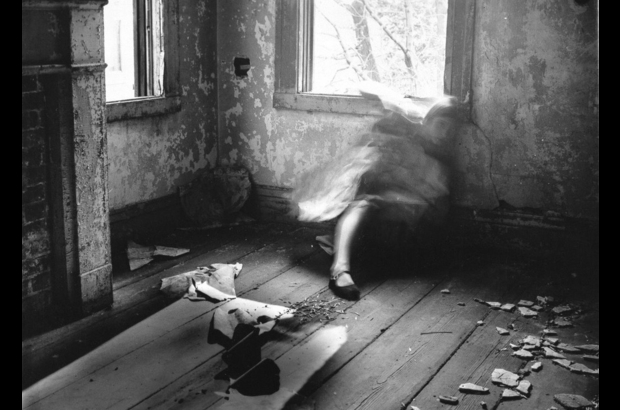 LAITH CAHILL investigates the politicisation of anonymity in the works of Elena Ferrante and Beyonce.

Earlier this year, Beyonce released Lemonade, a visual album brimming with intelligent and challenging imagery. It featured the defiance of ‘Don’t Hurt Yourself’, the tenderness of ‘Sandcastles’, and the snarling, shimmering poetry of Warsan Shire:

Lemonade was Beyonce’s creation, yet fans responded by looking to Jay Z and asking in whispers: what have you done?

Unlike many of her contemporaries, Beyonce remains something of an enigma and keeps herself at arm’s length from our Instagram accounts and Twitter feeds. The rush to personalise her album; the utter glee at the thought that Lemonade might be autobiographical, reveals an inclination to value some art primarily on how it exposes the personal life of the artist. But Lemonade was always more than a window into the married life of Beyonce and Jay Z. It is a bold exploration of what it means to be a black woman living–in the words of the writer Ijeoma Oluo–‘in a world that doesn’t acknowledge they exist’. The album has a unique ability to relate shared experience as narrative, as atmosphere, or in exclamations like ‘I got hot sauce in my bag’. In the essay, I Can Tell You All About Lemonade, Laura Jackson defines this as the ‘imagination that saves lives’, ‘tale telling, sung secrets, coded language’. Many engaged with Lemonade as art, political statement and a message of love, rather than as a few pages of leaked diary. But still, Oluo notes that ‘to read early headlines, Lemonade is about Beyonce and Jay Z’.

This impulse to expose the artist in their art was brutally pursued this year in the case of another female artist: the Italian novelist, Elena Ferrante. ‘Elena Ferrante’ is a pseudonym, and in October, international news forums revealed Ferrante’s ‘true identity’. The journalist who ‘discovered’ her was Claudio Gatti, whose apparently ethical reasons for doing so were unconvincing, belied by his large paycheque. The real thrust behind his dramatic revelation was the same logic that saw Lemonade confined on its release to the category of celebrity gossip by some writers.

‘To give an Author to a text is to impose upon that text a final signification. This conception perfectly suits criticism, which can then take as its major task the discovery of the Author beneath the work: once the Author is discovered, the text is ‘explained’: the critic has conquered.’

Correspondingly, patriarchal elements of the critical world are calmed by categorising Beyonce and Ferrante’s work as autobiographical. Both artists combine political and personal material and we are left to ask whether this would be a contradiction in the work of a man. In his exposition, Gatti ‘discovered’ and attempted to ‘conquer’ Ferrante as only a man would discover a woman: as only a man would dare.

Claudio Gatti was the last in a long line of journalists desperate to uncover Ferrante’s ‘true identity’. From the start, promotion of Ferrante’s novels concentrated on what the New Yorker’s James Wood described as a sense that they ‘seem to dangle bristling key chains of confession’. Interesting for their autobiographical scraps, Ferrante is somehow relegated to writer of her own gossip, leaving it for men to write ‘universal’ tales. Indeed, for a while it was thought that ‘Elena Ferrante’ was a man, and those who said so pointed to the ‘epic sweep of historical and political significance’ in her work. In the Neapolitan Novels, Ferrante charts sixty years of Italian political, economic and social history, without ever leaving the deeply personal relationship between two childhood friends: Lila and Elena.

By retaining anonymity, the author of the Neapolitan Novels highlighted how attempts to link women’s writing to biography serve to contain a work within a narrow scope. Ferrante avoided for so long what Lemonade shows again it is vital to avoid: the reduction of art to autobiographical gossip. With no ‘stable’ biography to appeal to, the boundaries of Ferrante’s work remained unfixed. Writing in the TLS, Ruth Scurr argues that, ‘of all the challenges to the patriarchy that Ferrante has issued, the most dramatic is her decision to sever the connection between her private life and the work’.

When the narrator of the Neapolitan Novels, Elena Greco, writes and publishes her best friend’s life without her consent, it severs the friendship that had sustained the novels. Elena asserts that,

The narrator’s desire to fix, in print, the boundaries of her friend mirrors Claudio Gatti’s attempt to confine the critical boundaries of Ferrante’s work to her biography. While ostensibly undertaken for the benefit of the person written about, it is the fixer ultimately who is calmed, while the fixed is conquered.

The ‘Neapolitan Novels’ are published by Europa (2012-5) and ‘Lemonade’ was released in April 2016 by Parkwood Entertainment.