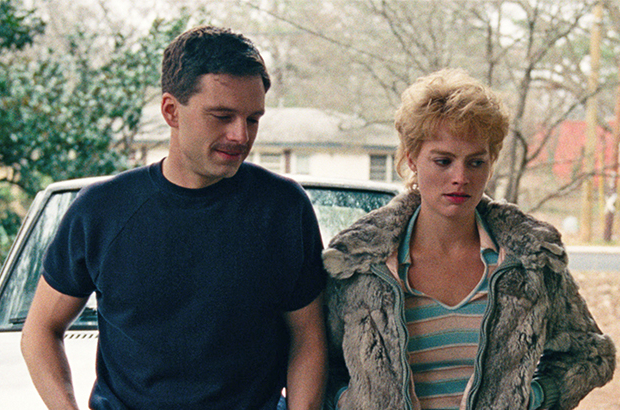 I, Tonya is a polyphonic retelling of the then 23-year-old figure skater Tonya Harding’s (Margot Robbie) involvement in the scheme to maim her rival Nancy Kerrigan (Caitlin Carver), by bashing her knee in with a baton in the weeks leading up to the 1994 Winter Olympics.

Famous for being the first American to land a triple axel, Harding was crowned best figure skater in the world in 1991. In the film, she shoots to stardom but struggles to maintain it as complications with ex-husband Jeff Gillooly (Sebastian Stan) and mother LaVona Golden (Allison Janney) arise. The attack on Kerrigan, simply referred to as ‘the incident’, is the culmination of the film as the ice cracks and Harding finds herself in deep water.

I, Tonya flits from past to present, recounting the figure skater’s trajectory from her abusive childhood to her harrowing marriage, as well as the rise and fall of her career as a professional athlete. Its mockumentary style includes commentary from Harding, Gillooly, Golden, and coach Diane Rawlinson (Julianne Nicholson), all of whom intercept the narrative to offer their perspective and reflections.

Raised in a working class, single-parent household in Portland, Oregon, Harding is often told she is not good enough by her own mother. Golden puts a heavy emphasis on tough love, admitting that she does not possess traditional ‘maternal niceness’, but rather, something better to pass onto her daughter: determination and discipline. The film flashes back to Harding’s childhood, of being pushed onto the rink at age four and made to skate for hours on end. On one occasion, Harding asks to use the toilet, and her request is denied — every last penny Golden has earned as a waitress went to the child’s training sessions, and not one minute was to be wasted. Tearful, Harding wets herself on the ice. On another, Golden reprimands Harding for talking to a fellow skater; she tells her that ‘that girl’s your enemy, stop talking to her.’

Golden transforms Harding into a driven athlete, and the film’s soundtrack of 80s rock music serves as a reflection of Harding’s grit and gumption. She smokes, swears, and fires shotguns. She skates to death metal, heckles judges, and refuses to wear frilly costumes because she does not want to look ‘like a demented tooth fairy’.  Her rejection of the cookie-cutter ‘wholesome American’ image makes her unpopular, but it is that same refusal to soften her edges that makes her great. She becomes an unlikely heroine, who is focused only on skating and blocks out the rest of the world when she is on the ice.

The film’s two female leads, Allison Janney and Margot Robbie, cultivate a fiery and compelling atmosphere. They are not just your average mother and daughter not getting along. Golden and Harding’s dynamic veers heavily towards black comedy, from verbal fights to physical ones. In the middle of one heated argument, Golden throws a dinner knife across the room, and it lodges in Harding’s arm. There is a tentative silence, before Harding plucks the bloodied knife out, slams it onto the table and walks away. Every moment shared between the two is proof of the acrid and visceral hatred they harbour towards each other, yet neither can live without the other. No matter how strained their relationship gets, both remain unfazed and simply trot on with gritted teeth.

Robbie’s trajectory as an actress is on the ascent as she dominates the big screen for the first time as protagonist. She gathers experience from her previous roles, including the caustic, highly strung wife of a corrupt stock-broker in Wolf of Wall Street (2013), an accomplished, thieving femme fatale in Focus (2015), and a loving mother in Goodbye, Christopher Robin (2017), and transforms into the hot-headed and resilient Tonya Harding seamlessly. Her portrayal of the figure-skater is also backed by months of rigorous training on the ice prior to filming, and it has since secured Golden Globe, BAFTA, and Academy Award nominations for Best Actress.

I, Tonya is honest and eye-opening, packed with dry humour alongside heart-wrenching moments of vulnerability. Following the scandal, Harding was banned by the court from entering all American skating competitions and effectively forced to end her career, and she reflects on her loss with an earnest voiceover. ‘America, you know’, she says, ‘they want someone to love, and they want someone to hate, and they want it easy.’ Harding was America’s easy villain, and her story is as inspiring as it is tragic.

I, Tonya is screening in selected UK cinemas from 16th February and is on general release from 23rd February.