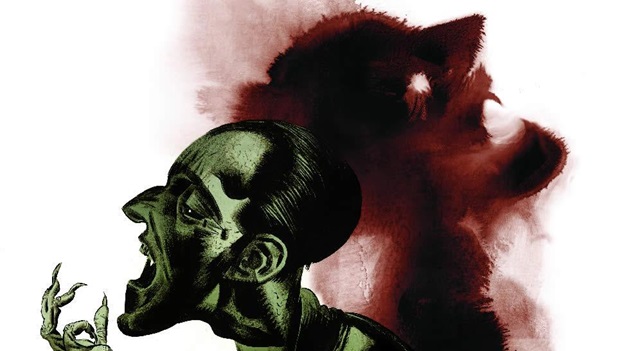 SASHA BURIK reviews Terror and Wonder: The Gothic Imagination, An Exhibition at the British Library

A meticulous multimedia collection which occupied me for three hours, the British Library’s new exhibition, ‘Terror and Wonder: The Gothic Imagination’ travels from the origins of Gothic literature, with Horace Walpole’s 1764 novel, The Castle of Otranto, to the expression of the genre in contemporary culture. Walpole, supposedly basing the story on a vivid dream he had, originally attempted to pass the novel off not as his own original writing, but rather as a medieval Italian text in translation. The literary modes of the 18th century seeming dull to him, Walpole took his inspiration instead from writers like Spenser and Shakespeare, as well as from the Gothic architecture of the Middle Ages. The exhibition dedicates a couple of rooms to Walpole and his Gothic interests and collections, including Strawberry Hill, his Twickenham villa remodeled in the Gothic style.

The exhibit continues by exploring the appeal of Gothic revival in late 18th and early 19th century novels. Walpole’s fascination with the medieval was not an isolated case of interest, and ‘death and the supernatural’ soon became popular literary themes.. The exhibit offers much space to author Ann Radcliffe, whose ‘brilliant use of language’ gave the genre ‘a certain respectability’. The exhibition displays early editions of her novels alongside paintings of certain scenes within them, notably by Swiss painter and writer Henry Fuseli. While perusing this part of the exhibit, the recurring shrieks from a film clip of the Bride of Frankenstein can be heard across a dividing partition between rooms, underscoring the dramatic and frightful lifeblood of the Gothic genre.

The next section moves onto the Victorian take on the Gothic, including Jane Austen’s Gothic parody, Northanger Abbey, and early copies of all the Gothic novels mentioned within the text. Authors such as Dickens took the Gothic genre out of its origins in medieval castles and reimagined it as an urban phenomenon, on the streets of Victorian London. Popular during the period, ‘penny dreadfuls’ offered the general public stories at an affordable price featuring ‘vampires, demon barbers and caped crusaders’–archetypes which are still iconic and universally recognized today.

The 19th century fin de siècle period of opulence and opium, ‘decadence and degeneration’, produced such Gothic-based works as Stevenson’s Jekyll & Hyde and Wilde’s The Picture of Dorian Gray. Meanwhile, outside of the literature yet informing public thought in the same vein, Jack the Ripper terrorized east London. The exhibition provides a good deal of interesting, first-hand material on the Ripper case, including an anonymous letter sent to the police and believed, unlike many other such letters, to have been sent by the Ripper himself.

The final sections of the collection cover the continuity of the Gothic genre in contemporary literature and film. This includes both inherited Gothic staples and modern concerns, exploring themes such as ‘psychological and bodily trauma’, nature vs. the industrialised world, and the ‘pains and pleasures of adolescence’. Also included in the modern section is the arrival of the Gothic musical genre in the 1980’s, featuring a visual aesthetic of dark androgyny and a musical style informed by its punk predecessor. The final room of the exhibit is comprised of photographs taken this April at the biannual Whitby Goth Weekend, where 21st century Goths and ‘other alternative lifestylers’ celebrate the history of the Gothic genre in literature and film.

Overall, I found the exhibition not just entertaining but cohesive, abundant, and inclusive in its information. Although it focuses mainly and delves deeply into the literary context, the collection also branches out into other art forms, and displays the Gothic’s significance in pop culture, history, and historical artifacts, the latter especially being those belonging to Horace Walpole himself. Compiled from a wide range of sources, offering background context, and chronicling the evolution of the Gothic genre over time, the exhibit documents the Gothic imagination in great detail, in an accessible way capable of appealing to both Gothic novices and seasoned enthusiasts.