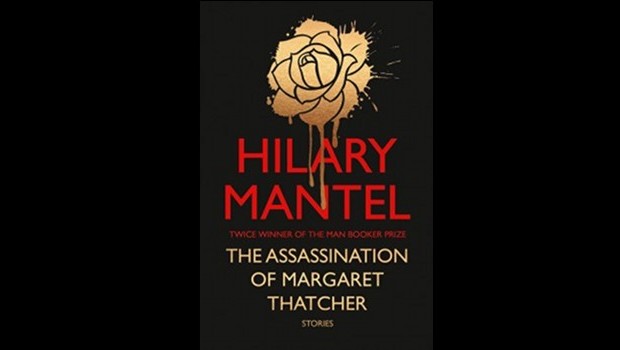 I have eagerly devoured all of Hilary Mantel’s previous works, from the books that earned her the Man Booker prize in two consecutive years Wolf Hall and Bring up the Bodies to her earliest work, Every Day is Mother’s Day. I was initially apprehensive when I heard that Mantel’s next project would be a collection of short stories, having loved her writing in the past for all of the reasons I felt short stories would lack. To effect the immersion of the reader in such an intricately detailed world seemed a tall order for the more constrained medium Mantel would be working with.

Reading The Assassination of Margaret Thatcher, I was happily proved wrong. It is a whistle stop tour that hurtles the reader through a variety of genres, characters and writing styles whilst remaining inherently Mantel; showcasing her polished style and delicate prose. Some stories, such as the opening tale ‘Sorry to Disturb’ are strongly autobiographical and brutally honest – others focus on the strange and chilling. All of the stories seem to be woven together by a theme of alienation – looking in at the world from the perspective of an outsider, unsure of where you fit in if, indeed, you fit in at all.

It is the titular story that will draw the most attention, and perhaps this is why Mantel saves it until last. The title itself is shocking and certainly has the power to offend, especially when seen alongside Mantel’s personal comments on Thatcher which are anything but flattering. Yet, the story itself is powerful offering an introspective look at the impact of politics on the everyday, and a consideration of what could have happened under Thatcher’s leadership. It can be easy to brush it off as merely Mantel exploring her own ideology, but she certainly finds the protagonist’s hatred of Thatcher as problematic as she finds the Iron Lady herself.

Yet, I find Mantel at her most effective in this collection when veering away from the situations grounded in realism, or in fantasy focused on realistic situations. Instead, it was the ghoulish nature of ‘Terminus’ that I found most intriguing. The story follows the protagonist after she glimpses her dead father on the train, and the ensuing struggle to find him again amidst the isolating turmoil of London streets is both haunting and incredibly moving. It truly highlights London at its worst: impersonal, lonely and alienating even when surrounded by a swarm of people. Personally, I think that the short flashes of description when looking at London perfectly encapsulate the feeling of the entire collection.

Mantel’s prose is uniquely hers. The collection is not for everyone; some plot lines are left hanging whilst others end on a seemingly unsatisfying note – mirroring real life in a way few authors dare for fear of leaving a reader unfulfilled. Whilst the collection manages to escape the criticisms launched at Wolf Hall’s confusing pronouns, the plot lines in several of the stories can be fairly long-winded and occasionally the climaxes will be so subtle you end up questioning whether you are reading too far into it. Other times, the resolution of the plot line feels like a slap in the face. Personally, I find the intensity Mantel manages to create, given the potentially restrictive medium, enthralling. The Assassination of Margaret Thatcher is an excellent display of Mantel’s prowess across a multitude of genres and styles with the ability to chill, shock, and amuse simultaneously.