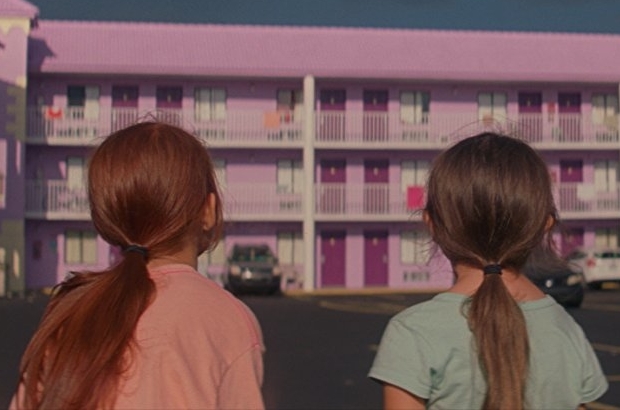 Sean Baker’s ‘The Florida Project’ is a tale about children growing up in the grimy outskirts of Florida, and seeing the world through their imaginative, dreamy eyes. It is set in Magic Castle, a name that evokes the Magic Kingdom in Disneyland, but, instead, is a motel for struggling Florida residents. The Florida Project was the original name for Walt Disney’s Disney World project; now it is a witty double entendre. Every shot is washed with dreamy pop colours, and the audience becomes immersed in a little girl’s fairy-tale.

But instead of a background of manufactured happy endings, the setting is brutally ironic. It is a world of strip clubs, gaudy souvenir shops that poach unsuspecting tourists and oil-slicked diners. The film watches like a fine piece of social realism. There is no music track overlaid until the final magic realism sequence. Alexis Zabé’s cinematography, with its cheerful colours and warm edges, softens the stark representation of American poverty.

The Florida Project is not a black comedy — any amusement on my part dissolves upon realisation of the distressing situation. The protagonist is Moonee, an endearing and rambunctious six-year-old who leads her friends around her wonderland of a neighbourhood. They scam their way into getting free ice cream (“The doctor says we have asthma and we gotta eat ice–cream right away!”), spit on windshields of cars and loiter around the streets. Moonee is mischievous and charming – but, in many ways, she has a bleak future.  Every act of hers foreshadows an adulthood in which she will wrestle with social judgment and authority figures.

Moonee’s mother, Halley, makes ends meet by illegally peddling perfume to guests in country clubs. Here, The Florida Project comments on the poverty surrounding tourist enclaves, but Baker never preaches to his audience. When desperate, Halley resorts to online sex work and keeps Moonee in the bathroom while she works. Inevitably, Moonee is influenced: when she watches her friend lick an ice cream cone, she says suggestively, ‘Go get that girl!’ Moonee has also learned to disrespect authority figures, hurling insults at them constantly. Most adults are amused, but as Moonee grows older, we are aware that her adorable delivery will lose its charm.

The most disturbing moment comes when Moonee intentionally sets fire to a dilapidated house; her only concern is that none of the kids tell their parents what they have done, unfazed by the wider consequences that their actions may have. Scooty, Moonee’s accomplice, guiltily buries his face in the covers. But Halley instead takes a photo of Moonee in front of the fire. Though the picture is hilarious – Moonee’s face plastered with a frown, standing sheepishly in front of her crime — it is disturbing, too. It is almost like a prophetic mug shot.

Of course, these characters are more complex than their transgressions; Baker sensitively creates three-dimensional characters who are a messy set of contradictions. In an extraordinarily touching scene, Halley brings Moonee and her friend Jancey to a grass patch presumably outside the Disney parks. They are celebrating Jancey’s birthday, and as fireworks explode in colour across the sky, Halley assures Jancey that these fireworks were specially launched for her. Halley strives to create an enchanting childhood for these kids, despite her struggle to escape poverty.

Bobby (played exquisitely by William Dafoe) is the property manager of Magic Castle, and is a true unsung hero. Bobby is a loving paternal figure who constantly looks out for his guests, playfully indulging the games between Moonee and her friends, and making excuses for his residents in order to protect them. Never patronising, his compassion injects hope into the lives of the residents. But the film is honest about the limits of this benevolence: in a devastating final scene, Bobby is powerless against authorities. Baker deftly portrays the nuances surrounding the issues of  the issue of child protective services in this scene, leaving the audience feeling unsettled.

Baker’s magical atmosphere acts as an ironic way of highlighting the poverty of these children, just around the corner from Disney World, the land of dreams. Baker’s human, dreamy portrayal of poverty in the Sunshine State is, to me, deeply disturbing. The magical dreamscape he creates distracts from the desperate situation of the families in the Magic Castle, acting as a sparkly smokescreen around the poverty that they endure.  And this, perhaps, is what makes Sean Baker an exceptional artist – his ability to find beauty in unusual places, transforming them into somewhere new.

‘The Florida Project’ is on general release.