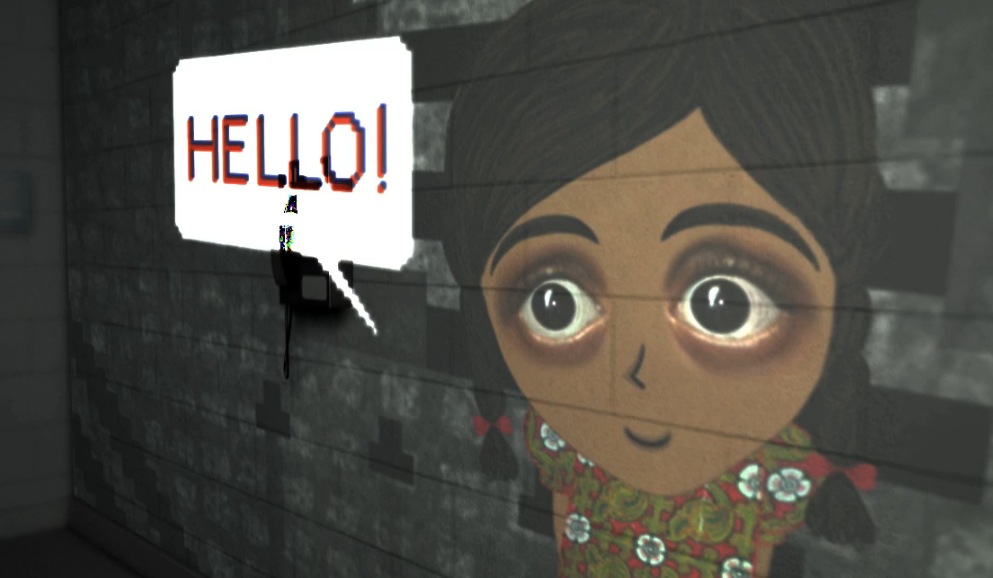 Eerie and emotive, The Invisible Picture Show allows the viewer to self-navigate through a virtual Immigration Detention Centre, and hear the voices of four detainee children, aged from 7 to 16. The ability to film in detention centers is severely restricted; therefore, this project relies on audio recordings from inside their walls, and animated illustration reminiscent of a video game to visually dictate their stories.

The audience becomes a participant in the documentary: Hawkins is using the 21st century addition to technological control in order to educate and inform on this humanitarian issue. The viewer is first taken down a grey virtual road; we hear loud unanswered automated phones ringing, and long pessimistic dialling tones. The only colour is in the yellow warning signs for DANGER littering the road, and ominous typed statistics and messages, the most potent being:

WE CANNOT SEE THEM BUT WE CAN HEAR THEM

Here Hawkins actively appeals to us, the viewers. He does so again and again in the documentary, asking us to TAKE ACTION. Being able to stop the experience at any time in order to sign a petition and contribute support to Hawkins’ cause is a unique element of The Invisible Picture Show.

Children most often end up in detention centers because they set out to seek sanctuary but lacked the proper documentation. These recordings of children in this situation were made in detention facilities in Australia, South Africa, Greece and the USA, respectively. Each child’s voice and thus each country visited is illustrated in a different digital style.

The title, The Invisible Picture Show, is intrinsically paradoxical yet the issues surrounding Immigration Detention Centers become immediately evident: they are there but we never see them. In this way The Invisible Picture Show differs from other more traditional documentaries. The viewer is not presented with an array of harrowing photographs; instead there are artistic and metaphorical representations of events. A virtual puppy and a panda in t-shirts represents two of the children in an artistic impression of the Pagani centre on the island of Lesvos, for example. In another scene, the sound effect of heavy breathing was employed, alongside a set of fearfully wide animated eyes. 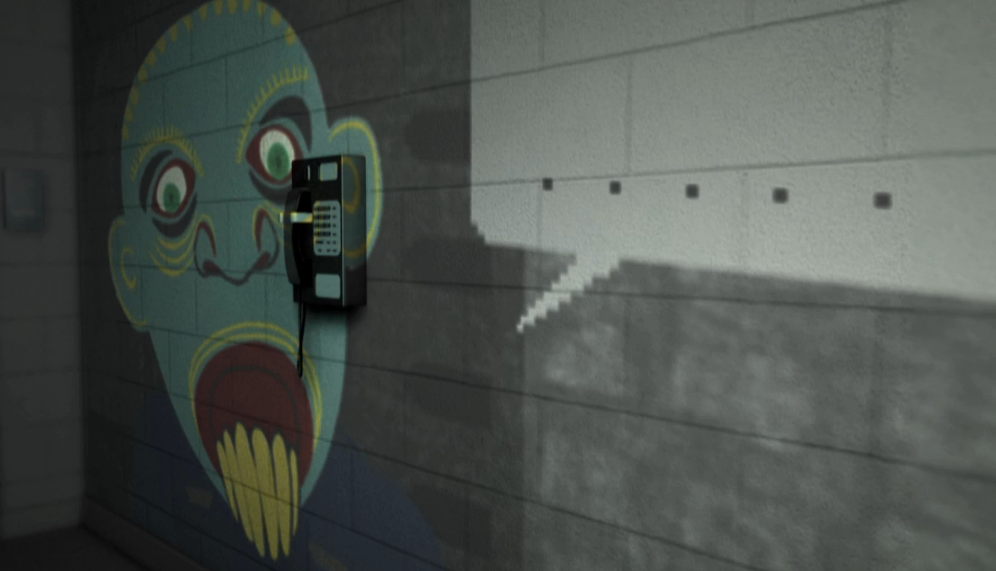 The reason the trans-media approach is particularly effective here is two-fold. Firstly, because of media globalisation people have become unresponsive towards the stream of shocking images that are plastered across TV screens. However, more prevalently, animation does not attempt to imitate the truth; ‘real life’ photographs and footage are so often manipulated or false, yet we forget this. In this way, not pretending to be reality leaves room for the viewer’s imagination and motivates our own exploration of the issue. The Invisible Picture Show left me curious and keen to help.

Speaking to Hawkins after this screening of The Invisible Picture Show brought the issue back home. Hawkins grew up in Kent and saw a dichotomy between the freedom represented by the UK’s iconic White Cliffs of Dover and those living in captivity in the Dover Immigration Removal Centre.

Ultimately, I felt that The Invisible Picture Show was raw and compelling documentary, playing with a pioneering new form of filmmaking.

Watch the animation, hear the children’s voices and interact with The invisible Picture Show here:
http://www.invisiblepictureshow.com/

xx BIAS PROJECT is a London based initiative that acts as a space for the exploration of the arts as a medium for social change. Through hosting screenings and discussion panels, the collective intends to demonstrate how the arts are a powerful tool in contemporary human rights discourse. xx

To check out BIAS PROJECT and keep in touch with future events please visit: http://www.biasproject.com/
And like their Facebook page: https://www.facebook.com/pages/Bias-Project/1418160821758442