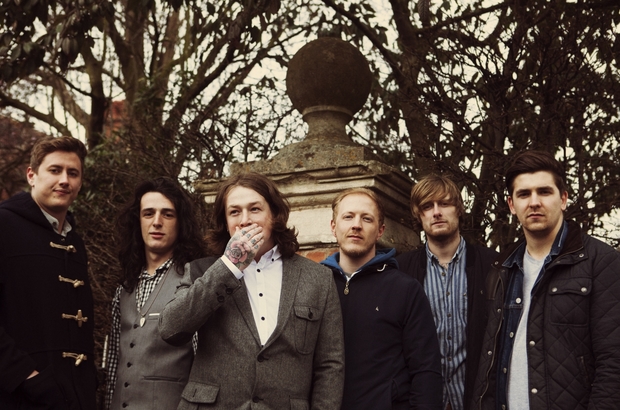 The first album I ever bought was Paramore’s Brand New Eyes. This was probably an odd choice for a twelve-year-old previously raised on a disparate collection of NOW 60, Classic FM, and Fleetwood Mac’s Rumours, but I admired the brashness and early-teen angst which Paramore offered with their earlier records, especially Riot and All The World Is Falling.  They were full of the feelings I was supposed to have been experiencing. I imagine that if this had continued, I would have ended up revelling in the ironic anxiety of All-American Rejects, the faux-pathos of My Chemical Romance, and maybe, just maybe, a genuine human emotion somewhere around Weezer’s Blue Album.

In this respect, it seems that I just missed the Deaf Havana train, which began with the release of their debut, the screamo record Meet Me Halfway, at Least in 2009, before they transferred to the pop punk genre. Deeply inspired by Jimmy Eat World, every song from their 2017 album All These Countless Nights sounds like a pining for a small-town American girl. She is most likely called Stacey: blonde, slightly tanned, works at her uncle’s diner, and lead singer James Veck-Gilodi has had a crush on her since the 7th grade, but now she’s going to prom with Brad from the football team (who, by the way, is a prick). Stacey isn’t given a character, in any other sense than how she relates to Veck-Gilodi and his fragile sense of masculinity.

This is reflected in the record, which has a strong thematic focus on the more sinister side of life and love, as inevitably fuelled by the aforementioned Stacey. Veck-Gilodi discusses his past relationships with anger on tracks like ‘L.O.V.E’ (‘I’m a drunk and you’re just lonely in love here’), and with a nostalgic, Americana-esque disdain on ‘Pensacola, 2013’. His disappointment with his background is expressed further on ‘England’, which ‘wears me out, drains the joy, that I swear I had when I was a boy’. Paired with predictable song structures and overly-distorted electric guitars, the overall effect is, unsurprisingly, somewhat erratic — which is why I proceeded with caution when approaching the new record’s second side.

Whilst I have never taken Deluxe Editions too seriously, it can be very valuable for an artist. Like an EP, it can allow them to hone new skills, and try out ideas that may not resonate with their audience. However, on All These Countless Nights, which was originally released last January, Deaf Havana have included not only three new tracks, but a reworking of every single song on the original cut. Admittedly, this works well at points. The reworked version of opening track ‘Ashes, Ashes’ replaces the derivative electric guitar tropes with a wonderful string-laden arrangement, creating the most satisfying moment on the extended release. The rest, however, seem like nothing more than stripped-down acoustic versions. What I wonder is: is this new reworked album supposed to replace the original? It certainly doesn’t enhance it.

These ideas culminate in a record brimming with intense self-deprecation and bitter, unrequited love. Lines like ‘So tired, of being tired and drunk and lonely/And I hate myself in the morning’ from the track ‘Trigger’ and ‘I’ve grown to hate myself some days/From lying through my teeth/Never meaning what I say’ represent an acute self-hatred, though one somewhat lacking in nuance.

Given the fact that this band’s main audience lies in malleable pre-teens, is their transparency healthy? On All These Countless Nights, it is difficult to discern whether the lyrics reflect Veck-Gilodi’s own feelings, or simply sardonic commentary on generic themes. Along with ideas such as ‘the myth of the artist’, Deaf Havana’s performance, whilst undoubtedly passionate, simply comes across as shallow, almost to the point of self-aggrandisement.

In Nick Hornby’s novel High Fidelity, disgruntled record store owner Rob ponders, ‘People worry about kids playing with guns… Nobody worries about kids listening to thousands – literally thousands – of songs about broken hearts and rejection and pain and misery and loss’. Rob then asks: ‘What came first, the music or the misery?’. The answer to this question isn’t always as clear cut; but in the case of Deaf Havana and All These Countless Nights, it seems as though it is skewed towards the latter.