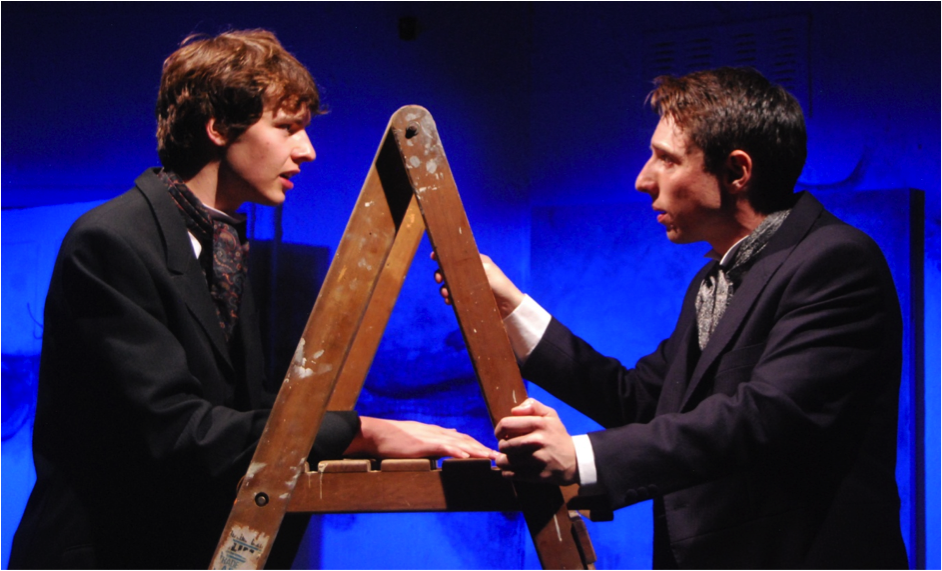 C.J. Wilmann’s inspired play is a brief window into the world of Oscar Wilde: a world of friends, wine and poetry; of opulence, luxury & hedonism. Yet a world of sexual inequity, repression and a “love that daren’t speak its name”. Wilde served as a bastion for the clandestine homosexuality at the turn of the 19th century, his devotees flocking to him like moths to a flame. Though for many, the light shone too bright, drawing them in to a daily fear of legal redemption and imprisonment. The play is their story, employing Wildean charm and witticisms, drawing us in with its own scintillating flame, though leaving us moved rather than burnt.

Staged at The Old Red Lion Theatre, The Picture of John Gray is the story of a post-lapsarian poet, previously the inspiration for Wilde’s key novel, The Picture of Dorian Gray. Having fallen from Wilde’s direct affection and replaced by Bosie, an adoring disciple of noble heritage, the play follows John as he comes to term with his stirring sexuality, career as a poet and new love. Set on the backdrop of London wide sweeps of sodomites in the wake of Wilde’s own arrest, John is faced with an agonising choice – does he accept his sexuality and continue his life with his underhand lover or seek religious salvation with a life of the cloth?

The play has a real love of language and is equipped with a fiercely well written script to reflect this. Wilman has successfully mirrored Wilde’s vernacular, garnishing the play with Wilde-esque pockets of wisdom that could have been lifted from any of his works. The script is ever more commendable for not having done so. Indeed, Wilde’s spirit pervades the play entire. Never making a physical appearance, he is a frequent off-stage presence, elusive and transcendent like a pseudo-deity that we can only hope to comprehend. The play is homage to Wilde’s literary, theatrical and philosophical heritage and handles it with masterful ease. 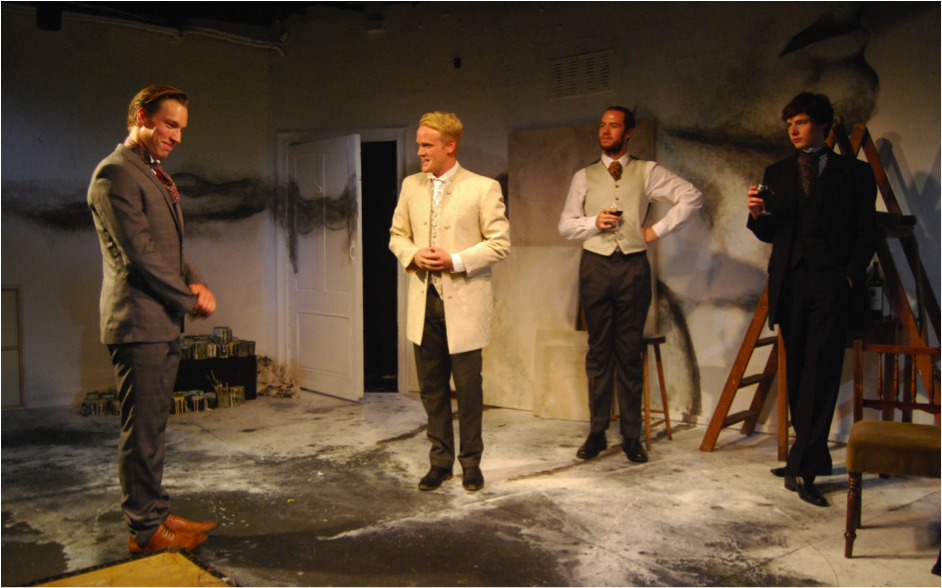 With a meagre ensemble of 5, the play is a character piece au maximum which the entire cast meet with what I can only assume to be open arms. It is with a clear sense of enjoyment that each performer sinks his teeth into this rich theatrical treat, executing his character with precision and finesse. I admit, I found myself to be beaming at most points throughout the play, which I hope to be indicative of the high standard of its performances. Notable performances came from Patrick Walshe McBride as the eponymous John Gray, a visage of boyish naivety and latent heartache which Mcbride embodies impressively. Christopher Tester portrays Gray’s lover Andre Raffalovich, a brooding intellectual of Franco-Jewish descent, steering the character convincingly through all of the play’s many junctures. A formidable performance.

At its core, The Picture of John Gray is a piece of counter-cultural theatre that touches brilliance. Whether a Wilde disciple or newcomer yourself, the play possesses an emotional sensibility that resounds throughout. Beneath the glossy exterior of fine Sicilian wines, bohemian abodes and venison is a story of real tragedy, stoically contained by its characters, resigned to their fate as inverts and outcasts in a heterosexual world. My one complaint is that it does not have a bigger stage. It is a joy of a play and it demands to be seen.

The Picture of John Gray is running at the Old Red Lion Theatre until 30th August 2014, to book tickets click HERE