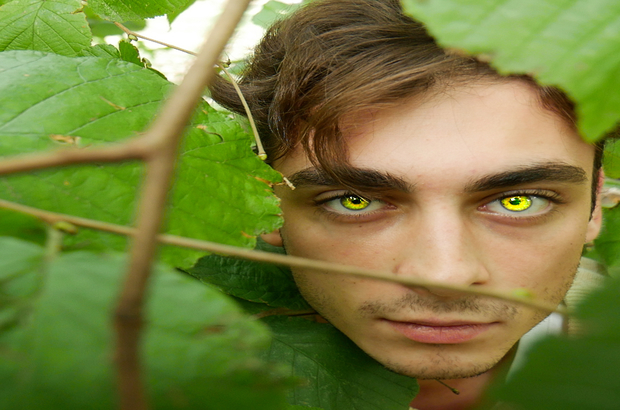 Auditioned, cast, rehearsed and performed within a week, UCL Drama Society’s Freshers Plays invite fresh-faced, theatrical first years to get involved and showcase their talents from the get-go. Grappling with the incredibly complex challenges faced by students today, comedy Venus Fly Trap provided a sharp contrast to the mystery and intrigue of imaginary worlds explored in The Storyteller; Venus Fly Trap embraced and maturely analysed serious, difficult issues, whereas The Storyteller encouraged the audience to re-discover their inner child. It seems apt that the casts would capture the juxtaposition between youth and adulthood when they themselves, just starting university, are at the defining junction between the two.

‘Let’s go around the table and say where we’re from, what we’re studying, and which societies we want to join.’ The opening scene of the brilliantly sharp and thoughtful Venus Fly Trap by Phoebe Garthwaite, was disconcertingly relatable; just as all freshers do in their own first year halls, the cast sat around their communal kitchen table making small talk and answering mundane questions. In this way, the audience was immediately introduced to the flat, consisting of students Hugo (Giacomo Serafini), a public school boy with a predictable love of rugby; Alice (Zsuzsa Magyar), a free-thinking History of Art student; Juliet (Maya Bowles), level-headed, sensible and pragmatic; Aubrey (Korede Solomon), the vegan traveller with a tendency to link all stories back to his gap-yah, and Matthias (Jack Curtin), an endearing German exchange student with bountiful excitement and a thick accent. Directed by Garthwaite and Agnes Dromgoole, and produced by Emily Murphy and Maddy Stewart, Venus Fly Trap examined how halls can present a microcosm of the wider world, with hugely contrasting characters thrown together and forced to share a kitchen and toilet.

While the play poked fun at the various fresher stereotypes, with a rap performed by the Vegan Society dedicated to the humble cucumber a prime example, Garthwaite cleverly posed such comedic moments with a parallel subplot centred on character Hugo. As the play progressed and the weeks of the term slipped by, the audience witnessed Hugo suffering under parental pressure and the desire to be successful. His unravelling and clear struggle with mental health painted a picture which contrasted with the happy, carefree imagery often associated with student life, and highlighted the importance of mental health awareness in a community that is at once both sociable and isolating. Uniquely tackled in a setting familiar and highly relevant to both the cast and audience, Venus Fly Trap courageously addressed some of the issues surrounding mental health in a university context and demonstrated the ease with which we can miss the signs of struggle amongst our peers when caught up in our own hectic lives. With compelling performances from cast members in both principal and supporting roles alike, Venus Fly Trap was thoroughly engaging and moving.

With The Storyteller, the audience was greeted by a Star Wars bed set and some crushed cans of Stella Artois. The brainchild of Will Mead and Miles Blanch, and produced by Poppy Crumpton, the second play followed the tale of father Sidney and daughter Charlie as they are ‘plunged into a world of imagination where gods, giants, and dwarves walk the earth.’ First on stage was Sidney (Sam Jones), middle-aged and kitted out in business attire, visibly stressed and beginning to crumble under the pressure of trying to find a work-home balance. His delicate façade cracked after the introduction of infant daughter Charlie (Rebecca Pauley). Sidney’s sharp retorts and lack of energy to deal with his daughter’s innocent requests led to regret, a couple of cans of Stella, and a book. It was at this point that the audience was swept away to another world, and encouraged to embrace their own inner child, as the warm and hugely entertaining cast of The Storyteller emerged from the pages to explore the imaginary.

Watching the cast huddled together, cawing and flapping with such energy was enthralling. Physical theatre can be achieved to different degrees of success, and it was refreshing and delightful to find a cast so charming, cohesive and flawless in their execution; the commitment of each actor to their role must be applauded. Confronted by a multitude of otherworldly giants, gods, and dwarves, the audience watched as Sidney endeavoured to keep himself safe and navigate the enemies in his path to find his way out of the imaginary world.

While notably different, Venus Fly Trap and The Storyteller had one incredibly important thing in common: a diverse range of characters representing many walks of life (from this world and beyond). With an emphasis on the contrast between the innocence of childhood and the challenges faced at university and throughout adulthood, both plays managed to use their vastly different subject matter to effectively illustrate the different ways humans think and act throughout various stages of life. A fitting analogy for the life of a student, the audience was allowed to feel young and at liberty to use their imagination, while simultaneously nudged to think about the problems facing the wider world.

Venus Fly Trap and The Storyteller ran from the 6-7th October at UCL.