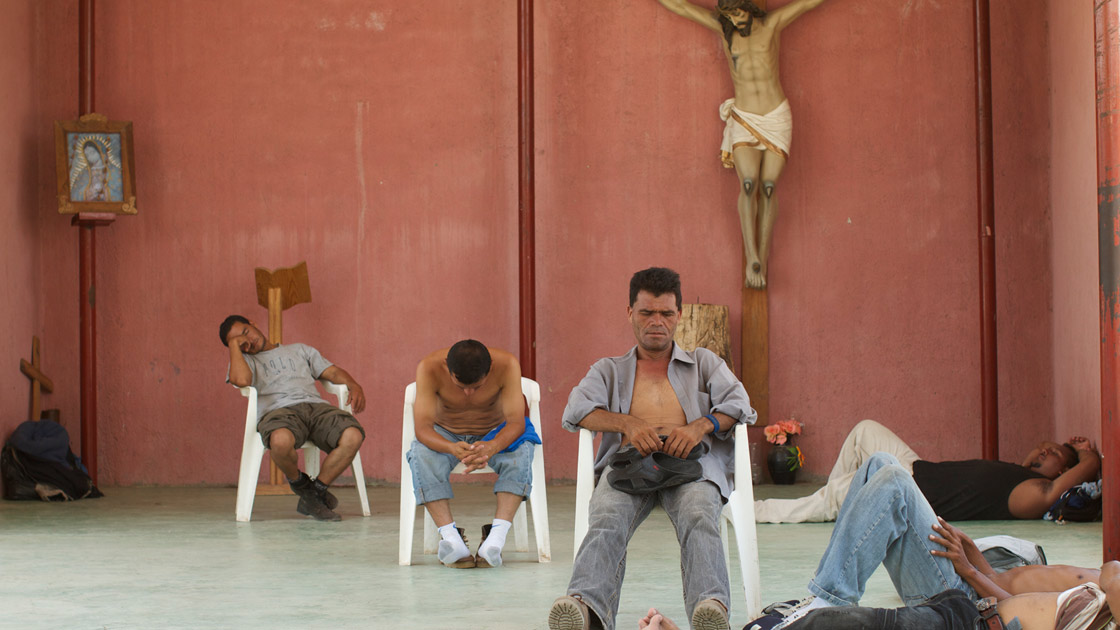 Marc Silver’s tender documentary Who Is Dayani Cristal? chronicles the exasperating struggles faced by Central American immigrants heading north to the United States. It focuses on the journey of one particular migrant, who, discovered in the Arizonan desert, causes an extensive investigation to attempt to identify the deceased. The film melds more traditional documentary style interviews and reportage with a fictional framework, starring Gael Garcia Bernal, who retraces the perilous route ventured on by desperate migrant workers.

The film was acclaimed with an award for cinematography at Sundance Film Festival, and deservedly so; the swooping vistas of the various landscapes are stunning and capture the magnanimity of the immigrants’ traverse across the Americas with a supreme aesthetic. Powerful images of stacks of anonymous bodies in bags, unidentified skulls and personal effects are a testament to the stark anthropic dissemblance that occurs in migratory investigations. The film can be commended for its use of pacing, which allows for a gradual and poignant final reveal. The film’s closing chapter aims straight for the tear duct and does so with sensitivity, moving away from the political.

However, there is something a little crass about watching an Oscar nominated actor play pretend as he mucks in with genuine migrants. Whilst this is a professed attempt to introduce the audience to travelling migrants first hand, encouraging them to look past damaging stereotypes, the focus seems to fall nominally on Bernal’s head and his journey, which we know to be falsely constructed. Silver may have benefitted by sticking to traditional documentary framework, the fictional aspects proving somewhat insoluble to the rest of the film. 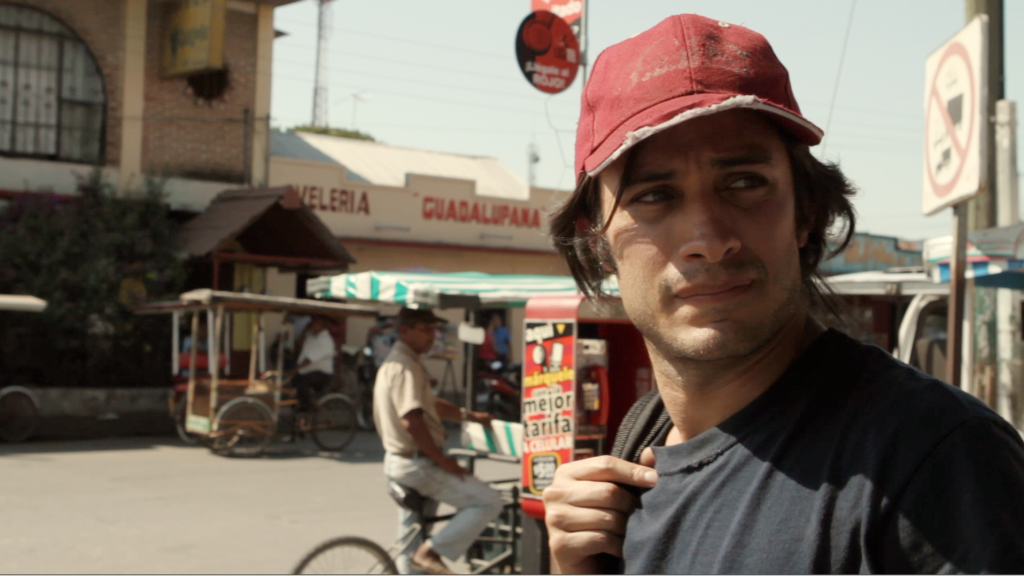 Interview with the Director, Marc Silver

What influenced you to make “Who Is Dayani Cristal”?

I wanted to focus on the Wall between the USA and Mexico. We launched a website that asked people to send in stories about divisions in wealth. One of these stories was about police finding unidentified skulls in the deserts of Arizona. I remember seeing an image of a Border Patrol agent holding a skull in a vast empty landscape. I thought that following the investigation into an unidentified skull was a fascinating and poetic way of exploring the dehumanisation of migrants. I literally asked myself, ‘What can a skull in an empty desert tell you about the world?’ My question was less a ‘who done’ it?’, but rather in a wider way, a ‘what happened?’

What was the intended effect & role of the sub-narrative with Gael Garcia Bernal in the broader fabric and focus of the film?

Given that our main character was an unidentified dead person, we wanted to craft a narrative that built identity and humanity – someone audiences could empathise with and feel for. We chose to do this by literally following the journey the man took from his home in Honduras all the way to the exact spot where he died in the U.S.

This ‘retracing the footsteps’ meant that not only would the audience learn about the magnitude and dangers of the journey, but they would also get to meet real people making the same journey. Not only were we humanising one person, but we were humanising migrants in general and deconstructing the ‘illegal’ or ‘alien’ stereotype. 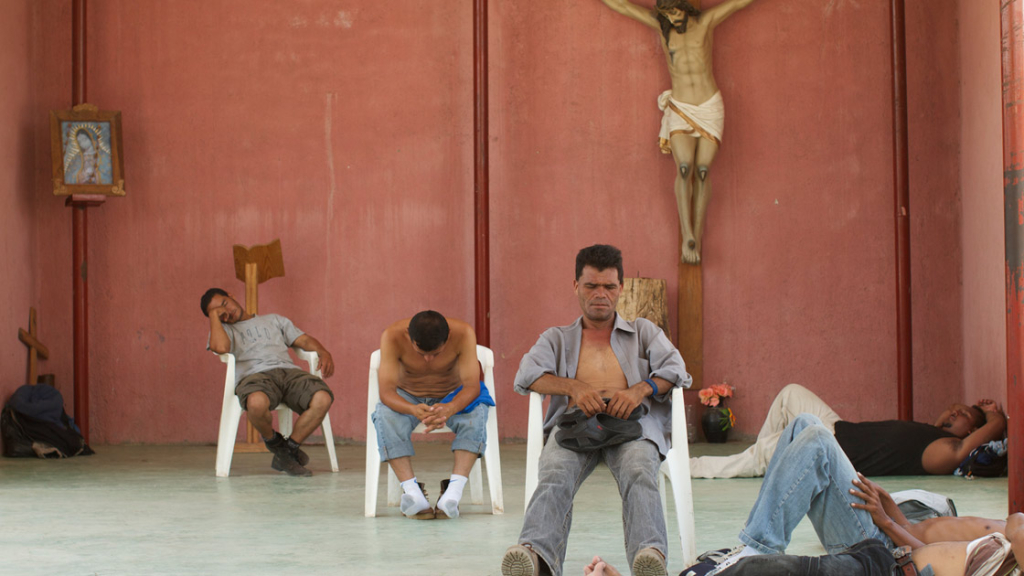 This is a deeply ambitious project spanning several corners of various continents. What was the biggest challenge you faced whilst filming?

The statistical odds were against us. Of the 2000 bodies recovered from the desert over the last decade, 700 still remain unidentified. The large majority of migrants do not carry any form of identification

The most challenging single moment for me was when I returned with the body to Honduras. The airline had actually left the body in a U.S. airport when we transited because the plane was full, and they insisted on carrying ‘luggage before bodies’. I arrived in Honduras to meet 30 family members waiting at the airport, and the cargo handler explaining to all of us that there was no coffin on the plane. When eventually the body was returned home and the community were lowering the coffin into the grave, many people were demanding that the coffin be opened so that they could ensure it was actually the right person in the coffin. There have been stories of the wrong body being returned to the wrong family. I remember turning the camera off as they attempted to unscrew the coffin lid – but fortunately it was the wrong type of screwdriver and the coffin remained sealed.

In dealing with a broadly political issue in such an emotively charged way, have your own views or feelings towards both migration and how to approach it developed as a result?

The experience of making the film has had a profound effect on my perception of death, and in turn life. The storytelling itself has reminded me that we need to be able to understand and empathise with other people in order to care – facts and figures are not enough. In a world where access to bites of information is everything, this process has bolstered my belief that emotive, aesthetically powerful long form documentary is essential in retaining an informed electorate, and in turn a meaningful democracy.

What is it you hope audiences will take away from seeing this film?

In general, I want audiences to ask themselves how far they would go for their own family if push came to shove. I hope that we have created a documentary film that shifts the audience’s perspective on any prejudices they may have towards so called ‘illegals’ and ‘aliens’.

I want them to look at migrants in the knowledge that their journey did not start easily on the other side of the Wall, but that they had to leave loved ones for universally acknowledged reasons.

Furthermore, I want them to feel proud of the humanitarian work Americans are doing in helping to end other peoples’ pain by repatriating remains to families.

Who is Dayani Cristal? Will have it’s UK Premier on 24th July 2014 at Dochouse at Rich Mix Cinema, along with a Q&A with director Marc Silver. Click HERE to book tickets. It will then be released on 25th July in selected cinemas across the UK, distributed by Pulse Films. For more information, visit www.whoisdayanicristal.com