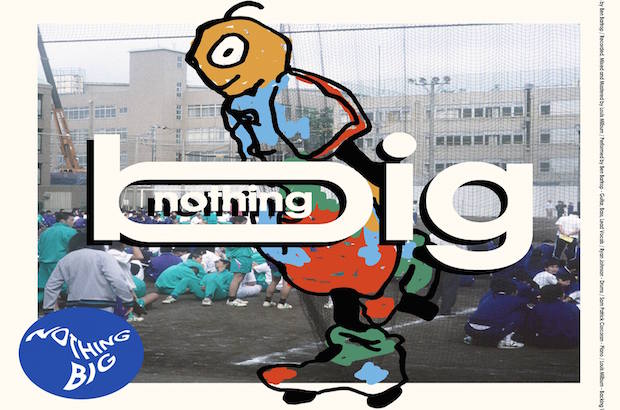 Introducing ‘Nothing Big’, the debut EP from BIG NOTHING.

With tentative footsteps, Big Nothing creeps out of his shell with his first official release ‘Nothing Big’. Listen to the stunning lead track, ‘Different People’, and read our conversation with Big Nothing to get an insight into the four songs.

In conversation with SAVAGE, Big Nothing elaborates on how writing as a solo artist came about, as well as how he feels this aided the textural and intricate aspects of the EP:

‘I’ve been into writing songs since I first started playing guitar and formed a band with my best friends from school. I had a year out before coming to UCL when most of my friends went off to unis around the country and that’s when I really got into songwriting. I hadn’t really intended to do things solo but it’s the way things happened, and I enjoyed coming up with all the parts of the songs, adding things layer by layer as and when they popped into my head. As opposed to my previous experiences in bands, it was nice to have total control of how the song ended up (read: control freak).

‘I always wanted a band to perform my songs with, and it took a while but by the end of first year I had made a good group of friends who were talented musicians and keen to play so we put our heads together and formed a ‘proper band’. Big Nothing perform as a full band live, which is necessary to deliver some of the EP’s more powerful tracks, like ‘Running’.’

‘Running’ is the second track on ‘Nothing Big’. Starkly contrasting the opening ‘Boy, Unsatisfied’, it is a behemoth, with monstrous, elephantine instrumental and vocal waves that flood over the slowly building guitar as the song climaxes into twisted, unrecognisable noise. We learn from Big Nothing, ‘most of ‘Running’ is actually from the original demo I made in my room two years ago, recorded with a laptop microphone it’s layers of heavily distorted guitar and recordings of me making trumpet noises with my mouth.

‘The EP came about as I had been piling up demos that I had done in my bedroom over the years. All of the recordings are largely derived from the initial demos I had done of them at home – we basically were just looking to reproduce their sound with genuine recording equipment. Two of the songs, ‘Running’ and ‘Fall Asleep’ were written before I came to UCL, and the other two were written during my first term here.

‘Big Nothing is named after an Elliott Smith song, so inevitably his influence can be traced on a lot of songs I write. I would probably have to cite him and Radiohead as my two biggest influences, and maybe that’s why, like them, I’ve always liked mixing between acoustic and electric guitar, I admire their ability to create songs that can be so huge-sounding and multilayered but can also feel intimate and personal. I would say there are hints of Pavement and other 90s indie rock bands scattered throughout, as they also were big influences on me when I started writing songs.’

There is undoubtedly a variety of sounds on ‘Nothing Big’: Thom Yorke style vocals on ‘Boy, Unsatisfied’ open the EP; ‘Running’ is reminiscent of Kevin Shields’ style of guitar; blues and folk hints pervade ‘Different People’; and ‘Fall Asleep’ ends the EP with upbeat vocals and indie riffs that perfectly epitomise the range of influences at play behind Big Nothing.

‘The choice of songs wasn’t that easy as I had quite of lot of demos that I would have liked to rerecord properly. I was keen to include ‘Boy, Unsatisfied’ and ‘Different People’ as they were written quite close to when we started recording and were more in line with the kind of sound I wanted the EP to have. ‘Running’ was added to shake up the overall sound a bit, and maybe give the EP a little bit of a sinister vibe, which is fun.’

Listen to the full EP from Big Nothing on Soundcloud below:

‘I can’t speak too much of the general mood of the EP, it’s up to people to listen and see how it makes them feel. Most songs I write are pretty melancholic and are normally quite introspective. As most of the songs were written a while ago, I’d feel comfortable to say they maybe capture a certain time of my life. It’s not necessarily intentional but the songs all have an element of naivety and dare I say it, childlike yearning. That’s kind of represented in the cover art which was designed by my older brother, Jack.

‘Nearly all the recording was done in my friend Louis’ bedroom. The drums were played by my friend Ryan Johnson and they were recorded in the little ‘drum shack’ he had in his old garden. The piano track on ‘Different People’ was actually recorded in Australia, I had met a guy when I was on holiday in Italy and we jammed together several times out there, he’s an amazing pianist and so when I was looking to add a piano track to the song he immediately came to mind and was kind enough to send over a recording to accompany the song. What a guy.’ 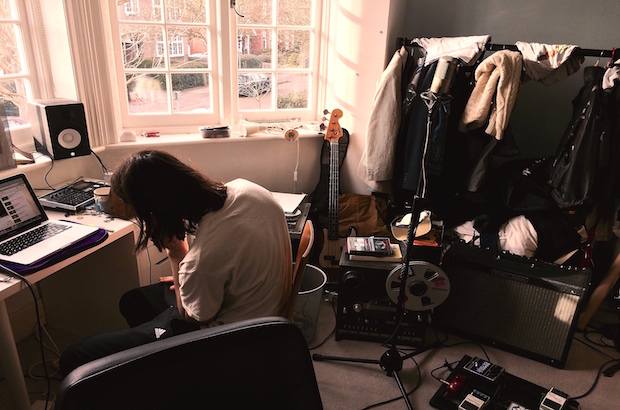 The band have no live shows lined up at the moment, but are always ‘keen for the opportunity as and when it comes’.  Since their main drummer left they’re also looking for a permanent replacement – ‘I’m quite happy to advertise the role here if anyone’s interested!’

Check out Big Nothing on Facebook to keep updated with any releases or shows in the future.