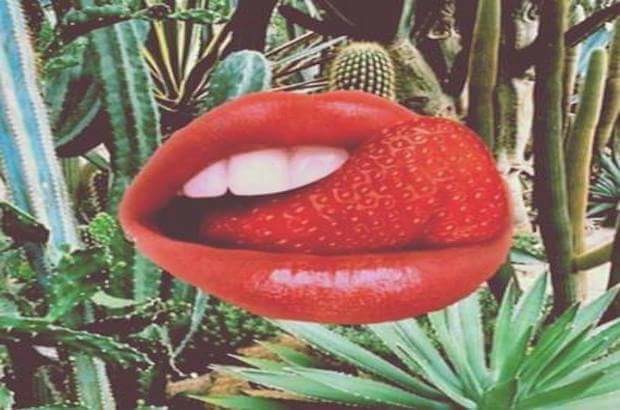 The latest track from LOCO ONO and an interview with the band.

In preparation for an exciting line up of upcoming shows, fuzzy three-piece Loco Ono have released a new track, ‘Bloody Knees’. Listen to the reverb-washed grunge track below and read what the band have to say about its sound and live potential:

SAVAGE: Despite its name, Bloody Knees seems to progress from your earlier grunge inspired tracks by introducing a more controlled and suspenseful feel. Is this something that you think you will continue with, or are the heavier hints towards the end of the track a sign of greater things to come?

It’s funny that you mention Bloody Knees, actually. That song pretty much started out as a weird pet project of ours. We initially had no intention of releasing it online—we just wanted to make it as strange and eerie as possible without feeling like we had to make it sound like our other tracks. We decided on a whim to throw it up on SoundCloud a couple weeks ago, and it got a pretty good response, so for us that’s a bit of encouragement to step out of our comfort zone in the future. All three of us really like heavier songs, but in general we like to balance out the intensity with maybe a softer or more controlled verse, so that way the heavier bits pack more of a punch.

S: One of the great features of Bloody Knees is the way that it seems to slowly wind into action, gradually stirring and hinting towards its conclusion as the song builds. How do you find this fits into your live sets? Do you use it as a break from some of your faster more demanding tracks during the set, or does the song’s climax serve well as finale to your performances?

The way we structure our setlist varies from gig to gig, but generally we like to play our faster, punkier songs towards the beginning to grab peoples’ attention. We usually save our last song to play something a bit weirder or more instrumental—like Bloody Knees or Sunny Day. We’re definitely conscious of how both songs can drive the whole set to a climax because they’re quite noisy and distorted.

S: Quite a unique feature of Loco Ono is your instrumentation. How do you think using just a ukulele, guitar and drums effects your writing process and your audience’s perception of live shows?

At our gigs, people seem to always be mystified by the electric ukulele. I’ve had people come up to me after our shows and ask if it’s either A) a small bass guitar, B) an electric banjo, or C) an electric violin. The electric violin thing really threw me for a loop, especially considering I’ve never seen anyone strum a violin, but I digress. Since we are just uke, guitar, and drums, we’ve had to experiment with ways to compensate for not having a bassist. Pete uses an octave drop pedal on his guitar to get a beefier sound, and both he and I usually turn up the low-end on our amps whenever we play live. As far as our writing process, since the uke is heavily chord-based, I’ll usually just come up with a chord progression and a vocal melody that I think is cool, and then Pete will come up with lead guitar parts to put over it. At that point, we might have a rough idea of what we think the drums should sound like, but most of the time we’ll just leave that up to Nathan.

S: Your SoundCloud showcases a variety of different moods within your music, ranging from lo-fi and swamping reverb to grunge and psychedelic influences. Is there a particular tone that you feel comes out on top when you perform live?

As a band, we’ve never really felt constricted by one genre and like to experiment with a lot of different styles. I suppose when we play live, our songs tend to sound a bit heavier and grungier because we often play in small clubs and venues where you can literally feel the vibration of the drums and the feedback from the guitar and uke.

S: On the topic of live shows, you recently played a gig for Teen Creeps x No Brainer, and excitingly you’re soon to be performing a show with Fluffer Records – how do you guys feel about playing shows with such notable company?

Really honoured and excited, if I’m being completely honest. We went to Volume I of Fluffer Record’s ‘Custard Thruster’ mini festival series and had such an amazing time. All the bands blew us away. Being asked to play Volume IV in November was incredible not only because we’ll be in the company of so many amazing bands, but also because Fluffer is a record label that just oozes cool.

S: Finally, how do you find being a band in London and being part of its overwhelming music scene?

Overall, London is a great place to make your mark as a band, but there’s definitely a really high standard when it comes to the music scene. Because there’s so many talented artists, you have to constantly innovate and challenge yourself to write the best songs you can, play as well as you can, and promote your music as best as you can. It’s a lot of work, but at the end of the day, the pay off is amazing.