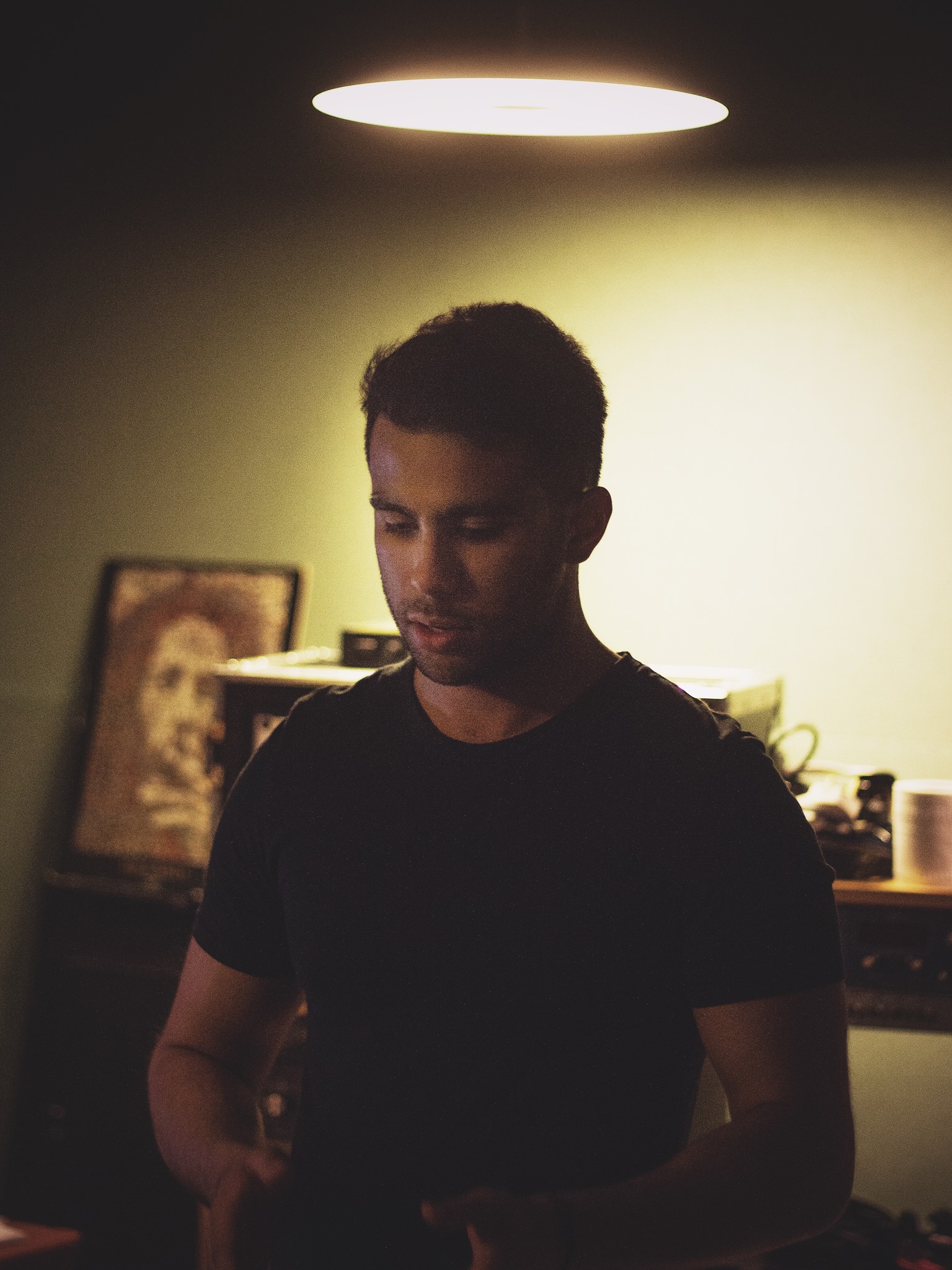 HYPHEN’s latest instalment from his Dark Room EP comes in the form of Quentin Tarantino. Check out his interview between Tom Kwei from Battle Rap Resume, and be sure to take a listen to the track below…

Tom Kwei: Why is there such a focus on one-take performances for your Dark Room series? Improvisational music makes sense in that context, notes suggesting new notes and patterns in the white random heat of a solo etc, but surely with these songs you have the lyrics all written and rehearsed to pat? So what really is being enhanced by the ephemeral nature of the performance apart from hand movements and breaths?

HYPHEN: That’s a great question. The possibility of failure with practical consequences added a lot of useful pressure to the whole process. For any recording I was on the clock; I had limited studio time, limited time with the camera crew, and because of work constraints a restriction on how often I’d have time to get in the studio. If I messed up a performance it would delay the whole project by at least a month. Knowing that meant I practiced very regimentally before the recording session. On the day of recording, I was nervous because my performance on the day mattered more. This hopefully came across as a more energetic, authentic performance. Finally I’ve always loved live performances. I find it really interesting that your mind almost goes blank for the period of time you are performing. I also feel it’s a lot more engaging to watch as an audience member. So I thought the best way to make the videos feel like a live performance is to make them a live performance.

TK: What are you certain of in life?

H: That I want to spend as much time practicing music as I possibly can for the rest of my life and that I have a really close circle of family and friends. I used to change my mind a lot on big questions about my life; what do I want to do for work, where do I want to be in five years time, do I want a family etc. Since I started writing, the answer to all those kinds of question became centred round one thing, how can I become better at making music.

TK: You mention Kendrick Lamar and Jimi Hendrix in ‘Quentin Tarantino’ as well of course the titular figure himself, how important are heroes to you in terms of inspiration?

H: Massively. My group of friends and parents on the whole don’t listen to that much rap music, so I didn’t have a chance to learn that way. My heroes are like the textbook I’m trying to study from. I think having heroes that are an integral part of developing your music keeps you grounded as a person. While I’ve definitely improved my skill set since I started writing, recognizing how much better someone like Kendrick Lamar is reminds me how all I’ve done so far is take the smallest of baby steps.

TK: Is there anyone we’d be surprised to learn that you regard as heroic?

H: The Belgian artist Stromae is a real inspiration for me. It might be surprising to know that given all his music is in French and I don’t speak much French! He has a huge global following but the fact that his songs are never in English means his following in the UK is limited. He makes the kind of music I aspire to make. The lyrics are poetic and meaningful but the production is incredibly upbeat; he uniquely makes music you can listen and reflect on your life or get smashed and dance badly to. I’ve heard it called ‘Turnt poetry’.

TK: Where does the name Hyphen come from? Have you ever been called anything else in terms of artistic persona?

H: It’s a silly play on of my actual name; most people pronounce my name Aadarsh as ‘A dash’ i.e. a hyphen. Additionally when I started I wanted a lot of control over what people saw, having a pseudonym meant it’s more difficult to search my real name and find my material. I don’t think I’ve ever been called anything else, a couple of people said I was like an English Allan Kingdom. Not sure I agree, but still going to take the compliment.

TK: What kind of creative patterns, routines or rituals do you have?

So many. Wearing sunglasses has recently become one. The main ones are practicing the piece with the music sped up to 1.5 times the original speed and not talking to any friends before going on stage. Going through the piece at 1.5 times the speed is sort of like low oxygen training for runners; if I can do it right in far more difficult conditions it gives me the reassurance that I can do it on the day in what should be a slightly easier setting. Learning not to get distracted by talking to my friends pre-performance is something I learned the hard way. I had a battle, which I was on reflection under-prepared for. A few friends came to watch. Rather than going over my lines pre-battle I was catching up with my friends. Distracted, I got on stage and gave a very average showing. I’ll be sure not to make that mistake again.

TK: Is there any guidance you would give to anyone else feeling your frustrations but unable to perform as you do?

It does feels odd giving advice given I feel very much at the beginning of my process. But I think learning a new skill is a very helpful way of dealing with any frustration you might have. That skill could be kickboxing, singing, cooking or anything else. Personally the source of my frustrations was a worry that I was spending my life in the wrong way. I’d feel like years had passed but I was in the same position, as clichéd a phrase as it is, I felt like hadn’t grown as a person. When you’re constantly trying to hone a skill, it gives you a yardstick to show that whatever else may be going on, your time isn’t wasted. I still have the first rhymes I wrote and they are embarrassingly bad; it’s satisfying to see that over a few years I’ve improved. I feel that sense of improvement in any context helps deal with any long-term frustrations professional, personal or otherwise.