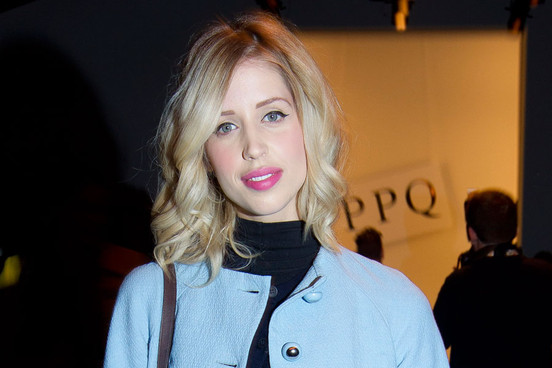 When I heard that Peaches Geldof had died, suddenly, at the age of 25, I was shocked. In fact, shocked is somewhat of an understatement: I was quite upset. Maybe because she leaves behind two small boys who will now have to grow up without a mother, or because it’s eerily reminiscent of her own mother’s sudden death. Maybe it’s both of these things, but it’s also because I felt as if I was fully aware of how much she loved her children, because for some time now, I had seen pictures of Peaches and her family several times a day on my Instagram feed; much more frequently, in fact, than I do my own family – be it in photo form or real life. I felt sad for her family because I’d become privy to her life with all of them. In some weird way, I felt as if I knew her.

When you see that written down, it looks ridiculous – really ridiculous in fact, and also more than a little selfish. Peaches’ death, contrary to what all the tabloid newspapers’ front pages may be saying, is not about what she posted on Instagram, or what her last tweet was, or whoever might have seen it. It is the private business of her family and her friends: the people who actually knew her. Whilst it is nice that “#RIPPeaches” is trending on Twitter, is it not a little… impersonal? It was the same when Lou Reed and Nelson Mandela died; people tweeted their ‘messages of condolences’ followed by 140 characters of what they ate for breakfast, whilst some even tweeted wondering who the person they have just mourned actually is. Social media has created a bizarre false sense of the personal (like it did with me), whilst simultaneously removing any sense of the actual person. As shocked as I was to hear about Peaches’ death, I was astounded to see the reaction of some people on Twitter. “I don’t really know who she was, but it’s always a sad day when a celebrity who isn’t Justin Bieber dies” was one thought that someone deemed appropriate to put out into the world forever. “Peaches Geldof has died – here are 25 of her best looks” was the magazine giant Cosmopolitan’s tasteful contribution.

The paradox of social media is that people feel more connected than ever, but the connection itself is an illusion: our personal proximity or distance remains the same. I’m willing to bet that whoever claimed they “don’t know” who Peaches Geldof was but it’s sad she wasn’t “Justin Bieber” didn’t think about the fact that this remark brutalises not only the recipient – who could be anyone, including Geldof’s children in years to come – but also the sender, i.e. themselves. Social platforms such as Twitter mean that everyone is privileged enough to have their voice heard; it seems increasingly that people are so concerned with being heard at all that they don’t consider what they’re actually saying. They disconnect the Twitter-voice with the person they are in real life – or who the person they’re talking about is in real life – in pursuit of jumping on a very fast-moving bandwagon or reaching their next follower goal. In short, it becomes a pursuit of promoting their online persona.

Twitter, Instagram and Facebook have facilitated the desensitisation of a generation. It’s not just the way people react to celebrities- it’s also the way they treat people they actually know. Those couples, for example, who post every single aspect of their relationship online (the #aftersexselfie, anyone?), presumably wouldn’t make out in front of their exes because it might be slightly insensitive. This doesn’t, apparently, translate to an online forum.

The lack of personhood online apparently results in a lack of etiquette (for want of a better word and at risk of sounding like your grandma). But really, shouldn’t it just be that if you wouldn’t do it in real life, you shouldn’t do it online either? If you wouldn’t – and let’s hope no one would – barge into someone’s funeral, shout ‘Rest in Peace’ and then talk about their sartorial triumphs or failures, then you shouldn’t do the equivalent on Twitter. Just because we’re dealing with words and pictures on an iPhone screen rather than three dimensional people doesn’t mean those people don’t exist beyond the screen. Peaches Geldof, just like anyone, was not the summation of her Instagram likes or her Twitter followers, and her death is not just an absence from a news feed or tabloid pages. Her death is, for those that knew and love her, an unbearable loss, something, to quote her father, ‘beyond pain’. We could do with remembering that before we try to throw in our own 140 characters or less.