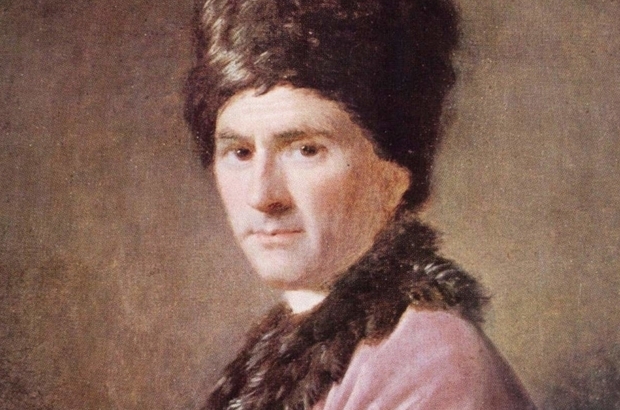 ‘“Do not listen … You are lost if you forget that the fruits of the earth belong to all and the earth to no one!”

265 years ago, Jean-Jacques Rousseau cried just this in his piece ‘Discourse on the Origin and Basis of Inequality among Men’. While such ideas are often relegated to being mere philosophical musings with little relevance to today’s issues, it is in light of the substantial role that Rousseau played in shaping our conception of modern day democracy as front runner of the Enlightenment that we will be using his Social Contract theory to discuss the current state of Western society and recent rise of populism.

Populism can be defined as political strategies that deliberately aim to appear appealing to the people. It is important to note that regardless of the meaning that the mainstream media often bestows on the word, populism does not simply refer to far-right movements. Nonetheless, if this is the connotation that the word holds today it is because such political parties, from the Republican Party in the US to the PSL in Brazil, have been increasingly tending towards populism, Trump’s 2016 election slogan “Make America Great Again” perhaps serving as the best example of such a practice.

As part of the social crisis that the west has been experiencing since the 2008 crisis, many of its socio-political issues can be explained from a Rousseauist perspective. This is because triggers of inter alia populism, such as rising inequalities, all come down to one and the same thing: an increase of awareness in the persistent failure of our democracies to uphold their Social Contract. It is thus in this line of thought that Rousseau offers us a fresh understanding of the phenomenon of Western populism we are experiencing.

To better understand Rousseau’s thinking, we need to go back to the 18th century. Rousseau’s philosophy has its roots in the Enlightenment which arose amidst the religious, political, and social obscurantism that had been prevailing in Western Europe for centuries. The movement thrived through a manichean vision of the world, everything being either ‘light’, knowledge, or ‘darkness’, ignorance, as it promoted the idea that the primary engine of truth ought to be Reason. All in all, Rousseau produced his writings in a quite similar context to ours: one of high social inequalities and low social cohesion. He asserts in his first piece of political philosophy The Social Contract that a fair social organisation is one based on a Social Pact that would theoretically guarantee equality and freedom. For such a pact to be viable, the sovereignty of the people needs to be the founding principle as it promotes the general interest. However, Rousseau’s notion is predicated on the assumption that with universal enfranchisement the people would vote on behalf of the general good rather than with personal gain in mind. On the other hand, if these conditions are not respected and inequalities abound, then the rule of ‘Might makes right’ overpowers and society descends into Kratocracy where institutionalised power is exercised through force. This is obviously not the case of western democracies despite their deep inequalities, but still is fairly representative of the socio-political consequences that inequality can have if it reaches a certain threshold and becomes excessively pervasive. All things considered, for political systems to be legitimate they need to not only be democratic but also guarantee both moral, legal, and material equality to their citizens.

Sadly, modern history can evidently testify that these prerequisites for an effective and stable political life have clearly never been respected. Yet, people have gone through periods of optimism when it seemed as though the holy grail of social justice was closer than ever. Communism has (mistakenly) suggested that total equality is possible and that capitalism is the only obstacle in the way. The post-war ‘golden age’ and its 5% growth rates also resulted in a similar collective wave of hopefulness. Unfortunately, today’s reality is very different. Indeed, with the effects of the subprime crisis still being felt across the globe, the inequalities that define our modern world have become increasingly hard to ignore. As a result, it has become very apparent that western democracies are far from following the guidelines set by the Social Contract.

Most accounts of global inequalities have come to agree that after a considerable decrease during the post-World War II economic expansion and although real disposable incomes have increased by an average of 1.7% a year in the OECD countries, inequalities as measured by the Gini coefficient have been consistently on the rise, increasing by 10% between 1980 and the late 2000s. The response to rising inequality has been broadly in the form of populist nationalism. In Spain, now deemed the most unequal country in the EU, this manifested in the Catalan Nationalist declaration of independence on October 27th 2017. In the UK the highest proportion of ‘Leave’ voters were in ‘deindustrialised, pauperised and relegated’ areas as according to political scientist Thomas Guénolé. Likewise in the US Trump supporters hailed mainly from counties where less than 20% hold undergraduate degrees or higher, counties predominantly found in the Rust Belt. There is a clear trend: those suffering the effects of inequality tend towards populism.

In all of these cases, the relevance of Rousseau’s two centuries old thinking remains salient. As inequalities have gone up, the legitimacy of the Social Contract seems to decrease which in turn results in rising populism and, almost systematically, political upheaval. Although Rousseau’s philosophy works as a very useful lens for explaining such phenomena, it nonetheless paints a very pessimistic view of our modern democracies’ future. The Gilet Jaunes in France have for instance already cast an air of anxiety around France’s political stability. Indeed, following a Rousseauist perspective the obvious question is: how far can the supposedly free, equal and meritocratic facade that western democracies have built hold until it crumbles down to show the reality of their deeply unequal nature? If it turns out that Rousseau was indeed right in his line of thought, then its days are numbered. But then again, only time will tell.