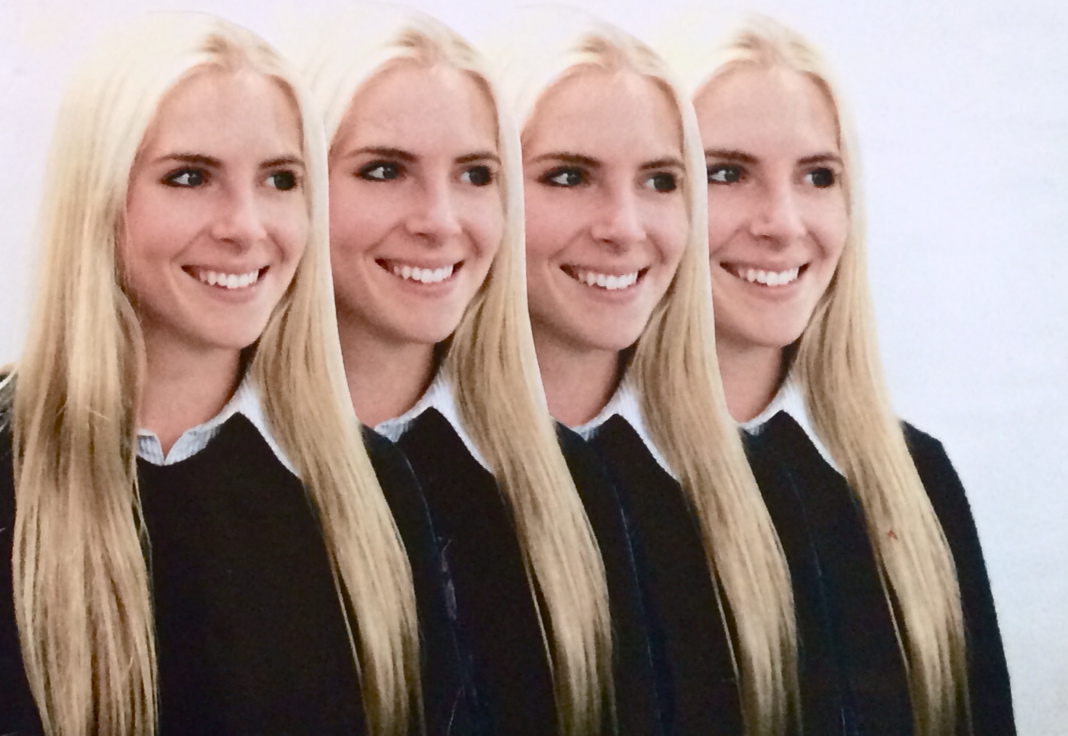 LUCY FEIBUSCH discusses how the desire to achieve self-formed ideas of ‘perfection’ has been manifested in everything from Nazi supremacism to utopic literature, and is now playing its part in the new industry of cosmetic alterations.

Cloning is becoming a reality. Scarily reminiscent of Ira Levin’s ‘The Stepford Wives’, the 21st century army of physical perfectionists is gaining troops. Modification, either under the surgeon’s knife or one of Photoshop’s little digital paintbrushes, is turning into the perceived and coveted norm. ‘How to look like Cara Delevingne’ seems to be the selling point for you-tube makeup tutorials and it girl magazine articles; whatever it takes to look like a supermodel.

I am not asserting that the odd nose job or reconstructive surgery or tummy tuck indicates a desire for robotic idealism; even body-proud, ‘Girls’ star Lena Dunham defended Vogue’s decision to Photoshop her for their latest cover.

However, alongside the vast number of teenage Cara clones roaming London, photographs of Miss Daegu 2013’s beauty pageant contestants went viral last year due to their freakishly similar appearances.* Accusations of excessive plastic surgery were quelled when ‘before make-up’ pictures of the girls, all looking beautiful in their uniqueness, were released. However, Photoshop’s ominous presence became very apparent, and this is not Anna Wintour squeezing Lena Dunham’s shoulders a little bit, this is evidence that Aldous Huxley’s fears and Adolf Hitler’s visual ideals are not falling on the wayside.

Every Korean girl in the Miss Daegu pageant had had her skin lightened and eyes widened in an attempt to adhere to the western ideals of beauty. In India Vagina Bleaching wash is on sale, because – the product’s advent implies – if the skin ‘down there’ is not light enough, it is ugly and unworthy of sexual interaction.

In 1931, Albert Einstein and Edwin Hubble had begun working together: technology was evolving, and change was coming. In light of these forthcoming scientific progressions, Huxley published his dystopic ‘Brave New World’. In the novel he addresses a clinical ideal of civilisation that exacerbated the results of achieving scientific perfection. Stiff smiles and terse small talk prevail, as everybody is a beautiful clone of the other; they all have “11 thousand brothers and sisters”. This is due to The Bokonovsky Process, a cloning process for the perfect human, strikingly beautiful, happy and obedient. In the brave new world, there would be thousands of permanently Photoshopped Miss Daegus and subdued Caras. Huxley wrote in order to highlight the importance of artistic emotion. The dynamic and varied wilderness that lay outside of his brave new world was much more relatable to the 20th Century reader than its sterile and unfeeling, draining and ultimately murderous neighbour.
Only a matter of years later, the Nazi party’s attempts for dystopia had been set into action. In ‘Brave New World’, The Director states that ‘no offense is so heinous as unorthodoxy’, and under the Nazi ideology surrounding Social Darwinism this fictional statement became a reality; Aryan blonde hair and blue eyes were the approved physical traits. Nazi Propaganda posters for Hitler’s youth army show images of children who adhered flawlessly to the criteria for the ‘master race’ devised from white supremacist ideals. Huxley’s sterile yet peaceful dystopia became a dream of brutal reality for the German Führer.

By focusing solely on the visual aspect of Hitler’s ideology, I have shown the worst of how humanity’s desire for any acclaimed view of cultural or beautiful perfection can manifest itself. Conformation was seen as idyllic, and in many ways still is. In the 21st century, wanting perfection is being manifested into a trend of body modification. Cosmetic surgery and Photoshop are simply materialisations of the desire to be perfect, part of a perfect world that is exhibited today in luxurious media campaigns featuring impossibly beautiful men and women.

* The Miss Daegu 2013 photograph was incorrectly circulated as ‘Miss Korea 2013’ on Reddit and other sites. Miss Daegu is a nation in Korea, the winner of Miss Daegu went onto compete in (and incidently win!) Miss Korea 2013.