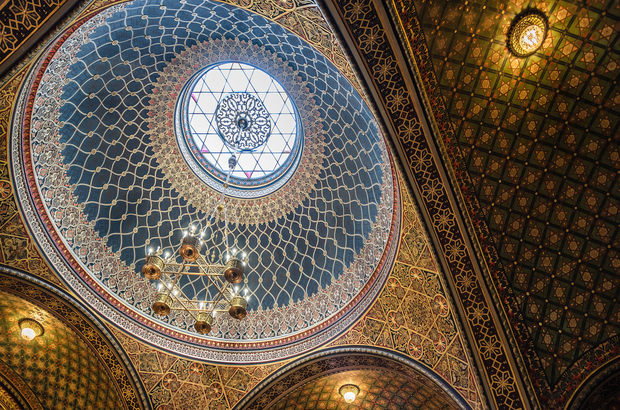 RONI MEVORACH contemplates her Jewish identity and her experiences of anti-Semitism in response to Wiley’s recent tweets.

On 24th July, 41-year-old grime artist Wiley shared an onslaught of anti-Semitic tweets in which he used various age-old tropes, such as control over wealth, to target Jewish people. He called them ‘cowards’ and ‘snakes’, and even tried to link them with the Ku Klux Klan. Wiley has around 500,000 followers on Twitter – for context, there are only 300,000 Jewish people in the UK. After much public outrage, Twitter permanently deleted his account five days later, on 29th July.

I have spent most of my teen years detaching myself from my Jewishness, so when I scrolled through tweet upon tweet of Wiley’s anti-Semitic rage, why did I feel so attacked?

I have always been adamant that I am not Jewish. While being Israeli is not something I can change about myself, Judaism has always seemed like more of a choice. After all, it is a religion, and I was not raised as a religious Jew. When my brother was seven, he was asked to draw a picture of God in RE, and he decided to draw his favourite football player. I think that tells you all you need to know!

Admittedly, I am lucky that I can choose to distance myself from my Jewish identity in this way. I am a young, white British-Israeli woman, and just by looking at me, you would think I was born and raised in England. No one has ever discriminated against me on the basis of my appearance, and I live a very privileged life. Judaism is not the only part of my identity, and most of the time I don’t think about it. Instead, I spend my time baking cakes, acting in plays, and writing articles! You could go as far as to say that my life is pretty great.

But try as I might to detach myself, every time I turn on the shower, I ask myself ‘what if it’s gas?’. I grew up with the stories of the brutal murders of my grandparents’ and great grandparents’ generation. Most of my family is lost. My great grandfather only reunited with his brother at the age of sixty. My grandmother’s Aunt Suza was the colleague of a future Nobel prize-winning chemist before she was murdered by the Ustache, a Croatian fascist ultranationalist organisation. Furthermore, Judaism is not just a religion, it is an ethnoreligious group, which means that you can be both secular and an ethnic Jew. Judaism has always been and will always be a part of my culture, my family traditions, and my life.

So, after sitting on the sofa all day in a kind of stunned shock after reading those tweets, I realised why they affected me so much. I felt ashamed that I was not proud of my Jewish identity. It took someone threatening to shoot my people for me to wake up and realise that I am one of them, too. I was also engaging in anti-Semitism – towards myself.

Why do I want to detach myself? Why am I so ashamed? I think it all started when I was nine years old. I was having a chat with a girl around the same age as me about the ‘worst people in the world.’ She said to me, ‘no offence Roni, but Benjamin Netanyahu is the worst person in the world.’ I nodded timidly, embarrassed that I had no idea who he was. It was only later that I discovered that he was (and unfortunately, still is) the Prime Minister of Israel, and arguably a very bad person indeed: he is currently facing trial for breach of trust, accepting bribes and fraud. Subconsciously, from that moment on, I realised that as a British-Israeli Jew, my ties with Israel were inextricable, and people would always assume that I supported the Israeli government, until proven otherwise.

In fact, one of my main fears about starting university was having to tell people that I was both Jewish and Israeli. Would they think I was a bad person as a result? I spent a whole two hour coach journey explaining to a new friend that I was, hopefully, not a bad person, and that I definitely did not support the Israeli government. I try to actively disassociate myself, because I would never want anyone to think that I condone the treatment of Palestinians by Israel. Wherever I go, I have to carry that disclaimer with me. I worry that no big organisation would ever hire me, because why would they want someone who could attract criticism and hate, when there are so many other great people in the world?

Up until last week, I thought this was all perfectly acceptable. I would have never complained about any of this because I am so acutely aware that my suffering is laughable compared to what others experience, especially the Palestinian people. It was just a source of shame and guilt that I would always have to live with.

It is only now that I realise that while cases such as these may seem insignificant, they are actually microagressions: covert forms of anti-Semitism. As we have seen so many times in history, when microaggressions are left unchecked, they can build up into more serious hate crimes, and sometimes even genocide. I think most of us would rather not go through that again.

We must always check our behaviours, and ensure that we don’t act upon any kind of prejudice or hate. Always be critical of governments that you do not support; but make sure you are not confusing a government with its people. This does not only apply to anti-Semitism – it is, of course, important that we fight for justice, equality and freedom for all people.

While Wiley’s tweets were awful, and it is appalling that it took Twitter five days to permanently delete his account, perhaps there is a silver lining to all this. It led to my own self-reflection, but also a sudden rise in activism and education on social media. Resources were shared, and so many people were able to learn and grow. We can engage with the same platforms that Wiley used to share hate speech in order to create long-lasting change. It is vital that our words and promises result in action.

Here are some resources that you can use to help with your own learning regarding anti-Semitism:

@jewishliberal and @ethnicjewess on Instagram have also shared some really useful information.