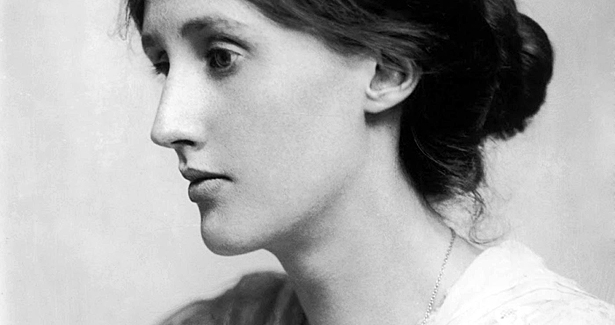 JONATHAN WILLIAMS discusses why Virginia Woolf should not be reduced to her feminist ideals.

If you ask those who are not as thoroughly devoted to the inimitable Virginia Woolf as I am what her most popular quote is, they will venture to guess that it is something along the lines of: “Anon, who wrote so many poems without signing them, was often a woman.” Unfortunately, the common answer isn’t another one of her marvelous quips, such as, “Language is wine upon the lips”, or “Literature is strewn with the wreckage of men who have minded beyond reason the opinion of others.” I attest to this denigration of Virginia for a number of reasons, and none of them are what you expect.

Virginia Woolf was a feminist. That much is undoubtedly true. She was raised in a family of brothers and sisters, and saw all of the former attend prestigious educational institutions (three went to Cambridge and one went to Westminster) while she and Vanessa, her sister, were left with her Father’s library and a course at the Ladies’ Department of Kings College, London, to educate themselves. This disparity would inspire one to write in staunch defense of one’s sex. This is something I do not want to mitigate: Virginia Woolf was a feminist. A Room of One’s Own should be treated (and may well be) as the manifesto for twentieth century feminism.

We must remember, though, Virginia’s own words in her lectures at Cambridge in 1928, which would later become A Room of One’s Own. She could afford feminist values; she could afford to embrace and enact upon her work because she was lucky enough to have the money to do so. “A woman must have money and a room of her own if she is to write fiction.” As well as being commercially successful, and running her and Leonard Woolf’s publishing firm, The Hogarth Press, Virginia received two thousand five hundred pounds from her Aunt, Caroline Stephen (a Quaker theologian and force for female good; see how Virginia’s life unfolds!) after she died. This set Virginia up to comfortably work, live and write independently of patriarchal notions. It is not that she isn’t a feminist, but that her depiction has been culturally attuned to the concept of a suffragette. This is an association she renounces in her essays; Virginia’s standing as a feminist was not without her own admission that it was easy for her to do so, in a literary age still entirely dominated by men, due to her circumstances.

The writer, Nigel Nicholson (Vita Sackville-West’s son), once recounted an anecdote, which I had the pleasure of watching a clip of on BBC Four’s In Their Own Words series. He described a conversation he had with her; when she asked him what he did today, he replied, “Well, nothing, I’ve just come home from school.” (‘Nothing’ by the way, is now officially on the list of pronouns so banal that it should not have been uttered in Virginia Woolf’s presence.) Accordingly, she told him, “No no, that’s no good, start at the beginning. What woke you up?” “Well, it was the sun coming through the window,” he replied. “What sort of sun? Was it a gentle sun, or an angry sun?” That very question is the essence of Virginia Woolf: to her, every sun was a different one. That’s what it means to read Virginia Woolf. It means seeing a leaf in the breeze thunder down, not fall. It means hearing the waves shimmer, not crash. And it means reading multitudinous verbs, adverbs, and adjectives in the slips of every sentence.

There are those that prescribe Virginia Woolf’s work purely to the realm of feminism, but it is so much more than that: the provincial shines in Between the Acts; nature undulates in the pages of The Waves; family and war dance together on the pages of To The Lighthouse; and gender flows through the poetry that is Orlando. There is a vast ocean, a wealthy ocean beneath each sentence of her novels, which cannot be defined simply as ‘feminist.’ The ignorance of this is what I attest to: were she a man, and had she written entirely the same material, the name of Woolf would not be so casually glossed over. Bored, male eyes would not roll back in their sockets at the mention of Woolf. Critics would not patronize and belittle the work of Mr. Woolf. More men would write about the ecstatic beauty that the author Woolf created. But this, alas, is not the case. Hermione Lee in 1996, and Alexandra Harris in 2011 made incredible biographies of Mrs. Woolf, but no criticism of note (aside from her nephew’s) exists from men.