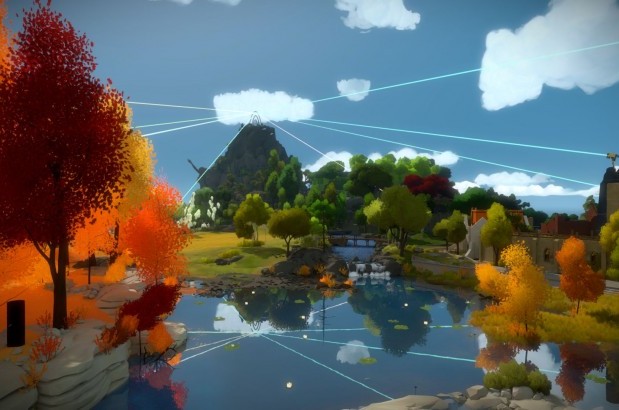 The words ‘craft’ and ‘artisan’ seem almost synonymous with individuality and distinctiveness. They elicit an assumption of style with regard to whatever product or establishment they’re slapped across. Yet they also evoke something else: a curious revulsion, a mockery of sorts. The rise of the craft movement in London and the UK over the past decade is now a well-known phenomenon, stemming from a desire to move away from big brands, towards something a little more personal. Suddenly eighteen-year-old pub rookies are discussing their favourite independent brewery as they awkwardly sip on an unpleasant and intensely bitter draught of ‘Goose’s Undercarriage’, trying to mask their facial contortions. So too are cafés serving up bowls of Crunchy Nut, and bakeries stocking innumerable ranges of spelt loaves, sporting a light dusting of polenta and pine nuts (can you tell I was hooked on Bake Off?).

I don’t mean to sound quite so disparaging of all things artisanal. There is undoubtedly an element of pretension involved with craft products, but the championing of the individual over faceless global brands, and the emphasis placed on uninhibited creativity can only be a positive thing. The concept is widespread and well-documented in the food and drink industries, can it also be applied to the entertainment industry? Looking specifically at the video game industry, the rise of the ‘indie’ game roughly corresponds with the emergence and success of the modern craft movement; seemingly, consumers of video entertainment as well as food began to crave idiosyncratic and stylised responses to complex, mass-marketed products. Despite this analogous development, however, they seem to be moving in different directions.

For the uninitiated, an indie (or independent) game can be defined loosely as a game created entirely by either a single individual, or a small development team. Indie games are often further defined by stylised graphics, relatively simple yet effective control systems, and an abundance of personality; traits that could well be applied to many elements of the wider craft industry. Until the conception of the indie game, graphics in the video game industry were very much geared towards the notion of achieving the greatest level of realism the current tools allowed. The indie movement, however, unashamedly shuns this aspiration, embracing retro-stylisation and cartoonish graphics, which are arguably more aesthetically pleasing than any of the properties pushed by industry behemoths.

Take for instance the moody blacks, whites and greys of ‘Limbo’, featuring a silent protagonist able only to run, jump and push. Without such stylisation the entire atmosphere of the piece is lost, and the uncomfortable fear of what might be hidden or disguised by the muddy colour palate, ruined. Games like  ‘Journey’ and ‘The Witness’, whose palates are far more vibrant, sustain an equivalent sense of solitude. Here, though, it’s the lack of interaction between player and other beings, rather than the games’ environment, that creates this feeling of isolation. As the respective protagonists navigate their worlds alone, the beauty of their environments begin to adopt an unnerving sense of threatening impenetrability. The emotional reactions these games invoke are very much akin to those provoked by film or literature. In the same way that video has succeeded prose as the most popular artistic medium for immersion and escapism, people are opting to spend increasing amounts of time in a virtual environment for the very same reason. The ability to interact and to dictate narrative means that the immersion afforded us by video games is unparalleled by any other art form.

To utilise that twee but apt motto, less is most certainly more in the indie-game industry. The philosophy of simplicity, which is a practical necessity for a small development team, doesn’t shackle or inhibit but instead facilitates. No one is excluded from participation, as the gameplay can’t afford to be exclusive. So too, without the overbearing pressure of realism, the art style can provoke different and interesting responses. The storytelling is required to be brief, and becomes more dense and concise accordingly; no interaction is fruitless. These philosophies have proved so effective that industry giants themselves have created a new genre which I term ‘faux-indie’: Ubisoft games such as ‘Child of Light’ and ‘Valiant Hearts’ are designed to reproduce the sensation of indie, and are imbued with the indie philosophy, yet are produced and developed by a big player in the industry. Similarly, go into any recently refurbished Starbucks or Costa and you’ll see a similar attempt to replicate the cosy, friendly atmosphere of an independent coffee shop. Mimicry is, of course, the greatest form of flattery.

Despite video games only having existed for a mere iota of time in comparison to literature and film, this is something that has in fact been key to the indie industry’s success so far. The people developing indie games today are almost exclusively children of the video game era: they are the first people to have grown up with video games, experiencing them in their simplistic and unrefined forms on the original consoles. There is a certain sense of ownership felt by this generation of gamers: video games are ours. Since aspects of classic titles are central to the design and style of many modern indie games, playing these games is more often than not an exercise in nostalgia and fond reminiscence.

In this respect, video games are possibly the modern artistic medium: owned, created and enjoyed by millennials. Fine art and literature are to a great extent universal, transcending generations, but it is the video game industry that is most representative of an intrinsically modern condition. It strives uniquely towards immersion and interactivity; in a world where demands on our attention have never been more plentiful, a new artistic medium is required to satisfy our newfound addiction to stimulation. The craft industry may well represent an attempt to pander to this new demand for variety, yet the success of indie games is more concrete and less transient: an enduring solution to a very modern problem.

There is a crucial difference between the craft industry as a whole and the video games industry’s indie movement, despite their shared rebellious ambitions. Through indie games we are beginning to see the evolution of a new and interactive form of art. The craft industry, on the other hand, has become underscored by an unpleasant ambition to charge the consumer more for the illusion of individuality; as such the wider artisanal movement seems set to be fleeting, a mere condition of the 2010s. The movement is so widespread that whilst the products are often excellent, they no longer stem from genuine desire to break away from the despots of big business as some might have us believe. On the other hand, the philosophy of indie gaming offers a genuine and more affordable experience for those after that all important nostalgia.  And beyond this, video games are moving nearer and nearer to their famous, less stigmatised cousins: film, literature and art. The emphasis placed on artistic style and creative narrative techniques means that it’s indie games that are leading the movement of the industry towards a new and exciting amalgamation of the artistic mediums that preceded it. These games are at once inherently literary, artistic and cinematic. And whilst artisan cappuccinos may come and go, who’s to say that within the next 30 years, video games won’t be held in as high an esteem as any other art form?