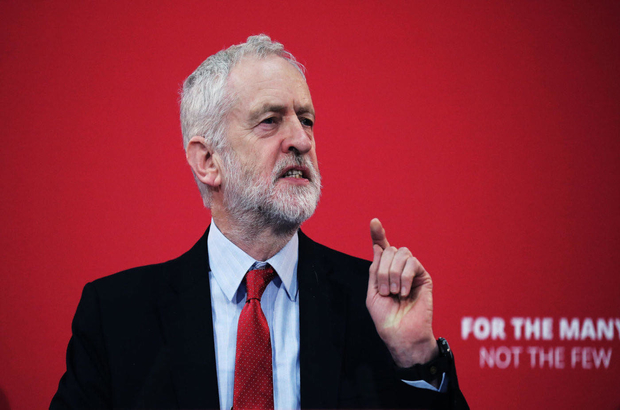 ASYIA IFTIKHAR glances back to 2019 to see what we can learn from Labour’s election defeat.

For those at any point on the political spectrum, the exit poll at 10pm on Thursday 12th December was a moment in British history that will not be easily forgotten. The magnitude of Labour’s defeat in the face of a Conservative landslide majority was a political implosion not only for Labour but for the face of politics in this country. It seemed a fitting end to a decade rife with the most shocking election results, globally, in living memory.  However, when we look deeper into the decades between Thatcher’s government to the present day, were the warning signs of this devastation in place already?

After the biggest electoral defeat for the party since 1935, Jeremy Corbyn announced a ‘period of reflection’ for Labour, as it tried to rebuild its core structure, before stepping down in April. This ‘period of reflection’ has become a microcosm of the issues that have been prevalent for years, with different factions failing to agree about the source of the party’s failings.  Simultaneously, there is a growing desire to give a voice to overlooked issues such as the security of minorities (threatened by growing xenophobia), and Labour’s lack of connection with parts of the UK outside of London (as seen by their decimation in Scotland and Wales).

Important to this discussion is the UK’s first-past-the-post (FPTP) electoral system.  In 1997, with 43% of the popular vote, Labour secured 62% of seats in Parliament. In contrast, the Conservatives won 31% of seats with 33% of the votes. Due to our FPTP system, a miniscule swing in votes (as little as 20 votes in Kensington and Chelsea in 2019), adds up to more seats for the winning party. Normally, an election is made or broken through swing seats, where a handful of votes could push a party past the majority (although the 2019 election saw Labour lose safe seats such as Blythe Valley). In the past two decades, the Conservatives have masterfully turned the tables, securing 56% of seats with 43% of the vote.  Labour found themselves in the same position as the Conservatives in 1997. This phenomenon is perhaps most interesting when we look at the 2017 election result, where Corbyn began to recover the popular vote, falling only 2% short of the Conservatives; despite the hung parliament, the Tories managed to remain in power. As a result, many on the left are calling for the introduction of proportional representation in the UK. Certainly, this would challenge the traditional Labour/Conservative hold on government. Understanding the electoral system is vital to grasping why and how Labour could be so defeated.

Overarching all these problems was that of media bias. A study by Loughborough University’s Centre for Research in Communication and Culture found that there was a net positive proportion of headlines for the Conservative Party, and a substantial net negative proportion of headlines for the Labour Party. Whilst it is not a surprise that the mainstream media, funded by Rupert Murdoch, would favour the Conservatives, the Labour approach to tackling it failed immensely. Labour targeted social media, primarily Twitter and Instagram, with their responses. Although this garnered a lot of attention, social media is dominated by young people, meaning that often older voters were left ‘out of the loop’.

Brexit was unquestionably a crucial aspect of this defeat. In 2019, the most vocal Leaver, Boris Johnson, with the Conservative MPs culled of Remainers, centred his entire campaign around the simple and effective slogan ‘Get Brexit Done’. Although an equally vacuous statement to ‘Brexit means Brexit’, Johnson had a lot more momentum with his withdrawal agreement passed through the house of commons and eagerness from the nation spurring him on. Despite the fact that Boris Johnson was one of the architects of Brexit in 2016, his campaign was based on a sense of resignation and disassociation from the matter. On the other hand, the right wing media relentlessly pushed Corbyn as having a weak stance with an inconceivable policy, The people had two choices on Brexit: either vote for Conservatives to leave or Lib Dem to remain. Labour’s failure to articulate a forceful position on Brexit saw their ‘red wall’ crumble in the North and ‘leave’ voting supporters jump ship in droves. Although Brexit was certainly not the only reason for the collapse of the red wall, among leave voters, the Conservatives’ lead over Labour increased from 41pts to 60pts, from 2017 to 2019  and of the 54 seats that the Conservatives gained from Labour, 52 of them were in areas that voted leave in 2016.

Next we must look at the ‘Labour heartlands’, a group of constituencies along the North of England (such as Blythe Valley, County Durham and Nuneaton), that have been staunch Labour seats since Thatcher or before; this was known as the ‘red wall’. After the Blair Government came in, there was little attempt to make lives better in the North with a sense that this Labour support base was often taken for granted. By the time the Conservatives came to power in 2010, these areas were further devastated by austerity; yet these Conservative policies were implemented by their elected Labour MPs. Many in the ‘red wall’ voted Leave, which promised greater investment in the North and greater control over the issues that affected them. Therefore, when the time for voting came in 2019 it seemed that Labour had prevented them from leaving for three years; meanwhile Conservatives promised to roll back austerity, give tax cuts and invest, making it a natural choice for many. Where Johnson promised tax cuts, Corbyn promised free broadband, leaving the economic backing to his manifesto which is not widely read by the public. However, whilst Labour lost its heartlands in the North, many have overlooked the heartlands it has maintained in London, and constituencies across the country with a strong minority base. For a number of BAME people, Jeremy Corbyn was the first Labour Leader to have a historic record of supporting People of Colour (PoC), such as his protests against Apartheid and vocal rejection of the Iraq War.

Going forward, Labour must find a way to regain its Northern Heartlands whilst not compromising the issues important to PoC. In the past decade of Tory rule, and heightened since the Brexit vote, xenophobia in all its forms has been on the rise. Nigel Farage in particular is notorious for using immigrants and ‘benefit taking foreigners’, as the reason why communities have lost youth centres, funding, welfare resources and jobs. This has created a hostile environment for many BAME (Black and Minority Ethnic) communities, and, instead of staying silent on this issue, Labour must be at the forefront of taking down this narrative. However, they must do this whilst rebuilding the trust of those in leave voting areas, by addressing the real issues that have caused such devastation. This leads to the failure of Jeremy Corbyn and his manifesto. Corbyn was vilified continually by the press, with their main headline grabber being ‘terrorist-sympathising anti-semite’. I outlined my thoughts on the issue of racism in the general election here.

Jeremy Corbyn mishandled anti-semitism in his party, letting down Britain’s Jewish population; with the Labour Party attempting to hold themselves to a high standard when it comes to tackling racism, this led to vicious infighting right up to December’s election. On the other hand, the Conservative Party, who themselves have an institutional racism problem, managed to keep the entire party ‘on message’. The Tories managed to downplay its severity, despite heavy criticism from high profile members of the party such as Baroness Sayeeda Warsi. Their lack of commitment to the problems of Islamophobia and xenophobia in the party is illustrated by their broken promise to launch an investigation into this. If Labour have any hope of regaining their reputation as the ‘anti-racist’ party, they must introduce harsher sanctions for anti-semitism, whilst holding the government to account. We cannot take the party back into the Blair days that had no regard for the lives of 1 million Iraqis. The increasing global hostility towards refugees, immigrants and minorities meant it came as no surprise when Boris Johnson, with his long track record of racism, was elected into Downing Street. The far right is on the march across the globe. Until democratic socialism puts up a united international front, we can only expect this trend to continue.