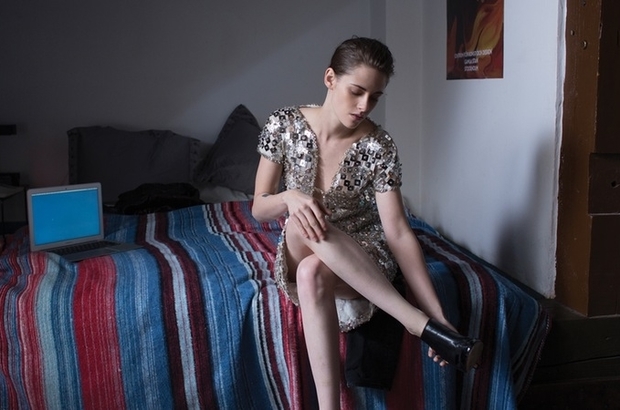 In October 2012, only four years before being voted in as President of the United States of America, you may wonder what was on Donald Trump’s mind. The roots of his explosive political career, perhaps? His upcoming appearance at the Conservative Political Action Conference, maybe? Think again. It was this:

Trump, ever fascinated by the cult of celebrity, published a series of eleven tweets in which he condemned a female actor’s reported infidelity in her very public relationship with Twilight co-star, Robert Pattinson – even offering her stricken beau the chance to attend his ‘Miss Universe’ pageants in order to find someone better. ‘If you saw the Miss Universe girls you would reconsider’, Trump implored Pattinson.

The woman at the centre of Trump’s ire was Kristen Stewart, a former child star and 22 at the time, trying to establish herself as a more decidedly ‘serious’ actor after her breakout role as Bella Swan in the hugely successful, $3.3 billion grossing Twilight series. 2012 saw the breakup of her relationship with Pattinson, for which she was remarkably forced to issue a public apology, stating that she was ‘deeply sorry for the hurt and embarrassment I’ve caused to those close to me and everyone this has affected’. It was certainly heartfelt, yet seemed, at the time, the ludicrous product of a markedly sexist celebrity culture in which the public had taken ownership of their beloved stars’ lives. Perhaps more importantly, however, the year also marked the release of the final film of the ever-worsening vampire series, Breaking Dawn: Part 2.

Having cast off the shackles of restrictive Twilight mania, Stewart was freed to pursue the riskier roles that had always been of more interest to her since her performances in Into the Wild (2007) and Panic Room (2002) – parts as Joan Jett in The Runaways (2010) and Marylou in the adaptation of Kerouac’s On the Road (2012) hinted at a burgeoning talent waiting to be unleashed, even if the films themselves received muted responses.

Since the culmination of the series, Stewart has become the go-to casting choice for playing, well, Kristen Stewart. But don’t let that read as a criticism – it is a fact that the actor herself embraces wholeheartedly. ‘I can be nothing other than myself […] a good director might bring you closer to aspects of yourself that might have been less apparent before. But it’s still about self. It’s still all about me’, she stated unapologetically in an interview with The Guardian earlier this year. With the freedoms that a reported $70 million net worth affords, Stewart has spent years experimenting artistically with intriguing supporting roles in more heady, thought-provoking pieces. One of those, the critically lauded Clouds of Sils Maria (2014), saw her team up with French writer-director Olivier Assayas, with whom she reunites in Personal Shopper (2017) to give her most accomplished performance to date, showcasing how far she has come since leaving Bella behind.

Personal Shopper is a deliberately curious, elusive film, remarkably difficult to pin down. Stewart plays Maureen, shopper for the stars-cum-spiritual-medium. She balances her stressful job as an assistant (of sorts) to a reputable socialite with her search for her dead brother’s spirit, while intermittently Skyping her boyfriend who is working in faraway Oman. It is unclear what the film’s subject truly is – in equal parts a thrilling ghost story, a rumination on grief and loss, a critique of modern excess, and an essay on the struggle to define oneself within a transient world.

‘That’s the point’, the film’s champions may say. But Personal Shopper, like the ghosts that inhabit it, is perhaps too vaporous and intangible in nature to properly grab its audience. It meanders down tangential and inconsequential holes, the director so clearly fascinated by séances and spirituality himself, desperate to teach his audience about obscure modernist artists and Victor Hugo’s spiritual pastimes, that it becomes difficult to take him entirely seriously. A Eurostar-set iPhone text scene – yes, you read it correctly – is at first intriguing, then exhilarating, then tired. The director’s focus on Maureen’s lusty connection to the luxuriously superficial products that she can touch, but crucially not wear, seems at times almost voyeuristic. Stylistically uniform fading cuts attempt to lull the audience into a dreamlike trance, but in fact remove us from the film momentarily, quelling the momentum that the previous scene had built up. The thrills are, ultimately, rushed and contrived; the supernatural silly and cheap; the wider human messages half-baked.

And yet Personal Shopper remains a hugely watchable, inventive and rather impressive film. Assayas is full of ideas, and he has thrown so many of them into this hour and forty five minutes that, while they certainly do not all hit their marks, we are left contemplating his intentions long after we leave the cinema. Stewart’s performance is electric and captivating: her minute facial ticks and oral habits are made important by the subtlety of her characterisation. She is lost in the world, struggling to pin down her identity, pained by the loss of the person closest to her. Despite the oddness of this kooky, unruly, challenging ghost-story, we can relate to her magnetic presence.

Kristen Stewart remembers what the new President once said about her; she joked about it in her recent hosting gig at the ‘really bad’ Saturday Night Live (Trump’s words, not mine). ‘If you didn’t like me then, you’re really probably not gonna like me now, because I’m hosting SNL and I’m, like, so gay dude!’ she asserts in her opening monologue. Even if Mr. Trump isn’t watching Stewart’s career continue to grow from strength to strength, we certainly will be.

‘Personal Shopper’ is on general release from 17th March.