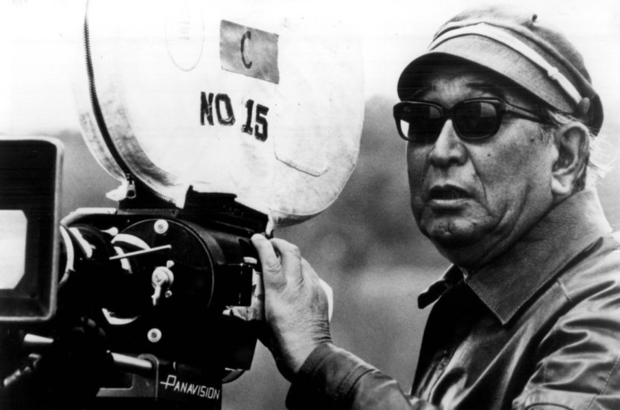 Akira Kurosawa defined himself as a man whose life was dominated by the medium of film; subtracting it, he would consider himself to be a ‘zero’. With a long, illustrious career, it is a big ask to select notables from his extensive filmography. However, his experimentation with many genres and vast range of work makes it easy to recommend several, if not all, of his films to even the most casual filmgoer.

Kurosawa is renowned as a master of ‘samurai’ films, and the most accessible of the lot may be Yojimbo (1961) and Sanjuro (1962), which feature Toshiro Mifune’s nameless ronin taking out all manner of criminal lowlife in his unique, incisive fashion. Kurosawa has a lot of fun with these two films, which share equal parts humour and thrills, and a strong dramatic atmosphere permeating the action. Yojimbo in particular is one of the most popular films in Japan, possibly the greatest film of all-time, inspiring later Westerns such as Sergio Leone’s A Fist Full of Dollars (1964). Of Kurosawa’s samurai genre, Seven Samurai (1954) is a historical adventure epic that is perhaps his most iconic. Despite the hefty run time of nearly four hours, every minute counts. Seven Samurai sets the standard for the ‘men on a mission’ film structure that has been seen everywhere from The Magnificent Seven (2016) to Rogue One: A Star Wars Story (2016), fleshing out characters and action scenes with equal aplomb.

Kurosawa’s own unique twists to well-known tales, paired with marvellous costumes and cinematography, refresh classic storylines and prevents them from seeming hackneyed. Rashomon (1950) was the first Kurosawa film I saw, but it left me slightly cold the first time I watched it. I have since grown to appreciate it far more; though it is not his best film, Rashomon is a taut, meticulously crafted piece of mystery cinema that packs quite the emotional punch with its conclusion. For the Shakespearean aficionado, there are loose adaptations of Macbeth, Hamlet, and King Lear in Throne of Blood, The Bad Sleep Well and Ran. The Bad Sleep Well (1960) is an effective corporate satire, and the other two are brilliant takes on the Bard’s source material. Kurosawa’s personal touches are apparent, particularly in his handling of the power-hungry monarchs’ downfalls in Throne of Blood (1957), and in his poignant remodelling of the blinded Gloucester in Ran (1986). Red Beard (1965) and Kagemusha (1980) are two other terrific period character studies, the former a unflinching but rewarding look into the medical profession, and the latter an intriguing look at the Japanese Sengoku period of social and political upheaval. Kagemusha significantly contrasts Ran‘s depiction of the same time period, with its deliberately limited portrait of a powerful feudal lord and his secret doppelgänger. As with Seven Samurai‘s influence on Rogue One, The Hidden Fortress (1958) influences the first installment of the Star Wars films, with a plot structure that provides pure, unbridled enjoyment.

If you are looking for more modernity in Kurosawa, an eager viewer should explore the likes of Drunken Angel (1948), Stray Dog (1949), and especially Ikiru (1952), which features the greatest portrayal of suffering and dying in Takashi Shimura’s Watanabe. Ikiru is a film that begins in the most depressing and downbeat mode possible, yet reaches a powerful and inspirational ending. Kurosawa crafts a truly meticulous character study, which proves an intriguing companion piece to the likes of Drunken Angel and Stray Dog, where Kurosawa places his characters in equally cynical and pessimistic situations, fashioning a criminal underworld with smidgens of humanity in its margins. Shimura and Mifune co-lead both films, and make for a dynamic pairing when the two actors play off one another.

Even when he takes on somewhat melodramatic and predictable material, such as The Quiet Duel (1949), Kurosawa still transforms it into a solid drama, and in this case a rather effective acting showcase for his leading man Mifune, excellent in the role of an infected doctor pushing away his loved ones. Kurosawa’s inexhaustible talent is such that he could make a film where nothing really happens – the low-key and endearing One Wonderful Sunday (1947) – intriguing, simply with his unusual perspective of the normal and the everyday. And when he was on top form, nobody could reach the heights he hit. His most underrated film, High and Low (1963), is also his masterpiece, the pinnacle of his achievements as a director. One half a terrific acting showcase for a uniformly terrific ensemble, one half a directing showcase for a filmmaker ramping up the police procedural genre, High and Low is a tightly plotted and intensely moving study of the good guy, bad guy conflict. The high and low worlds of two characters clash in a haunting conclusion. This is a mark of one of his great abilities as an auteur: he refuses to take sides. He never holds your hand, but instead crafts impeccable films that both force and allow you to reach your own conclusions.