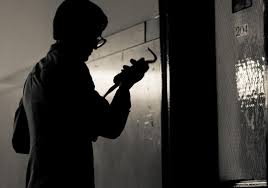 GEORGE NOTT checks out a preview of 1971, a documentary ‘well worth your attention’, and showing in London from 5th-11th June at Bertha DocHouse in Curzon Bloomsbury. For ticket information, click HERE.

At only seventy-nine minutes’ running time, Johanna Hamilton’s 1971 is a brief piece of work, appropriately suited to its subject matter. On March 8th 1971, the event to which the title refers, eight anti-war activists from Boston broke into an FBI field office in Media, Pennsylvania and stole as many files as they could. The break-in itself was relatively smooth and, despite the cosmically high stakes for those involved, was met with a laughable lack of resistance in the process. The film itself spends very little time detailing the break-in, in part due to the necessary lack of first-hand evidence (the activists have never been caught and 1971 is the first time any have revealed their identities) and in part due to the sheer simplicity of their actions. As far as heists go, 1971 is a long way from Heat or Ocean’s Eleven; however, the ramifications of the documents’ release are ground-breaking, and it is in detailing these consequences that 1971 finds its narrative thrust and, crucially, its powerful resonance.

The film’s co-executive producer, Laura Poitras, was also a producer on last year’s Citizenfour and there are a number of parallels to be drawn between the two, not only in the nature of the information released by either Edward Snowden or 1971’s activists, but in the US government’s treatment of the whistle-blowers and their community. British viewers will also recognise uncanny similarities between the Cointel Programme and the recent scandal regarding the Metropolitan Police’s Special Demonstration Squad. To be sure, it is in dealing with the event’s wider historical framework that 1971 flourishes. The break-in itself combines talking head narration with acted reconstruction, the latter of which feels a little too clunky and late-night crime show for a documentary dealing with an event of such significant consequence; as former Washington Post reporter Betty Medsger concedes, without the break-in of 1971, the Watergate scandal might never have come to light. Yet, as aforementioned, the break-in itself takes up a brief period of 1971’s running time and it is to the film’s credit that it eschews further reconstruction in favour of using first-hand video evidence of the wider political ramifications that shook America.

Hamilton’s greatest success, however, is in letting the activists speak for themselves. Each gets a significant amount of screen time to tell their version of the events leading up to, including, and following the break-in, as well as input from journalists and historians. One former FBI agent also gets a say in case anyone were to complain about bias, although he manages to claw back very little, if any, dignity for the Bureau. What’s more, Hamilton and her team have struck gold with their subject matter. Until now, none of the activists have discussed that fateful night, or even revealed their complicity in it, and yet their actions initiated the moment at which public sentiment towards the government in the US changed dramatically. In being the person to bring their story to the screen, Hamilton has unearthed a seminal piece of history. 1971 echoes Citizenfour, The House I Live In, Fahrenheit 9/11 and more in its depiction of the US government and for fans of the above, 1971 is a must-see. Yet the events at the heart of 1971 are, in some respects, the reasons the political questions behind these other films exist, as the Boston activists paved the way for those to follow; for that reason alone, whatever your political views, the hour and twenty minutes of which 1971 is comprised are well worth your attention.