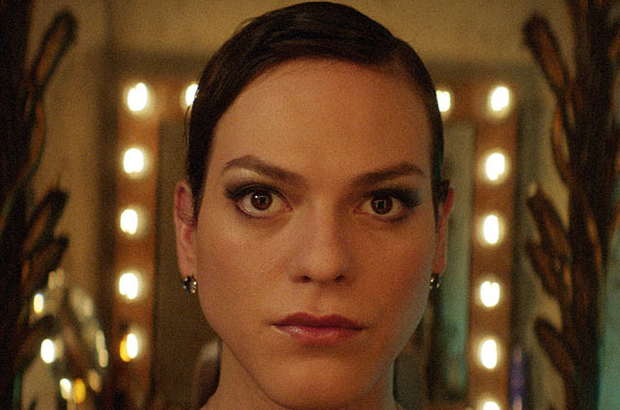 MO-JAI MCKEOWN discusses this ambitious but problematic look at a grieving trans woman, suspected of the murder of her partner.

Sebastián Lelio’s A Fantastic Woman, a well-intentioned but ultimately flawed take on society’s treatment of transgender people, opens with a sequence which perfectly captures all of these shortcomings: we see images of the Iguazu Falls, replete with a swirling orchestral score, whilst the title card is drowned out by the thrust of the falling water, unable to superimpose itself until it embraces the vivacity of the colour pink. Thus begins a series of maddeningly facile symbolic images, each shot crying out into the ether in the hope of finding some nuance. Here is a film with praiseworthy credentials and (mostly) progressive ideas, but A Fantastic Woman is marred by the clichéd and sometimes problematic direction of the much-lauded Lelio.

Narratively, Una Mujer Fantástica shows some promise. It follows Marina Vidal (Daniela Vega) as she mourns the loss of her lover, Orlando, after he has an aneurysm, leaving her to face a mountain of bureaucratic and societal obstacles. The initial trials she faces are not dissimilar to those in other recent films that deal with grief, such as Manchester by the Sea, but by the time Orlando dies it is clear that the narrative will approach issues rarely highlighted in mainstream cinema.

Lelio’s film focuses on systematic societal mistreatment of transgender people alongside focusing on the death of the lover. Marina has yet to have even been informed of the fate of Orlando when the surgeon — in a scene that would not be out of place in the detached, brutal surrealist comedy of Yorgis Lanthimos — clinically asks her whether Marina is a nickname, alluding to her name when she identified as male. This scene,  in which a partner is unable to even receive tragic news without being discriminated against, sets the tone for the film, with Marina facing an unrelenting barrage of mistreatment from a range of institutions. These scenes vary in context but all depict, in the plainest terms, the practical and emotional difficulties faced over the course of a transgender life.

Beyond simply portraying these societal issues, Lelio does grapple with some more abstract thematic ideas, most prominently the notion of identity. A particularly arresting sequence sees Marina approaching a mirror which is being transported through the street. Lelio creates a disorientating effect as the image of Marina fails to focus. Just as a stable image finally forms, the mirror is moved away, with Marina left to stare into the void. This is a stunningly realised sequence, and one which reverberates thematically through the film: Marina is consistently deprived of her own identity as a parade of individuals misname her and fail to acknowledge her as a woman, from her lover’s son to a police officer who instructs her to use her ‘real name’.

There is a tangible, often authentic anger running through the core of these aforementioned scenes, with a more naturalistic tone adopted for these parts of the film. Indeed, the instrumental decision to cast a trans actress in the role of Marina proves to be a revelation. As revealed in the post-screening Q&A, Lelio had initially approached Vega as a script consultant, prompting her to share her experiences to ensure that the film remained authentic and realistic in its portrayal of transgender lives, but grew to realise that she embodied the spirit of the character better than any other. This casting, a rarity in a major production, is a masterstroke, making the film feel profoundly real in a way that films such as The Danish Girl (a critically lauded film which failed to cast a trans actress in the lead role) do not.

Whilst the truth at the core of the film isn’t in question, the intentions of the director himself are less clear. Disappointingly, Lelio conceded that the film wasn’t even conceived as a vehicle for transgender frustrations, but rather as a more standard tragic film. Though it is by no means necessary for films to be defined by their trans characters, and trans elements being incidental to the driving force of a film can be refreshing, I felt that there was in insincerity in this particular rendering. It is difficult to shake the disheartening suspicion that beyond any significant compassion or interest in transgender issues, Lelio simply opted to use the transgender community to feed into the frustratingly tragic narrative that so often surrounds depictions of trans lives in art.

This impression isn’t helped by the overriding sense that Leilo approached this as a purely cinematic exercise: he himself proclaimed the film ‘trans-genre’ in reference to its tendency to switch between social realism and surrealism in the space of a few frames. Trans experiences (and the implied gender fluidity) serving as a metaphor for visual and artistic fluidity seems to me to be potentially reductive. This would be fine for most subject matters, but when treating a topic which demands sensitivity, this directorial detachment is jarring and ruinous for the film. This is especially evident when the directorial flourishes are neither inventive nor particularly meaningful. Though the mirror scene described above does astutely convey an intended meaning, the rest of the film is devoid of this deft touch, instead relying upon hackneyed visual symbolism and forced stylistic flourishes, many of which have Pedro Almodóvar’s fingerprints all over them. If you dare to magpie from an auteur, it must be done with chutzpah and purpose. Neither quality is found in the scenes which strive for euphoric surrealism, such as the scene in which Marina, alone on the dance floor, is joined by a dance troupe adorned in glitter. It is a scene which would provide satisfying catharsis placed in any other context, but when such flourishes are simply inserted for effect rather than earned organically, audiences struggle to connect with them on an emotional level.

Ultimately, despite the positive step of casting a trans actress in the lead role,  Lelio approached the film with the aim of making a piece of cinema, rather than the bold and furious expression of oppression it ought to have been. The film’s great potential is, frustratingly, not fully realised.

‘A Fantastic Woman’ is on general release from 3rd March.