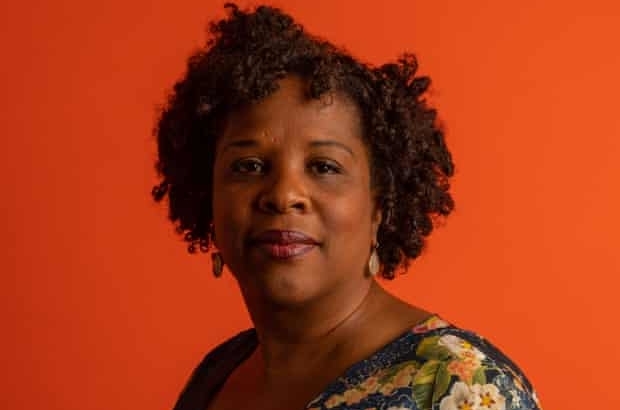 In June, Tayari Jones’s An American Marriage won the Women’s Fiction Prize, snatching the prestige from a slew of esteemed novels – including Anna Burns’s 2018 Man Booker fiction winner Milkman – to carve her notch in the totem of the American canon. Despite being Jones’s fourth novel, this is the first of her works to appear in print in the UK. There can be little doubt, however, that with this  readable and quietly razor-sharp novel, Jones is surely destined for relevance.

A novel about the marriage of two young African-Americans, Roy and Celestial, and what is essentially their fall from paradisiacal youth into the jaws of America’s most sinister institution, An American Marriage is an ambitious, but unpretentious work. The central event is the false accusation that Roy has raped an older woman in a rural motel. Wrongfully incarcerated for twelve years, he must fight an endless trial of retribution to get back to the life that he was promised as a reward for his years of work. Celestial, too, must now navigate the choice between turning away and living with her freedom, or sacrificing everything she has built to stand by Roy and live with her conscience intact. The rape remains unresolved throughout: the truly guilty man is never sought, and the justice system stands immovably in the way of appeal. Though Jones rarely engages with the rape beyond the cold fact, it remains the awful event for which nobody in the novel is guilty, and for which everybody suffers, and the work evolves into a negotiation between self establishment and recovery.

The NAACP’s Criminal Justice Fact Sheet displays only a few US prison-system statistics: “African Americans are incarcerated at more than 5 times the rate of whites”; “though African Americans and Hispanics make up approximately 32% of the US population, they comprise 56% of all incarcerated people (as of 2015).” Jones takes on the flagrant unresponsiveness of central authority, and the almost compulsive incarcerating tendencies of the US justice system are at the heart of her writing. During the central passages, where the narrative is carried by letters sent and received, characters are reduced to words, “which are light and flimsy as air” by Celestial’s own admission. Here, she is not, as Roy is, compressed into the confines of a prison cell, but rather brought to the brink of dissolution. Each finds their agency reduced, and the intimacy of the first-person narration of the rest of the work disintegrates.

The irony is that although Roy has been locked away from his wife, parents, freedom, money, and opportunity, he finds the primitive semblance of a home inside. Although we hear very little of his time in prison, he is helped to adapt to a life that many black American men must unjustly face, and he helps others adapt to life in the free world. Now spat out of the institution, Roy, is caught “choking again on the word father”, and tasked with reorganising his distorted heritage. Even in the free world, the fluent germination of family is perverted by the relentlessly disruptive cultural soil he finds himself rooted in. Celestial, too, is forced out onto the high-wire, for despite the profound importance of family, she tells us that “time is the quintessential mother”: what is now required of her is a ceaseless balancing act between love, family, freedom, and history.

It is unsurprising that Jones has claimed An American Marriage is in dialogue with the Odyssey; indeed, it may not be too much of a stretch to see An American Marriage as a subtle recasting of the founding of a civilisation. It operates according to similar principles to the foundational piece of the eurocentric canon: husband, forcibly divided from a young wife by the sexual criminality of another man, must endure trials over the span of many years in order to return to her, while she commits herself to her art, and must face the presence of a suitor. The marriage itself becomes a “fine-spun tapestry, fragile but fixable”, and by, through allusion, magnifying Penelope’s decades-long task to become the book’s central image, Jones reworks her own narrative to emphasise that the sacred institution can be reworked to the tune of resilience rather than violence.

In An American Marriage, Jones never stokes the flames, but lets the softly burning coals of tempered indignation simmer away beneath the injustice endemic to millions of Americans. An American Marriage is a humbly innovative piece of writing about the appalling realities endured by people and families. In the midst of a presidency where the nation’s leader fosters inequality with impunity, Jones summons to the podium the persistently suppressed nightmare faced by a nation.

‘An American Marriage’ is published by OneWorld (£8.99)