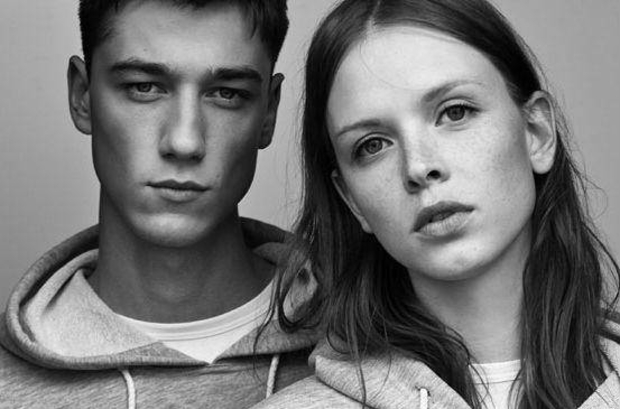 THOMAS NGUYEN discusses the merging of masculinity and femininity in fashion.

‘Fashion reflects the time we live in’ declared Coco Chanel. A powerful tool of representation and identity formation, fashion makes apparent the way we think and feel about our bodies. As such, it has often tended to blur and subvert the rigorous models of masculinity and femininity offered by conventional standards that govern our daily life. Only in recent years, however, can we witness a real erosion of those gender confines in an industry that is veering towards a more inclusive approach. Throughout history, clothing choices have allowed people to move between and redefine the binary gender ideals, however, the real conquering of this duality seems to be taking place in fashion only relatively recently.

Historically, menswear has experienced constant revision because of continuously shifting societal standards of ‘Masculinity’. In the 18th century for instance, it was perfectly ‘manly’ to wear a pink silk suit with floral embroidery. In fact, the colour pink later circulated among wardrobes of working-class men. Yet today pink is considered highly effeminate and even ‘millenial’. In early 19th century Britain, the dandy – and the immense care he placed on his apparel – dominated male fashion trends. His ‘morning dress’ constituted tights, a corset, and numerous accessories: What is arguably the very opposite of what is expected from a man’s dress of the following decades. Although these constituent ideas of masculinity established by the dandy have successively been reinvented, the common denominator of those shifting trends was their impassable gendered rampart. This constant act of defining within the redefining of what was masculine, ultimately perpetuated the distinction between what was considered a masculine or feminine piece of clothing, with each respective attribution relating back to one’s place in this Western social stratification of gender.

With the western-centric, post-war realisation of life’s transience, many women desired for equality in the hedonistic occupations observed in the lives of their male counterparts. The ‘Garçonne’ or ‘Flapper’ generation of young western women in the the 20’s, with their mixed way of dressing, was central to the challenging of traditional gender roles.

Beginning in France, garçonnes adopted an androgynous, ‘up & down’ style by perpetuating their disdain for what was then considered acceptable behaviour. The rigid cut of Victorian dress framed by the discomfort of corsets and petticoats were spurned. Instead, pyjamas, neckties, canes and monocles were added to their daily attire. In Paris, Coco Chanel pioneered this revolutionary movement in fashion by encouraging women to wear trousers and cut their hair. In her 1926 Collection, she introduced the iconic Chanel feminine blazer, a few decades before Yves Saint Laurent was to design the first Smoking tuxedo for women. By normalizing the masculine cuts of menswear in women’s clothing, Flappers, alongside the popularized designs of Saint Laurent and Chanel in high fashion, attempted to mitigate the boundaries of femininity, and perhaps by extension, masculinity.

In the midst of this revolution in the 1920s, the fast paced fashion industry often leaves little room for reflection. What if the appropriation of menswear perpetuated patriarchal norms? Accepting to ‘wear the trousers’ to attract respect is indeed conformity to what is defined as masculine and superior, thus bolstering the unequal respect showed to every other gender identification. Through their style, flappers embraced a new kind of comfort and independence. Why their bowler hats did not lead to the complete fading of a strictly gendered fashion shows that their defiance still rested on the idea that only a more masculine presentation of oneself could lead to more freedom and enjoyment of life.

Fashion in recent years has now placed itself at the forefront of overcoming the barrier erected between the two traditional gender ideals. Menswear is revising the definition of masculinity by diversifying the cuts, colours, and formal elements of clothing, perhaps rediscovering ideals of the Flappers. Designers currently dominating the fashion world in the 2018 Spring/Summer fashion weeks seem aware of their power and responsibility over that process, leading the movement through their works. In London, Vivienne Westwood dressed her male models in silk dresses while Charles Jeffrey Loverboy opted for puff-sleeved gowns. In Milan, Gucci designer Alessandro Michele blended his men and women’s collections on the catwalk –  making pussy-bow silk blouses and pastel-coloured lace shorts indifferently worn by everyone.

Androgyny is now filtering into every western, corporate, and highly capitalized high-street store. Zara opened a gender-neutral fashion range in 2016, ‘Ungendered’, while H&M started to design unisex denims. Traditional bastions of UK retailing are following the pace: John Lewis recently abolished ‘girls’ and ‘boys’ labels on children’s clothes while Selfridges created an ‘Agender’ concept space that offers genderless fashion, accessories and beauty. Can also be witnessed the effervescence of new gender-fluid brands, following the pace of Comme des Garçons’ Play and Black lines. L.A based 69 US, for instance, calls itself a ‘non-demographic lifestyle brand’ and offers classic pieces reminding Margiela’s high-concept wearibility. Their oversized jumpsuits, culottes and one-piece cover ups are destined to a generation that is putting labels back to the cloakroom.

Historically, fashion has dictated what jobs people can do, how someone can act, and confined self-representation to gender binaries. The call for the end of categorization in social attributions of gender began almost a hundred years ago, and although this has happened slowly, the normalization of androgyny, and gender-fluid clothing resonates attitudes of 21st century liberal inclusiveness.

Featured image of the ZARA gender-neutral range; courtesy of independent.co.uk