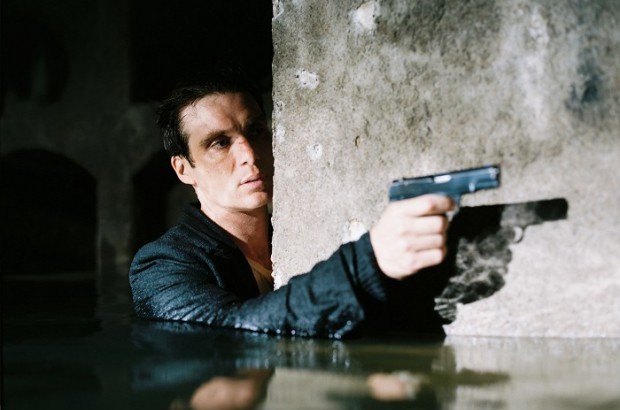 Philippa Foot developed a great moral dilemma: the ‘Trolley Problem’. Suppose a train is travelling on its track, heading in a straight line. Up ahead there are five people tied to the train tracks, unable to move. If the train continues straight ahead, all five will be killed. However, there is an option of pulling a lever to divert the train onto another track which has only one person tied to it. To act is to kill, but not to act is also to kill. What do you do?

Anthropoid is a film that provides a version of that ‘Trolley Problem’. Would you kill one of the most evil Nazis in the Third Reich if it means tens of thousands of your fellow countrymen are consequently murdered?

The Czechoslovak resistance faced this same dilemma during Operation Anthropoid, now immortalised in a titular film. As Jozef Gabčík (Cillian Murphy) and Jan Kubiš (Jamie Dornan) are questioned about their plan to assassinate Reinhard Heydrich–a high-ranking German Nazi official and main architect of the Holocaust, otherwise known as the ‘Butcher of Prague’–one of their leaders denounces the plans. ‘Czechoslovakia will be wiped out’, he bellows.

A fitting bleakness of style reflects the tragedy that is to follow. A bulb dipped in red paint to develop pictures was the only shot in Anthropoid that was visually colourful. Though normally considered masterpieces of Gothic architecture, the film’s setting transforms the Prague Castle and Charles Bridge into imposing structures without any beauty to behold. Gabčík and Kubiš’ respective romances with Lenka (Anna Geislerová) and Marie (Charlotte Le Bon) are ill-explored and underwhelming. Perhaps the lack of a romantic sub-storyline is a deliberate choice so as to not distract from the focal message of the film. A monochromatic palette provides little hope for the Czechoslovak resistance, and reminds cinemagoers of the gruesome outcome they will ultimately face.

Despite the slow-burning storyline, Anthropoid’s action scenes are fantastic. The final scene in the Orthodox Cathedral, which lasted six hours in reality, is perhaps the real pull for cinema-goers. The numerous deaths suffered by the Nazis only point to the inevitability of death hanging over the resistance fighters. The audience are left with conflicting emotions: sad with the knowledge of their certain failure, yet proud of their sacrifice and bravery. When Uncle Hajský says to Kubiš ‘You’re the bravest man I’ve ever met’, an utmost sincerity is conveyed.

Anthropoid is not a film that aims to sanitise history. Though harrowing to watch, director Sean Ellis did not shy away from illustrating inhumanity, particularly of the Gestapo’s interrogation methods. Despite claims from some viewers that such content is inappropriate and shocking, it would be a crime to sugar-coat an event so horrific it remains imprinted in the minds of the Czechoslovak people. This would entail bowing to a dangerous line of censorship; film and other media should not forget that the most important lessons may not be entertaining.

Men and women are rounded up as their village is burned and levelled; a teenage violinist whose parents hid protagonists Gabčík and Kubiš is tortured into revealing their location; a boy is shown his mother’s decapitated head while having his hands smashed by a hammer. The Lidice massacre saw a destruction so complete even village pets and animals were slaughtered.

Considering the sheer number of war films, Anthropoid is not the most memorable, nor will it become a household favourite. However, the powerful emotions conveyed in the film can cause Sean Ellis’ audience to forget historical fact: despite my prior knowledge of the Lidice massacre, a little part of me clung to the hope that the good guys would live. Nerve-jangling and gruelling, Anthropoid has a rare honesty that is both exhilarating and heart-wrenching.

‘Anthropoid’ premiered on 9th September 2016 and is on general release.