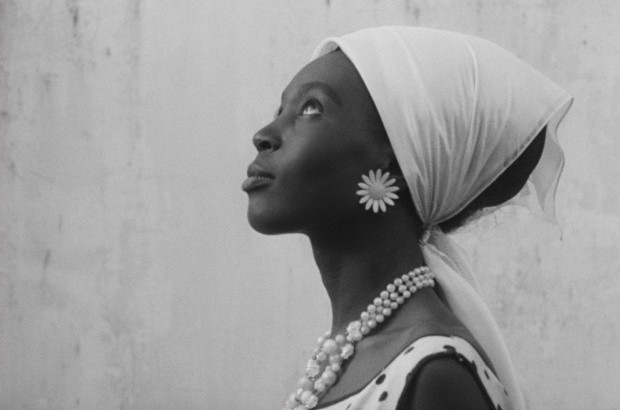 IFE NWIBE looks back at the outstanding legacy of Senegalese filmmaker Ousmane Sembène and the cultural relevance of his work that has persisted over time.

The recent UK release of the documentary SEMBÈNE! (Directed by Samba Gadjigo and Jason Silverman) turns our minds to the outstanding legacy of Senegalese writer, poet and filmmaker Ousmane Sembène. Years ahead of his time, Sembène was a director that anyone interested in the politics of decolonisation and oppression at large in West Africa should explore.

The first Sembène film I ever watched was La Noire de, which follows the life of Diouana, a young Senegalese maid, as she tries to make a living within the realities of post-independent Dakar. Set between Senegal and France, we watch as her sources of joy and pride turn into insurmountable agents of disappointment and repression. The film, based on a real life event, explores the insidious effects of Senegal’s colonial history on its relationship with France and the French. I had never seen anything like it before. There was a certain dignity and serious-mindedness with which its subjects, black Africans just like myself, were treated. This was not West-African cinema of folklore, misogyny and evil. It fed me reality. The images took hold of a previously unknown space between my eyes and my mind and seemed to be saying: ‘I see you, you exist, you are important and you are equal’.

The beauty of Ousmane Sembène’s films lies in the humanity that is vivid on the screen. His camera takes snapshots of the ordinary and builds them into a symphony that shows us the poetry within the motions of everyday life. Releasing his first film Borom Sarret in 1963, Sembène effectively opened up the world of cinema to African stories told by Africans. A Marxist-Leninist, he believed that film could (as he explained in a 1969 interview with Guy Hannebelle) ‘crystallise an awakening within the masses’. His grassroots approach to filmmaking was able to capture the complex reality of struggles for decolonisation and what it meant to be West African at the dawn of independence.

Sembène’s films retain their relevance because his comments on neo-colonialism and the creation of a new African class were so nuanced and insightful that they feel just as pertinent now, almost 50 years later. In Xala, a satire about Senegalese politicians, he criticizes the tendency of post-colonial governments to enact fastidious restagings of colonial politics. In the movie, Senegalese politicians take over from the French but continue to perform ‘French-ness’ in mannerisms and the way working-class Senegalese people are treated.

At the time, Sembène was able to expose the hypocrisy of those who lead the fight for independence: but what do these films say about West Africa today? Have we truly shaken off the cloak of political oppression?  How do the privileged sit within the structures of power?

Again and again in West Africa people are betrayed by the blatantly irreverent politics of violence. The bizarre lack of empathy and respect for human life is reminiscent of a time when the people in power did not believe in the humanity of black Africans. Yesterday I watched a video on Facebook where a young Nigerian said, ‘Let the British come back and colonise us so that we know that we have lost our country because right now this is not a country… we are not independent’: the current state of affairs has genuinely make me question our stated independence. Power has traded hands but the system of oppression is still deeply entrenched, now established on privilege rather than race. With the recent resurgence of the movement for decolonisation, Sembène is an artist we can turn to in search of answers.

There is a climate of conflict and struggle that pervades his work. The constant struggle between the past and the future. The struggle to be better than we were. Despite his respect for culture, Sembène does not uphold the valuing of tradition over people’s individual lives. Mooladé (2004) depicts a battle between the old and the new. It asks: what purpose does tradition serve and is it static, written in stone and never to be edited?

Mooladé asks; ‘who creates culture and why do traditions survive?’

It made me smile because it captured the fact that a life full of difficulty can also be full of joy. It is an example of how film can ask questions that may not be directly linked to the narrative. We get a glimpse into a village and its women as they try to resist some patriarchal traditions while inevitably upholding others. Semebène’s work strives to be loyal to the nuances of reality: in this case the reality of women’s interactions with the patriarchy which is visible in different forms in many societies today.

Without performance, Sembène makes films that truly stem from a belief in the social, political and economic equality of the sexes. They invite the audience to encounter women playing active roles in their society and in the liberation of Africa.

African film expert Teshome H. Gabriel argues that ‘African cinema itself is a matter of questions and questioning that never merely accepts the supposed givens of African reality’. As the father of African cinema, Sembène exemplifies this claim.

SEMBENE! is currently showing in cinemas across the UK, including Picturehouse Central and Ritzy Cinemas (London). You can watch the ‘SEMBÈNE!’ trailer here.

You can also watch his films ‘Xala’, ‘Mooladé’ and ‘La Noire’ de at the upcoming series on Sembène at Picturehouse Central.