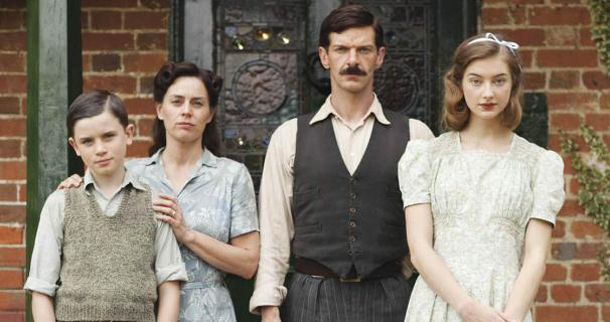 SOPHIE MEADOWS talks to actress Antonia Clarke about her latest projects and being cast by Woody Allen.

Antonia and I finally manage to chat over chocolate cake and green tea on our third scheduled meeting. She had to cancel the first due to a hair appointment running over (she’s gone ginger for filming) and the second for a last-minute dance lesson for her most recent ITV drama.

Prophesied as one of ‘Screen International’s stars of tomorrow 2013’, Antonia is quietly taking British drama by storm. With an impressive CV including appearances on Skins, Parades End, Les Misérables, ITV drama Lightfields and most recently BBC’s The Thirteenth Tale, Antonia is also studying History of Art at Goldsmiths, when she’s not on set. 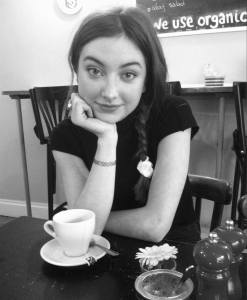 Tell us about Altar, the last film you acted in

I had such an incredible time filming this, it was a quite intimate shoot as the story predominantly follows only four characters. I always find it quite sad how close you get to everyone on set, even over a short period of time, and then filming ends and you go your separate ways!

The film, directed by Nick Willing who is amazing, centres on a family who begin renovation work at a remote English estate, where the previous owner supposedly killed his wife years earlier in a demonic ritual. As they begin to restore the house they uncover its disturbing history. As well as being terrifying, there is also this psychological thriller entwined within the story. I think it’s expected to be released later this year at the Toronto Film Festival.

It was the third ghost story I’ve done in a row now, but my character Penny in Altar was so different to anyone I’d ever played – I’d been a ghost and psycho killer in the previous two – and it was fun to play someone who was on the receiving end this time; Penny is the person being haunted. She isn’t just a vulnerable, passive victim though – I got my fair share of some kick-ass action which was great! I think there is such a fun element in scaring yourself, I think thats maybe why I’m attracted to dark subject matter in films – Black Narcissus is one of my favourites, I love dark films!

And your most recent project, The Great Fire?

The Great Fire is a four-part drama for ITV which I begin filming next Wednesday, it’s got a fantastic cast attached so I really excited. It’s inspired by the historical events of 1666 with the decadent backdrop of the restoration period in Charles II’s court. The story focuses on the circumstances which led to fire; the baker Thomas Farriner’s story, and how King Charles II dealt with all of the chaos. I’m playing Frances Stewart who was a real woman of the court at the time. She became known for her virtue, as one of the few women to reject a king. It was really fascinating playing a woman at a time when it was such a man’s world – she manages to manipulate those around her using her sexuality chastely; she’s strong willed and perceptive, and politically aware enough to remain in favour at court despite not giving the king what he wanted.

I’m especially pleased to be acting in The Great Fire as the events of 1666 are one of my favourite episodes of British history. The drama is so organic, you don’t need to push for a dramatic story – between the plague and the destruction of the fire – it’s all already there!

During rehearsals I’ve also been picking up some kooky talents: I’ve been having seventeenth century dancing lessons which is hilarious. This week I’ve had a few costume fittings and all the clothes are so stunning. I think the series will be end up looking really beautiful and authentic.

We’ve heard rumours about you being too busy to finish your degree at Goldsmiths – are you planning to stay on?

I’m really going to try and stick it out, it’s hard to juggle everything but I think if I can manage it, I’ll get a lot out of it. It’s another dimension of education, and I think it’s important to have those everyday life experiences that come with being at university and they definitely filter into my acting.

What was the last item of clothing that you bought?
I actually just bought some high-waisted, red, corduroy trousers from a charity shop, they’re very flared. I’m not sure when I’m going to actually wear them but they were a fiver so I couldn’t resist.

Did you do anything exciting for Valentine’s day?
I mostly took selfies with my dog. She’s a Jackadoodle that loves walnuts…

How easy do you find it to learn scripts?
It’s mostly practise. My judgement of a good script is one that it’s easy to learn.

What’s been your proudest moment to date?
I think it’s important to not dwell too much on past achievements and stay focused on the next instead. Having said that, I was really thrilled to be offered a role in Woody Allen’s film Magic in the Moonlight without auditioning for it. Although it’s a very brief part, it was incredible to meet him, I’m such a huge fan of his films especially Manhattan.

Who has made you the most star-struck?
Helen Mirren once washed her hands in the sink next to me. I was tempted to steal the towel she dried her hands with, but realised that would have been a bit creepy.

How do you like your eggs in the morning?
Is that an innuendo?! No? Then I like them poached.

What’s your favourite book?
I’m really into short stories at the moment, especially Chekhov’s. The last actual book I read was The Alchemist by Paul Coelho but my favourite books are To Kill A Mockingbird and Just Kids by Patti Smith.

The Great Fire will be shown on ITV in four hour-long episodes across four consecutive days, later this year.