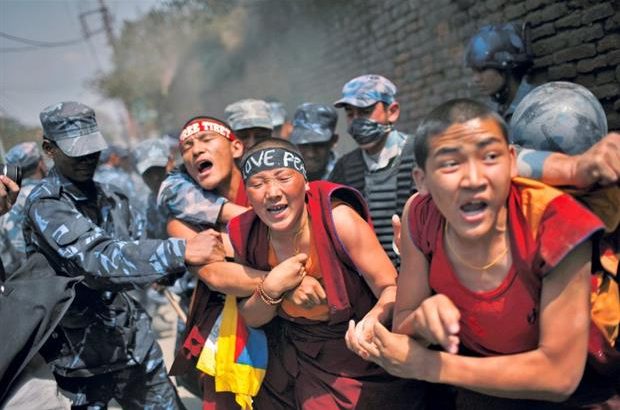 Government control and surveillance of the internet. Online violence campaigns against women. Commercialisation of cyber-crime. A dystopian sci-fi? Sadly not. Cyber invasion has become a regrettable reality of the twenty-first century, as Toronto-based filmmaker Nicholas de Pencier explores in gripping documentary Black Code. Based on the eponymous book by professor Ronald Deibert of the University of Toronto, the ninety-minute documentary examines the threatened state of our digital rights. De Pencier encompasses an enormous range of stories, from Tibetan monks attempting to bypass Chinese government surveillance, to Brazilian activists using social media to expose police abuse and fight for their rights.

Never before in the history of mankind have we been more reliant on technology, yet the majority of us know so little about it. Are our online lives as private as we think? To what extent are we free in the world of digital technology? Black Code gives the answer: as the cyberspace grows bigger and bigger, people become less aware of how it actually works, ignorant of its potential threats to our privacy, rights and democracy. The documentary succeeds because it demonstrates how little we know – to say that Black Code is chilling would not do it justice.

As such, the audience become witness to the violent assault of Tibetan monks by the Chinese government. Images of helpless, vulnerable men scattered on t he ground beaten with batons are painful, if not shocking, to see. However, it is the contrast between the monks’ tranquil morning prayers and the soldiers’ brutal violence that truly makes the story intensely agonising. Innocent people are forced to live with the knowledge of being constantly watched through mobile phones, internet communications and CCTV. For Tibetans, there is no place to hide; attempts to reveal the invasion of their privacy in the hope of receiving protection are frail. Tibet is a ‘black hole’ for media, notes the director of Tibetan Action Institute, J. Lhadon Tethong. There, freedom of speech is non-existent; attempts to overthrow the status quo almost always result in further oppression. Access to Tibet is so strictly controlled by the Chinese government that Tibetans have to fight for their voices to be heard on the international frontier. Black Code is a glimpse of hope in this relentless battle between liberty and control.

Black Code also shows how the civil war in Syria has evolved into a cyber-war on Facebook. Both sides of the conflict use the social media platform as a tool of self-promotion, scaring the opponents and fostering confusion among peaceful citizens. A harmless Facebook post cost programmer and web designer Wjd Dhnie a month’s worth of torture, with metal whips in a basement, covered in his own blood and faeces. More than ever, one is compelled to think twice before posting anything online, as Black Code demonstrates how the most innocuous of personal opinions could backfire.

The film reveals a hidden digital world, a cyberspace obscured from the average internet user. It only takes a couple of careless clicks on a picture or link to install malware that overtakes your personal computer. Identity theft is no longer a stray incident, but an ordinary occurrence. Data is leaked every day and digital traces are harder and harder to erase.

However, depressing as it is, Black Code does give us a glimpse of hope, a slight shaft of light at the end of the tunnel. ‘Hacktivism’ is the term that Ron Deibert employs to describe people who take action using social media and digital communication. Live streaming of protests against the FIFA World Cup in Brazil has become a major movement among the young population. Mainstream media coverage of the protest was vicious, portraying the protestors as aggressive, and the police and government as victims. However, an online community proved quite the opposite: a peaceful protestor was framed for injuring a policeman with a Molotov cocktail, when in truth, footage shows an undercover cop throwing the explosive. Black Code illustrates how technology is a double-edged sword: a tool to mistreat and oppress, but also a tool to fight back.

Black Code calls for global action – to stand up for privacy rights. Without privacy, there is no democracy; this seems to be the point that Nicholas de Pencier is trying to convey. Governments must be held accountable for the control of cyberspace and cease operations that infringe our rights and freedoms. In our digitally driven world, technology is both the poison and the antidote. While the abuse of privacy rights may always remain a problem, perhaps the best solution is to strive for digital democracy.

‘Black Code’ is screening at the Human Rights Watch Film Festival on 10-11th March. More information on the film and festival here.