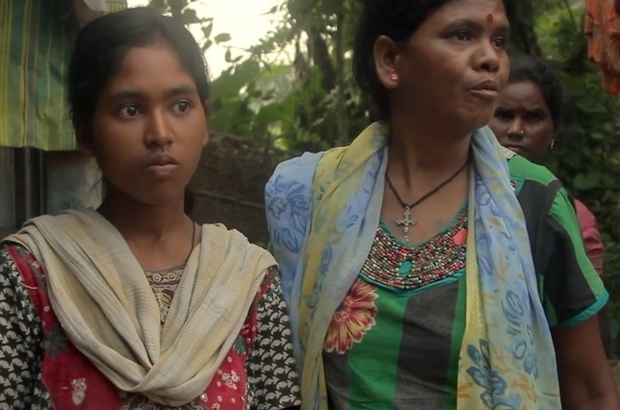 Comedian Reginald D Hunter said that one of the greatest things he had discovered after moving to Britain was ‘fuck-you movies’. These were movies that refused to follow the traditional storyline of the standard Hollywood picture. Films like The Usual Suspects and Barry Lyndon were not concerned with seeing the cute characters find love and all the bad ones going away. With an idiosyncratic brutality, they ripped up the Hollywood rulebook and chose an alternative path.

Cecilia shares in this same brutality. It gives us no happy ending, just the tale of a housekeeper whose efforts to investigate the death of her daughter are thwarted at every turn. As the maid of director Pankaj Johar, her story is one of the few that are able to come to light. Loaded with the mystery of a Hitchcock classic, Cecilia is dashed with the brutal realism of an Indian Ken Loach. Johar’s film leaves the audience in one of John Grisham’s film adaptations without any silver lining. It is David versus Goliath, except the strongman wins, and the little guy becomes an alcoholic.

Cecilia tells the story of a tribal woman from West Bengal, India, who relentlessly struggles to find justice for her daughter who having been trafficked, is found dead in New Delhi. Everyone is against her: the police, the courts, her village, even her own family. When monetary compensations are offered for her daughter’s death, Cecilia turns them down. Deciding to fight back in a system where thousands tribal children get trafficked into forced labour every year, she demands nothing but justice. Living in the Assam district, one of India’s poorest regions, Cecilia’s quest for justice seems futile when even the police are wilfully blind to the blatant crimes occurring in their communities.

Johar thought Cecilia’s problems would not last for more than a few days. ‘We thought it would get sorted quickly and the trafficker would get punished,’ he says. He could not have been more wrong. Cecilia’s decision to fight rather than submit to the news of Mati’s death forces her to navigate the complex and corrupt network that makes up the judicial and justice system of India.

With little humour and not much hope in its ending, Cecilia’s darker tone makes for a ‘heavy’ film. For Pankaj Johar, the production is one of guilt and self-discovery. ‘Wasn’t it people like me who were creating a demand that had opened a large market for these traffickers?’, Johar asks himself. Promises of jobs that might change the lives of those from impoverished areas of the developing world explain the prevalence of forced labour camps for children. We see workers who cling to the hope of improving their lives, even if by a fraction. Once employed, however, the mistreatment of these workers makes prominent the overwhelming discrepancy of wealth and power between the affluent and working classes of the world, and not just in India alone.

Back in West Bengal, Cecilia faces a humiliating ‘trial’ in front of her village. They tell her to drop the case, because they have been hurt by her actions. She gives in and decides to take no further action against Mati’s employer. It is even more crushing to watch when there is no last-minute twist in this heartbreak of a tale.

Though the outcome is profoundly dispiriting, Cecilia’s efforts become admirable under the direction of Johar. The film holds itself back from preaching a certain message, or forcing the audience to view issues in a manner controlled by the director. It takes the facts of a story and leaves the audience surprised, saddened, disgusted, but able to make up their own minds on what to think. ‘There were times when I could have influenced Cecilia’s decision, but it would not have been right on my part. I would have influenced the film and become an activist filmmaker’, says Johar. Although without a happy ending or silver lining, perhaps the best films are not ones to make you feel good, but ones that can evoke change.

‘Cecilia’ was released on 2nd September at the Bertha DocHouse. More information can be found here.