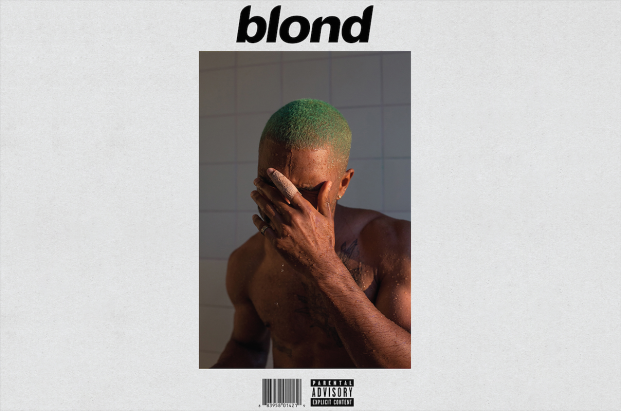 Frank Ocean’s Blonde is both avant-garde in its treatment of rap, soul and R&B conventions and nostalgic throughout — while its lyrics look back, its sound aims ahead. The same could be said of his debut album, channel ORANGE, but Ocean has, impressively, taken these features of the music that made him famous and experimented with them. Both albums are built on his poetic songwriting, the range of his voice, and sudden changes in song structure. Blonde, however, is far more subdued, and the characters that once drove the narratives of his songs are replaced by a lone protagonist: Ocean himself.

In this sense, it lacks the immediacy of ORANGE. But Ocean is the last artist any listener should interpret superficially. In his visual album Endless, released shortly before Blonde, the artist builds a spiral staircase literally step-by-step, as if to prove this: his craft takes time, and the completed work is made up of numerous smaller fragments.

Many songs in Blonde eschew the strong drumbeats that formed most of ORANGE. Instead, guitars and synths allow Ocean’s voice to be the lead instrument, while creating an atmospheric, dream-like tone. Lead single ‘Nikes’ instantly contrasts expectations, as Ocean tells the listener to doubt their perceptions. The music video’s track includes two voices, one pitched low and one high; the album’s version includes only the latter. ‘I got two versions’, Ocean repeats ambiguously — versions of this song, versions of Blonde, or versions of himself?

The theme of dreaming — daydreaming, longing, fantasising — runs throughout the album. On ‘Ivy’, a track about first love that sounds especially inspired by the 60s and The Beach Boys, shimmering guitar accompanies Ocean’s reminiscence: ‘I thought that I was dreaming / When you said you love me’. ‘Pink + White’, Blonde’s most radio-friendly track, features Ocean’s voice gliding beautifully along the song’s waltz rhythm, with the outro implementing Beyoncé’s backing vocals in stunningly low-key fashion. Their voices combine to create a soothing sound before reality sets in with the subsequent interlude, ‘Be Yourself’, in which a mother’s voice warns against drug use. Ocean, however, is locked into his own surreal world: following this maternal advice, he begins ‘Solo’ with an image of him dancing, ‘gone off tabs of that acid’.

This juxtaposition hints at Ocean’s exceptional attention to detail in terms of the album’s structure. The long pause after ‘Solo (Reprise)’, allowing you to breathe after Andre 3000 races through a verse; brief interludes like ‘Good Guy’, a lo-fi recording of Ocean improvising lyrics, uttering poetic, diary-like lines above a keyboard; the multitude of layered sounds on ‘Pretty Sweet’, forming an image of a chaotic, hedonistic lifestyle — every moment is a brushstroke, painting a self-portrait of the Frank Ocean of the last four years.

His perfectionism is best displayed in ‘Nights’, Blonde’s standout track, which captures the longing that Ocean associates with his night-time experiences. It’s a microcosm of the album, ranging from laid-back rap to pitch-adjusted crooning, and combining guitar riffs with woozy synths — all before a beat switch that, satisfyingly, arrives at precisely the 30-minute mark of a 60-minute album. In the track’s second half, piano chords and a higher-pitched vocal are introduced, but the hook (‘Wanna see nirvana but don’t wanna die’) returns, perfectly bringing the song to a cyclical end. On ‘Siegfried’, nearing the album’s conclusion, Ocean begins a spoken word verse by referring to this lyric (‘Speaking of nirvana it was there’), as he arranges his experiences chronologically as the album unfolds, moving gradually from yearning to fulfillment.

Blonde is an introverted album, reflecting the introversion of its creator. Despite the fame that Ocean has found, he has remained outside the full spotlight glare dominated by figures like Kanye West. Though Ocean and West, as collaborators, display a similar level of musical innovation, Ocean manages it without the pageantry. Ironically, in comparison to the artists who brand and advertise themselves daily online, Ocean’s identity is clearer to us than even the most followed celebrities — his music is our only point of contact, but it is the only one necessary.