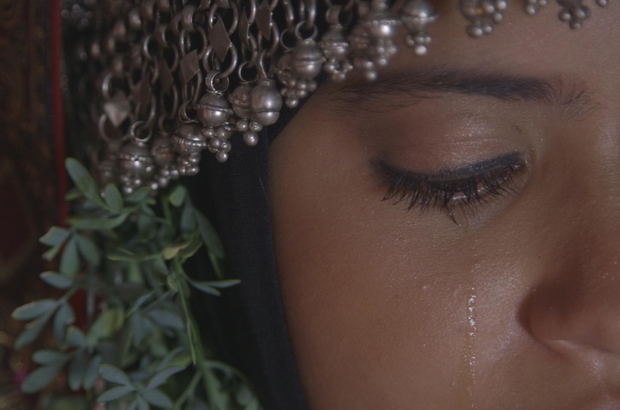 ‘I wish I were a bird, so I could fly up into the sky, and tell God about all the injustice done to me’.

Child Mother, produced by Ronen Zaretzky and Yael Kipper, is an excellent Israeli documentary featuring interviews with elderly women who were forced into marriage as young children in Yemen and Morocco. In these countries, where child marriage is a cultural norm, girls as young as twelve are married off to men potentially 40-50 years their senior. Often, these men already have children who are older than their prospective brides. It is common for the young brides to be physically and sexually abused, with some in-laws even forcing them to effectively become domestic slaves. Most viewers would likely balk at the very idea; what more of the children who are forced into such unions, without a say in the matter?

While child marriage has always been a focal point in the campaigns of human rights activists, with organisations such as Girls Not Brides tirelessly working to raise greater awareness about the practice, Child Mother tackles the problem from a different, more personal angle. This highly emotional and visceral documentary highlights the impact of child marriage on both the women themselves and the families they raise, and how it continues to affect future generations.

The interviews shown are conducted between mothers and their children or between close friends, with difficult but illuminating questions being asked. As much as the interviews are enlightening for viewers, they seem even more revelatory for the interviewers. A 96-year-old woman named Esther tells her children of how she was forced into marriage at the age of twelve, but continually escaped; eventually, she was caught and raped, but kept up her defiance by constantly attempting to miscarry. There is a sense of deep sadness and guilt palpable in her children’s responses, when they realise that their existence was essentially forced upon their own mother.

For Naomi, a child bride from Yemen promised to another man when she was five years old, her answers was far more muted and laments the complete lack of options she had. Due to the huge age gap between them, by the time she was of working age, he was already too old to work. Naomi had to juggle taking care of her children and her elderly husband, while simultaneously working as a cleaner to support the family. For all the different stories shared in Child Mother, there seems to be an underlying theme: that of helplessness and resentment.

Alongside this, the documentary does not forget the present: despite the fact that all the stories shared occurred in the early 1900s, such child marriages are still happening today, and have been happening for over two thousand years. The film’s opening scene features close-ups of a young girl being made up and extravagantly dressed in preparation for her wedding, while she silently weeps. For all their beauty, the bangles that are placed on her wrists might as well have been shackles.

Later in the documentary, Naomi is shown a video of a thirteen-year-old girl speaking about her escape attempts, reminiscent of Esther’s story. ‘They’ve killed all my dreams, they’ve killed my soul’ she shouts to the camera. As much as the documentary focuses on the stories of the women interviewed, it never fails to remind us that arranged child marriage is a tradition that persists today, and that the stories mentioned can be repeated all too easily.

Child Mother presents us with a highly voyeuristic view into the intimate conversations and haunting pasts of these child brides, and a viewer almost feels guilty for intruding to such a degree. However, for all the emotions present in the film, there is also a strong undercurrent of admiration for the sheer tenacity and determination shown by these women. In spite of all that was thrust upon them, it is clear that their family and friends have a huge amount of respect and love for them. One wonders what they might have gone on to achieve if not forced into the brutality of child marriage.

It is on this note that Child Mother ends. It implores the viewers to consider how millions of girls are married off against their will every year, and to consider how the stories it shares are just an infinitesimal fragment of all the stories that have happened, and will continue to happen.

‘Child Mother’ is screening at the Human Rights Watch Film Festival on 11-12th March. More information on the film and festival here.