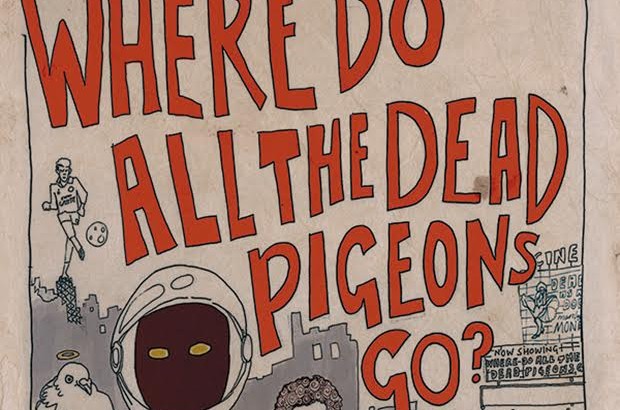 NICK POTTER reviews UCL’s Graters’ ‘Immature Cheddar’ in a retrospective of the comedic offerings at the Edinburgh Fringe in 2016.

For nearly 70 years the Fringe has transformed Edinburgh into a hive of artistic activity. It attracts punters and performers from all over the globe. In this time, it has earned a strong reputation for showcasing comic talent, and this year did not disappoint.

With the staggering variety of comedy available it’s hard to know what to see. Mark Watson’s ‘I’m Not Here’ turned out to be a safe bet. It is a genuine but somewhat unadventurous routine. Watson’s material is broad: he talks about social media, youth, the success of his peers (much to his own dismay), and married life, occasionally injecting the odd anecdote into the mix. His brand of self-deprecating humour works well with the topics, but his nervous energy is difficult to follow at times.

‘David O’Doherty: Big Time’ was a fun blast of comedy; an hilarious self-indulgent distraction from all the woes of the post-Brexit world. O’Doherty performs with his signature blend of stand-up and singing. The combination of whimsical lyrics, perfect comic timing, questionable vocals and tacky synth is superb. It’s a celebration of the mundane. O’Doherty has a long history of performing at the Fringe and this year he proved he is a seasoned professional.

‘Tony Law: A Law Undo His-elf What Welcome’ is a relentless barrage of non-sequiturs. The disintegration of language in the title is a good indicator of what’s in store. Law delivers his unfiltered surreal thoughts with heroic conviction. Although his material is weird and often inconsequential, he makes it all feel vitally important. However, the unpredictable and unapologetic energy of Law might not be everyone’s cup of tea; it’s like watching a child overdose on sugar.

Something a bit more off the beaten track is Scott Turnbull’s ‘Where Do All the Dead Pigeons Go?’ I found ‘Pigeons’ by aimlessly scrolling through the list of shows on the Fringe app. It certainly exceeded my expectations. This sublime curio is a Pythonesque mix of theatre and cartoon. Turnbull uses an overhead projector to recreate a lunar setting, the effect is like being inside a comic strip. He plays Darren Smith, winner of Most Isolated Man 2013 & 2014, who has left Stockton-on-Tees to live on the moon, connected to the audience via a video link. Smith’s smiley exterior conceals a wealth of psychological issues: anxiety, social detachment, and depression. His only companion is a robot interface with a personality based on ex-professional football player Tony Mowbray. Although it’s tricky to emotionally connect with the character, which is incidental of its cartoonish and absurdist elements, the show is overall a colourful cavalcade of random impressions and sketches.

In terms of sketch comedy, I have to mention UCL’s Graters. With ‘Immature Cheddar’ the comedy quartet left the subterranean splendour of Mulley’s for the bright lights of Edinburgh. ‘Immature Cheddar’ is a Caerphilly constructed sketch show: some of the sketches include an Arthurian crusader meeting a bureaucratic official, hipsters competing for the most atrocious niche bar, and James Bond after one too many Red Stripes – it’s a fresh Brie-ze of clowning.

The Fringe has launched the careers of many sketch groups, and having seen the Graters’ very promising and udderly entertaining show, I have my fingers crossed for them, embracing their cheese puns wholeheartedly.