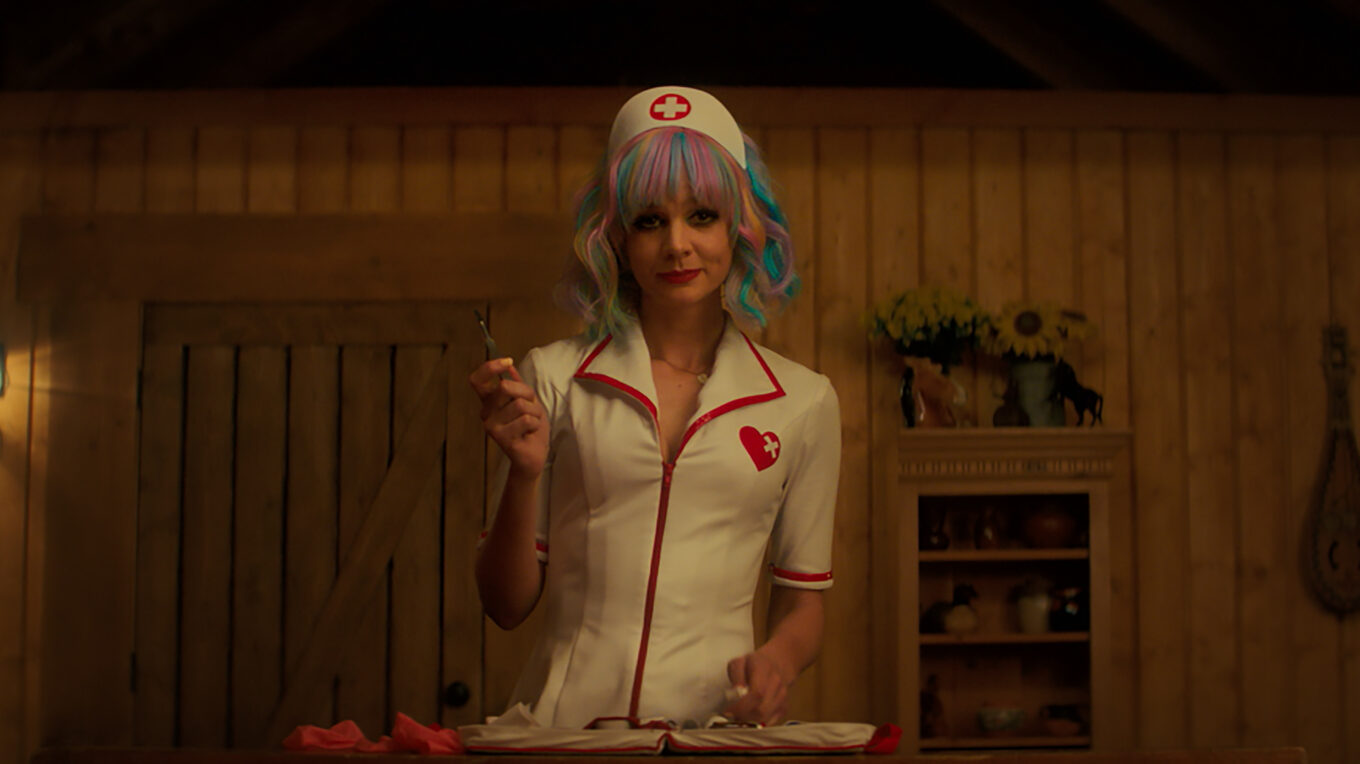 Trigger warning: the following article contains mention of sexual assault, sexual violence and rape which some readers may find distressing.

By day, she wears candy-coloured jumpsuits and works in a coffee-shop. By night, she frequents clubs wearing smeared make-up and unmasks the predatory behaviour of men. What sounds like a twist on mainstream superhero films is Emerald Fennell’s Oscar-nominated thriller Promising Young Woman, a brutal exposure of the prevalent attitudes towards sexual assault in our society.

The protagonist Cassie Thomas (brilliantly portrayed by Carey Mulligan), a 30-year old med-school drop out, is on a mission: every week, she goes to a club and feigns being too drunk to walk. Every time, a seemingly ‘nice guy’ – a recurring trope exposed by the film – comes over to offer her a ride home. And every time, the ‘nice guy’ takes her to his place instead, willfully ignoring the fact that she is too drunk to consent, whether that entails barely keeping her eyes open, slurring her words or being fully passed out. The ‘nice guy’ does not care about her slurring “What are you doing?” multiple times as he takes off her underwear. He does not care until she suddenly stares him down and asks in a stone-cold sober voice, “I said: What. are. you. doing.”

It soon becomes clear that Cassie is on a personal quest for revenge. Having supposedly dropped out of med-school “under unusual circumstances” is soon revealed to be a euphemism: after her best friend Nina was raped at a college party, Cassie drops out to care for her. Now, the all-consuming feeling of guilt drives her to avenge her friend in pursuit of justice. Nonetheless, Cassie does not seem to derive any personal satisfaction from her mission; she seems entirely emotionally detached from her parents and friends as a consequence of her trauma.

This changes when she meets Ryan (Bo Burnham) who seems to be an actual, unironically nice guy. A beautiful love story unfolds, and as we indulge in the scene of the two dancing to Paris Hilton’s “Stars are Blind” in a bodega, our rom-com-fuelled hearts desperately want to believe in the romance. A bittersweet presentiment remains, however: is this too beautiful, too pastel-coloured to be true?

Promising Young Woman initially contrasts the genuinely kind-hearted ‘good guy’ and the manipulative figure of the wanna-be nice guy, before ruthlessly reminding us of all the facets in between. A particularly harrowing message which the film underscores is that complicity is far more complex than actively perpetrating sexual assault. Watching, facilitating, remaining silent, not believing and mocking survivors can be almost as damaging in the proliferation of rape culture as the crime itself. All these manifestations of complicity are cogwheels working in favour of the perpetrator and his impunity, supported by the omnipresent excuses: “I’m not the only one who didn’t believe it!”, “She should have known better” and “We were just kids”. Fennell cleverly calls out stereotypical responses and reactions to sexual assault, questioning whether it is necessary to experience sexual assault ourselves to believe and understand its gravity. Although the film revolves around it, the word ‘rape’ is never mentioned, but remains hidden behind euphemisms. The fear of the word is palpable and at its most obvious when one of the ‘nice guys’ whines: “It’s every guy’s worst nightmare getting accused like that!” “Can you guess what every woman’s worst nightmare is?” is Cassie’s dry reply.

The aesthetically pleasing, symmetrical cinematography stands in sharp opposition with the narrative’s brutal reality. Carey Mulligan’s candy-coloured outfits and hairstyles are immaculately coordinated in every scene. Promising Young Woman is a celebration of womanhood and all things girly, showcasing bright nail polish, hair ribbons and a soundtrack of exclusively female artists, including those usually mockingly dismissed as “trash pop”, such as Britney Spears and Paris Hilton. As writer-director Emerald Fennell says in an interview with The Independent, Promising Young Woman “weaponises femininity.”

Cassie’s cold emotional detachment reminds the audience of Jodie Comer’s character Villanelle in award-winning thriller series Killing Eve, who showed the world that a sense of fashion is not to be equated with being harmless. This similarity should come as no surprise: Fennell is the executive producer of the second season of Killing Eve. Now, she is one of the two women nominated in the category of Best Director at this year’s Academy Awards – a historical incident as only five women have previously been nominated in this category. Additionally, Promising Young Woman was nominated for Best Picture and Mulligan for Best Actress.

It seems only right that a topical film such as Promising Young Woman is as prominent in this year’s award season. In the wake of Sarah Everard’s murder, a woman who ‘did everything right’, Promising Young Woman emphasises once more that whether you are blackout drunk or stone-cold sober, the only thing that really matters is consent. Although the film’s two hours are not quite enough to explore all the different facets, nuances and subtleties of consent – as Michaela Coel’s series I May Destroy You (2020) does so brilliantly – it joins the ranks of works prompting conversations about consent. Just like the binary between the ‘good guy’ and the ‘bad guy’, consent is not simply the distinction between yes and no; it encompasses being too drunk to consent, being asleep, being passed out, and so much more. By mixing elements of mainstream thrillers with the important issue of consent, films like Promising Young Woman finally encourage us to have these conversations, as difficult as they may be.