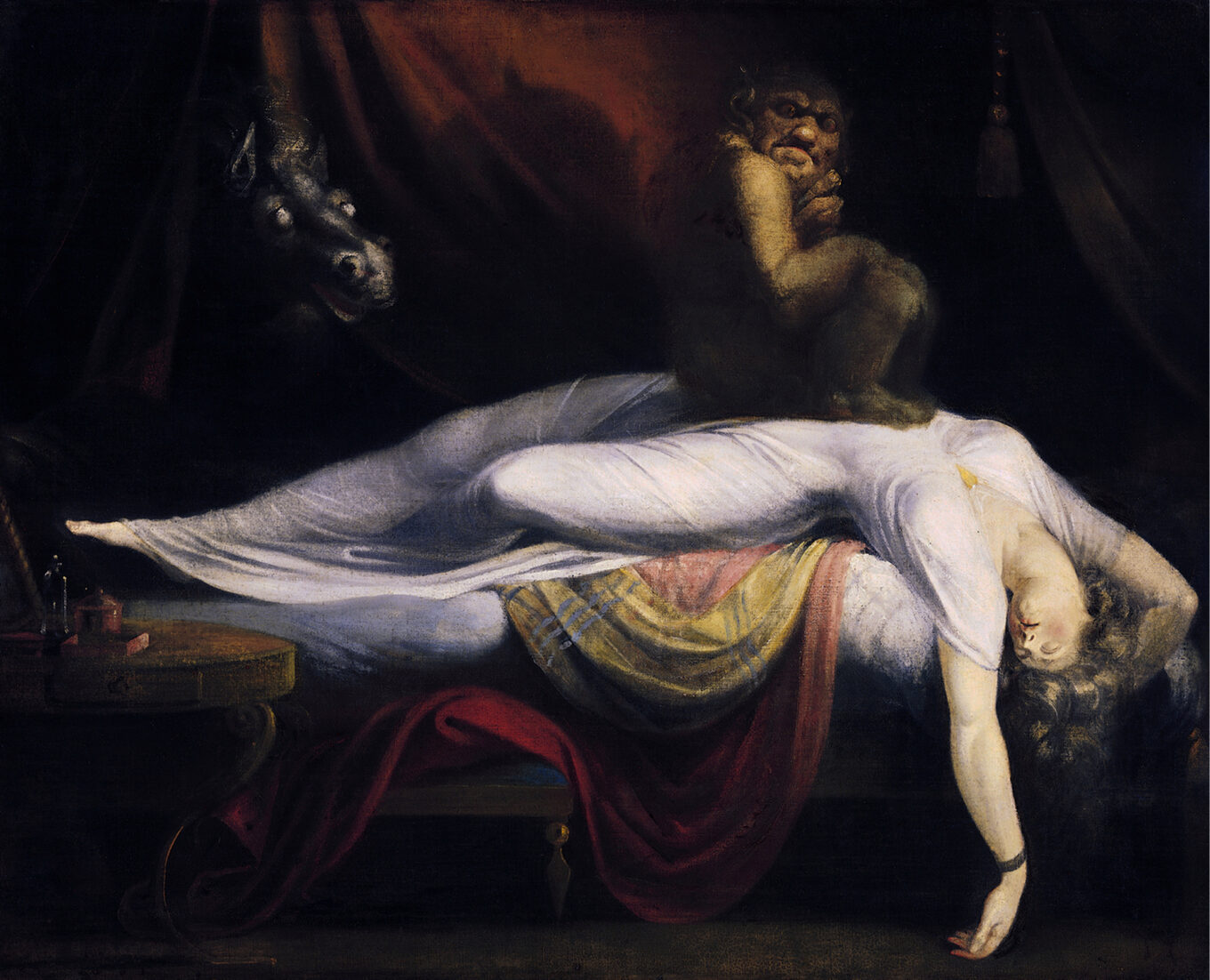 BARNABY HOWE advocates horror writing as he interrogates our love of horror films.

Horror films hold a special place in many people’s memories. Maybe you were forced to watch Paranormal Activity as a young child at a sleepover, or shared a precious bonding moment with someone as you braved the latest spooky release at the cinema, laughing about it afterwards. But when it comes to horror literature, few people continue reading horror after the obligatory Goosebumps phase, and as a literary genre it feels somewhat stale. Look at the horror section of your local bookshop and you’ll find half the shelf is dominated by Stephen King and the other half by Gothic classics like Frankenstein and Dracula. This begs the question: why are horror films so much more popular than horror literature, and are they really any better?

Upon first consideration, film holds a few tricks up its sleeve that literature is unable to access, making it a highly effective medium for spooking audiences. Films have the obvious advantage of sound, which allows the director to include suspenseful, jarring scores and surprise screams, a frighteningly visceral viewing experience designed to make you jump. While authors can only explain how something looks and sounds using language, the sensory nature of film means that a director can employ both sounds and sights to induce fear. They can darken the lighting, build terrifying sets and layer actors in a combination of makeup, prosthetics and special effects to create horrific monsters. The textual, as opposed to visual, nature of literature means horror fiction cannot deliver what is often the most memorable part of any mainstream horror film – the jump scare.

Jump scares, at their simplest level, consist of two stages: the build-up of suspense, and the physical pay-off of the jump. Classic examples include Jaws’ theme music followed by the shark’s sudden appearance, or in The Shining, where the words ‘all work and no play’ are zoomed in on before the axe-swinging antagonist bursts into the frame. Writers and editors insert jump scares into horror films whenever the plot seems to be faltering, and you can usually catch a couple of the best ones in the movie’s trailer. From just hearing the Jaws theme tune, we know that the shark is approaching – but we don’t know when. While literature can build suspense in other ways, the very nature of the medium means that a payoff cannot be rendered through a loud noise or physical jump, both of which are essential in the creation of fear and suspense. Without a build-up, the jump is so unexpected that we have no time to process it, and often end up more surprised than scared. If there’s build-up but no jump, then the audience often loses interest and feels cheated.

Literature has the ability to shock with frightening revelations, but the autonomy of the reader means it is harder for books to accomplish this. Our eyes can easily sneak across the page looking for the shock when the tension of the scene is too high, or, if we’re really scared, there’s nothing to stop us skipping a whole chapter. In the cinema, we’re physically trapped, watching the build-up until the jump comes, totally at the whim of the director and the film’s pace.

Despite this, horror literature can engender fear in ways that films simply cannot; real fear, where your skin crawls and you feel shaken to the core. Firstly, the experience of reading a book will last far longer than it takes to watch a film. Unless it’s Scorsese, a film will usually last a maximum of three hours, while books can take weeks or even months to complete. In this way, fiction gives you more time to familiarise yourself with the characters, both those that you will worry about, and those which will scare you. This means the fear we feel when reading is often far deeper and longer-lasting.

Horror literature also enables the reader to create the most frightening version possible of the threat, as the imagery occurs entirely in their imagination. Novels like Stephen King’s It capitalise on this very successfully; the antagonist, Pennywise the shape-shifting clown, turns into whatever his victim fears the most. By making his descriptions of the nightmarish clown deliberately vague, King forces the reader to fill in the blanks and consider what Pennywise would become if they were to face him. Furthermore, Pennywise attacks the novel’s characters in different forms as the characters themselves have different fears from one another. If you didn’t find him scary as a zombie, maybe you would as a spider, or as a huge bird. The scariest conceivable adaptation of Pennywise then haunts the reader, springing back into their minds, without the least warning.  In the film adaptation of It, this imaginative participation is lost, as the way the scare manifests in sound and sight is not determined on an individual basis, but by a Hollywood designer with a completely different imagination and mindset to our own.

This analysis, however, neglects to consider the other important aspect of horror as a genre: terror. Terror is a sense of dread, anxiety or foreboding which precedes the eventual release given by a scare or by a plot resolution, such as the characters leaving a haunted house or the death of the antagonist. While it’s inherently bound up in the sensation of suspense, terror festers over time. Stephen King’s novel The Shining, which has an entirely different end and pace to its cinematic adaptation, is the perfect example of this. The reader is quickly made aware that there’s something desperately wrong, something eerie in the Overlook Hotel, but what that is, and what that means for the characters, is far less evident. We only begin to worry for the Torrance family as things start to go missing and then reappear in the wrong place, or when the description is deliberately unclear about important things such as presences in the hotel, topiary animals and – possibly – ghosts. Such irregularities and vagaries make us far more eager to keep reading, desperate for closure about the mysterious threat. It makes sense then that terror is better suited for literature than film, given the longer time it takes to read a book and the importance placed on the reader’s imagination.

Overall, horror films aren’t necessarily more effective than horror literature, they merely approach and present fear in different ways. If you want a quick scare that you can laugh off, stick to the cinema. But to truly immerse yourself in feeling the fear… go for the book.