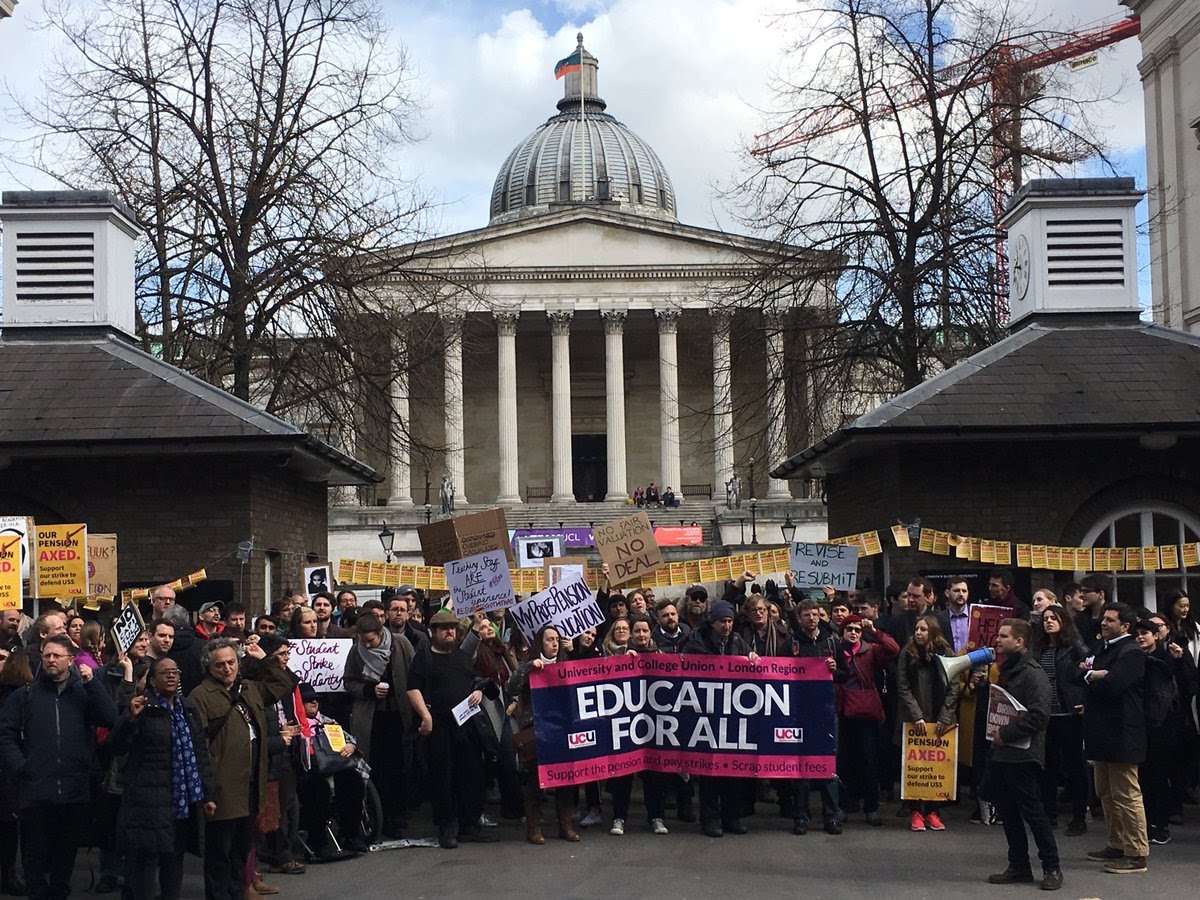 ASYIA IFTIKHAR reflects on the controversies surrounding Professor Michael Arthur’s time as President and Provost of UCL, after he stepped down earlier this year with Dr Michael Spence taking his place.

‘The focus of today’s lecture will be on my, or perhaps I should say our, vision for UCL,’ Professor Michael Arthur began, as he opened the Provost’s 2013 Lunch Hour Lecture, one month into his tenure. In the lecture, his aim was clear: he wanted UCL to be a truly global university, at the forefront of excellent research. Alongside these noble ambitions, Arthur claimed it was equally important to focus on ‘diversity, particularly in respect to gender, and Black and minority ethnic issues,’ with the goal of ‘fair access for students from all backgrounds to UCL.’ Seven and a half years on, how did Arthur navigate the series of controversies that marked his tenure? And as we move from one Michael to the next, what does the future of UCL look like?

The expansion of UCL

‘Arthur’s presence seemed to be purely corporate,’ one UCL student observed. From his seemingly stubborn resistance to divesting UCL’s fossil fuels despite ongoing pressure over seven years, to huge expansion plans to build a second campus in Stratford known as UCL East, it feels as though profit usually came before student satisfaction for Arthur. The announcement of UCL East resulted in concerns from many: as one staff member told The Guardian, ‘UCL is being run as a business, not a university’. Arthur’s goal was to expand UCL both geographically and in its student intake, to create the revenue and resources needed in order to be at the cutting edge of research. Yet he was met with concern that this would damage student-staff relationships; it is notable that none of the top twelve world-ranking universities have more than 22,000 students. Despite initial backlash to UCL East, in Arthur’s final ‘Provost’s View’, he claimed that ‘many were won over by the outstanding opportunity that it affords in terms of novel interdisciplinary research and education’.  Arthur’s vision for UCL East was carved by seeing universities who held up to 90,000 students on their campus, indicating his clear desire to boost student numbers. When we look at our new Provost’s work as Vice-Chancellor at the University of Sydney, it seems our new Provost is remarkably similar to our old one. In November 2018, the University of Sydney also announced a second campus. Spence’s statement at the time, to have, ‘25,000 students and 2,500 staff by 2050’, echoes Arthur’s hopes for UCL’s expansion.

In the past decade, UCL, alongside the rest of the UK university sector, has shown a concerning trend of increasing accommodation fees, decreasing staff’s pay value, and outsourcing campus work, while investing and expanding with a crude corporate edge.  Another successful way that institutions can raise funds for corporate expansion projects is through philanthropy. UCL is seemingly a prime example, having raised £624 million since 2016 in its ‘It’s All Academic’ campaign – only £70 million was reserved for direct student support , with the rest redirected to research and projects ‘from artificial intelligence to global innovation and prosperity’. Spence seems not to shy away from this method either:  after launching the ‘Inspired’ campaign in 2013, the University of Sydney had raised one billion AUD by 2019. Will Spence bring his fundraising skills to UCL to advance Arthur’s vision of expansion? Or will staff and students unite to prioritise their education and experience?

During Arthur’s tenancy, outsourced workers’ rights have been an ongoing ethical concern for many. Once more, we can turn to that lecture hall in 2013, where one staff member confronted the Provost: ‘why does an organisation the size of UCL need to outsource workers?’ Arthur maintained, ‘we want a workforce that feels valued, even from external contractors,’ but this has seemingly proven to be far from true. Relying on worn-out excuses, he also espoused the risks of changing the status quo. From 2016 onwards, there has been a sustained campaign across the University of London fighting for outsourced workers’ rights. For years, outsourced workers’ pay and benefits have been substandard compared to those of UCL employees. One cleaner, Leia Donda, told her heartbreaking story to The Guardian, describing the lack of support she received from UCL whilst undergoing major surgery. In 2018, following the commitment by SOAS, LSE, Goldsmiths, Senate House, Birkbeck and KCL to bring all contracted staff in-house, the UCL Students’ Union showed its solidarity with outsourced workers, observing how ‘this leaves UCL, the richest of all these institutions, as a beacon of inequality in the way it treats its staff.’

Strike action and demands from UCL’s outsourced workers are far from over. In October 2019, UCL negotiated an updated deal with UNISON, an officially recognised union, to provide pay and benefits equal to in-house workers. This was not enough for IWGB (the Independent Workers’ Union of Great Britain), which has stronger demands, such as ending zero-hour contracts and outsourcing entirely. IWGB continues to protest UCL’s treatment of outsourced workers: in November 2019, over 300 people went on the largest outsourced workers’ strike in UK education history. Then, when the pandemic struck, IWGB campaigned against cuts to security workers and for casual workers’ financial safety net to be more secure. UCL were seemingly forced to meet their demands.

As we entered 2021, Arthur appeared to continue to fall short of outsourced workers’ requests. On 8th January, when Mayor Sadiq Khan announced a ‘major incident’ in London as Covid-19 cases reached one in 30, UCL decided not to furlough a number of its outsourced employees. This meant some non-essential workers have had to attend work at UCL during lockdown, potentially putting themselves in danger. It is now up to Spence to address these concerns.

The majority of UCL’s outsourced workers are from marginalised communities, according to the IWGB University of London branch chair. When we consider their treatment, alongside many other things, Arthur’s supposed commitment to racial equality and diversity appears to me to have been questionable throughout his seven years. UCL is infamous for its historic ties with eugenics. Until recently, there were a number of buildings named after eugenicists, and its ideology is still incorporated into some courses’ curriculums, most prominently in medical teaching. In addressing UCL’s past, Arthur’s belatedness has been shameful in my opinion. Once more, his approach seems to have been reactive instead of proactive, driven by immense pressure from staff and students. In 2018, the same year UCL ‘unknowingly’ hosted a conference glorifying eugenics and white supremacy, UCL launched an inquiry into eugenics at UCL. As a result, UCL has begun renaming buildings and, most recently, has released a formal apology for its ties to eugenics. This is a good start, but as PhD student Toyin Agbetu warned, ‘we need symbolic justice, such as changing names, but we also need structural justice’.

In Arthur’s 2013 Lunch Hour Lecture, he espoused the importance of diversity and representation – yet there appears to be a huge disparity between his words and the UCL body’s experience and constitution. In 2015, UCL released a strategy to increase equality by 2020, which seemingly fell short on many fronts. Despite efforts to increase the number of BAME senior figures at UCL, for example, there has been no significant change in data released from 2015 to 2019. In July 2020, UCL launched a new scheme to support BAME staff entering senior positions; it is too early to tell what the outcome will be. Disabled students have also arguably lacked support. One student, who claims she was forced to drop out of UCL due to a lack of accessibility, cited refusal to record lectures as a key hindrance. We cannot ignore the irony when, a year later, our entire lecture system has moved online. Characteristically, significant change seems only to have happened when the administration’s hand was forced through protest. With all these issues in play, the following years will be vital for Spence. Not only must he respond to the eugenics inquiry, and the Black Lives Matter panel event last June, but he must also be proactive. Spence cannot afford to relax momentum in the mission for a diverse, equal and accessible university.

When Spence accepted the position as UCL Provost, he could not have envisioned the circumstances of his arrival. Thanks to the pandemic, we have entered a new era of higher education. Meanwhile, students and staff are working hard to hold senior management at UCL accountable and to create change. We are forming new UCL societies – such as the 93% Club, which supports state school students, and London Classicists of Colour, which aims to decolonise the Classics curriculum. UCL students continue to speak up for major causes, such as students who can’t afford accommodation fees. It is vital that the Provost doesn’t sideline our concerns, and shows that he is on our side.

Professor Michael Arthur, in my opinion, leaves an uneven legacy, marked by apologies and actions coming too little, too late. Now, as we turn our attention to Spence, some students have already raised concerns – citing, for example, his approach to raising fees to fund bursaries in his previous role, and his track record on supporting LGBTQ+ rights. Will Spence create change where his predecessor appears to have failed, or has UCL  chosen a successor shaped in Arthur’s image?