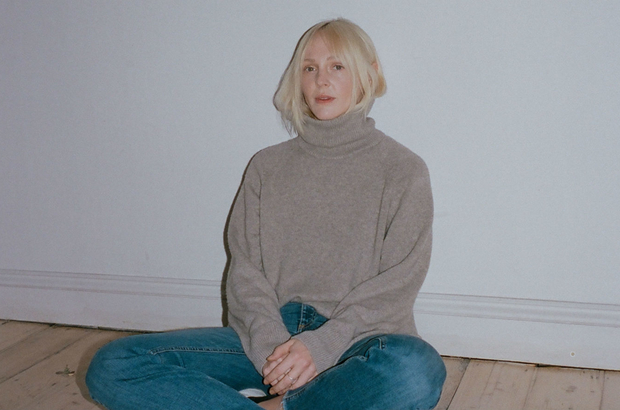 THEA RICKARD reflects on the musical prowess and themes of womanhood in Laura Marling’s music, following the Mercury nomination for her new album, Song For Our Daughter.

It is 2008. A church fair is being held in a field in Somerset. The ears of a group of children playing ‘pin the collar on the vicar’ suddenly prick up at the sound of a slightly out of tune ukulele wafting across the summer air. As the ukulele player plays the last strum of a slightly ropey rendition of Kumbaya My Lord, I stand trembling at the side of the stage. I am scheduled to sing acapella at, what is considered in the depths of Somerset, the event of the year. My older brother has downloaded some of his favourite tracks for me to listen to and choose a song to sing; this is how I first discovered Laura Marling.

After completing my earth-shattering rendition of Marling’s Failure, I listened to the rest of the songs on her debut album Alas I Cannot Swim. Captivated by the sense of humanity’s interconnectedness through nature, conveyed by the polyphonic merging of rain and the gentle strumming of a guitar in Old Stone, I found myself obsessed with Marling’s unassuming presence in her songs and in the music industry in general. Throughout her seven studio albums, Marling takes the listener on an acoustic journey through love, pain, and all that lies in between. However cliché that might sound, her penchant for exploring the liminal nature of music and spoken word drags the recitative into the 21st century. The poetic lyrics of the song Wild Once from Marling’s 2017 album Semper Femina acknowledges the way in which the past constantly pervades the present in a strange yet oddly comforting way. Her guitar playing, which is still firmly grounded in the folk genre, is reminiscent of a cascading waterfall which both lulls and refreshes the listener. It is surprising then that, despite being nominated three times before her most recent 2020 nomination, Marling has never won the Mercury Prize.

To demonstrate how deserving Marling is of the prize, it might be helpful to explore the themes of femininity and growth which underpin Marling’s seven studio albums. Alas I Cannot Swim can be seen as a melodic depiction of a woman on the cusp of womanhood. Semper Femina explores the nature of female relationships, ending with Marling putting down her guitar and leaving the studio in her track Nothing, Not Nearly. This is known to be a cryptic reference to Ibsen’s play A Doll’s House, which ends with the woman leaving to find herself. It comes as no surprise that Laura Marling’s 2020 album Song For Our Daughter, for which she received her third nomination for the Mercury Prize, centres around similar themes of womanhood. In this album, Marling sings to a figurative daughter to give her advice that she wished she herself had received growing up. The narratives we can see spun within each of Marling’s albums, and the trajectory made up by the albums as a collective, weaves a complex and beautiful depiction of what it means to be a woman.

Describing the themes of womanhood in Marling’s recent album Song For Our Daughter barely scratches the surface of why it deserves to win the Mercury Prize. Although this new album revisits similar themes seen in Marling’s previous releases, it also conveys to the listener a fresh sense of the singer-songwriter’s unconquerable musicianship. Song For Our Daughter serves to re-centre Marling in the music industry. From the way in which she borrows rock motifs in the opening song Alexandra to the ballad Blow By Blow, somewhat akin to Birdy’s indie-folk-pop music, the album demonstrates the way in which Marling dissolves the boundaries of genre to create an entirely unique sound. In the final song, For You, the listener finds themselves returned to Marling’s folk roots with the sound of an accordion. This accordion, coupled with the familiar strumming of a guitar and multiple vocal harmonies, demonstrates a dual sense of journey and return which encapsulates the nature of Marling’s music as a whole.

The sense of newness seen in the genre-bending album Song For Our Daughter is complimented by a distinct sense of familiarity, reflective of the way Marling speaks to a generation of women who carved out a new meaning for womanhood, and now wish to pass that on. Despite this intention to pass on wisdom, Marling’s advice to ‘stay low, keep brave’ in the third song of the album is as much directed at herself as at her listeners. Her bravery and relentlessly talented musicianship emanate this advice by evading the world in which awards and recognition seem to make a difference. It is the insular journey which Marling goes on with her fans which so perfectly characterises her music, grounding it in the tradition of ‘folk’ in a community from which the genre originates. It is this journey, not a shiny award, which might inspire eight-year-olds everywhere who are about to perform at their church fair. Indeed, Marling taught me how to feel, grow and realise my own powerful womanhood which stands detached from men.

Laura Marling is thoroughly deserving of the Mercury Prize. But what speaks volumes is that her musicianship has never been contingent on it, or any other kind of recognition. The way in which Marling’s music has the power both to consume and release the listener is truly remarkable and is, in my opinion, utterly incomparable.

Song For Our Daughter was released on Chrysalis/Partisan Records, on the 10th April 2020.