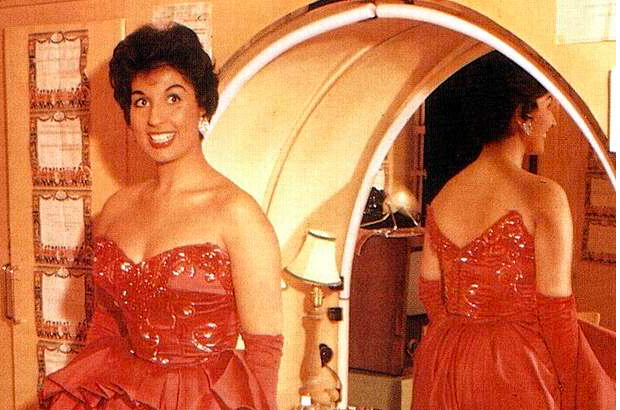 On the 15th February 2020, Caroline Flack’s body was discovered in her flat in Stoke Newington. In December, she was charged for assaulting her boyfriend, Lewis Burton, an event which caused her to step down as the host of the hit reality show, Love Island. Flack took her life just two weeks before her trial was set to begin. In an unpublished Instagram post, released by  Flack’s family following her death, she admits to have been suffering from ‘some sort of emotional breakdown for a very long time.’

The news stories that followed Caroline Flack’s death made me consider what the British writer Gordon Burn would have made of the event. It is with near regular frequency that I find myself wishing that Burn, who died in 2009, was still around to prise some sequence of public events apart, anatomise them, and point to the workings and mysteries within. Gordon Burn started his writing life as a journalist, with the key characters and qualities of the trade – exhaustive research, an eye for detail and symbolism, and sharp prose – strikingly evident in the nine books he authored.

In the days following Caroline Flack’s death, tabloid newspapers revised previously published stories about the alleged assault. Blood-stained photos were deleted from articles, with platitudes taking their place. This routine media volte-face felt particularly glaring at the time, but now, just a few months on, it merely feels banal. For the great majority of us, Flack’s story is part of the stack of tragedy. It’s at the top for the time being, sitting above those stories of Love Island’s Mike Thalassitis and Sophie Gradon, collecting its quota of dust in the bustled front room of a hoarder in some -shire or another. There’s an acute sense from Gordon Burn’s writing that he felt at home in these obsessive environments, was attuned to the disposition. He illustrates that there is necessarily something of a hoarder to the writer.

The penultimate chapter of Alma Cogan, Burn’s first novel, is set amidst the house of one such hoarder, a collector of everything related to the book’s namesake, the darling voice of fifties British pop. In his novel, Burn imagines that, instead of dying in her mid 30s Alma Cogan lives on in seclusion, having escaped from the lull that her career had become, to rural mundanity. In this chapter, Alma goes to stay overnight with her collector, sleeping amongst his records, his clippings, his mementos, his museum of her. Indeed, Burn leaves the reader uncertain as to whether the collector knows that the person in front of him is in fact Alma Cogan, the woman who was once better known by her birth name, Alma Cohen.

After her curator has gone to bed, Alma riffles through the memorabilia and finds a tape that concretises the unsettling mood that drives the novel – a horror of dimensions that feels unsettlingly boring and everyday. Listening to the tape, Alma hears her own voice, a radio session, her song faint in the background to the abuse holding the foreground. Alma’s crackling voice can only be discerned between the sounds of Ian Brady barking orders, Lesley Ann Downey asking to be left alone, and Myra Hindley hovering about, going up and down the stairs. Lesley Ann was their fourth victim.

Alma awakens the collector and demands an explanation. He says it is all for Alma’s radio session that happens to plays between the voices of victim and murderers. The collector explains that the tape made by Brady and Huntley of the abuse is the only source of the pop singer’s session, and tells Alma that the recording is commonplace around the pubs of Manchester, just like the photos that the murderers took that night. Indeed, a simple Google search will take you to websites and forums where you can listen to the Moors Murderers’ torturing the small child. Before we close the book, though, the narrative then takes us onto Saddleworth Moor, amongst those searching for the final graves of Brady and Hindley’s victims. We move across the sodden moorland and between the bright anoraks with a character we now cannot place – the voices of Alma Cogan and Gordon Burn have become indiscernible.

Gordon Burn scatters these final pages of Alma Cogan with facts and observations that leave us to consider the distance and commonality between the popstar Cogan, the obsessive and defensive collector, and the murderers Brady and Hindley. The murderers were pop obsessessives, after all. Brady bought Hindley a new pop record before each murder. Like devotees of their own work, the two of them would return to the sites where they buried the children and photograph themselves. While the horrific and protracted performance of confessions and purportedly assisting police investigations by Brady and Hindley can be understood as morbid comeback gigs, almost. We situate the two of them within the quotidian fervour, obsession, violence and squalor that Burn plots for us in the novel. But then we retune and place ourselves within that contemporary matrix – our habits and behaviours, our attention and disgust, our media and consumption – and approach the questions that a 24-hour news cycle brushes aside for the instantaneous next.

These scenes from the final pages of Alma Cogan distil many of the key themes that Gordon Burn repeatedly turns to in his writing – celebrity and popular culture, memorialisation and disremembering, murder and abhorrence. He focused his eye on the news and the refractive patterns it made. As a journalist, Burn understood the power of news in creating, reconstituting and reinforcing our social imaginaries. As an author, he sought to comprehend those things that ink the fingers of paperboys and girls, day in, day out. Most boldly, in Born Yesterday he created a novel out of the news stories of one summer, that of 2007. Reading the novel, my mind was drawn to those mornings of silence and crisp light, when greasy straps of the delivery bags dug into my teenage shoulders. I could see the small face of Madeleine McCann again – mouth slightly agape, her strikingly coloured right eye – looking up to me from the Daily Mail and Express, the Sun and Star, Telegraph and Times. In the book, Burn returns to images of flooded lands across Yorkshire, Gloucestershire and the East Midlands. They appear to embody what he struggles against in his writing: burial, sedimentation, calcification.