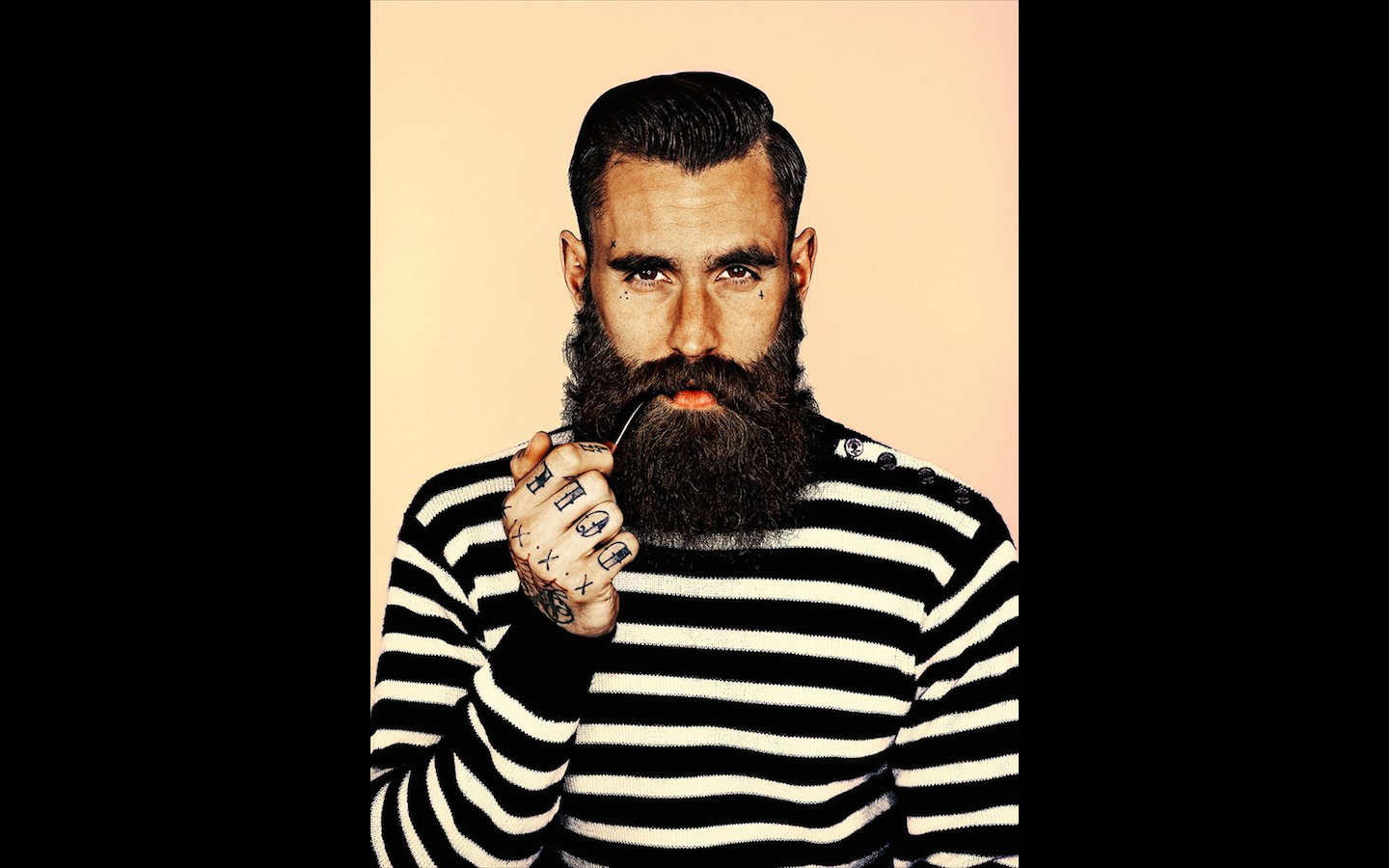 Beards. Love ‘em or hate ‘em, Somerset house is bringing them to us in every shape, size and colour. Only open for the month of March, BEARD is an exhibition showing a series of photographs taken by award winning photographer Brock Elbank. Elbank’s concept originated as a collaboration with his friend Jimmy Niggles, who is behind the charity Beard Season, which raises skin cancer awareness by encouraging men to grow beards.

The beards on show belong to the young and old, male and female. The exhibition addresses the beard as a trend, fashion statement or a mode of self-expression, with many of the subjects displaying other conscious fashion ‘statements’ in their appearance, such as tattoos, unusual hairstyles and bold clothing. BEARDS acknowledges how beards have been ‘scorned, mocked, celebrated and legislated against. Worn by kings and warriors, radicals and revolutionaries they have symbolised power and intimidation or individuality and defiance’. But the images on display are firmly rooted in the 21st century (some of the subjects were found via Instagram) and the focus is on self-image. 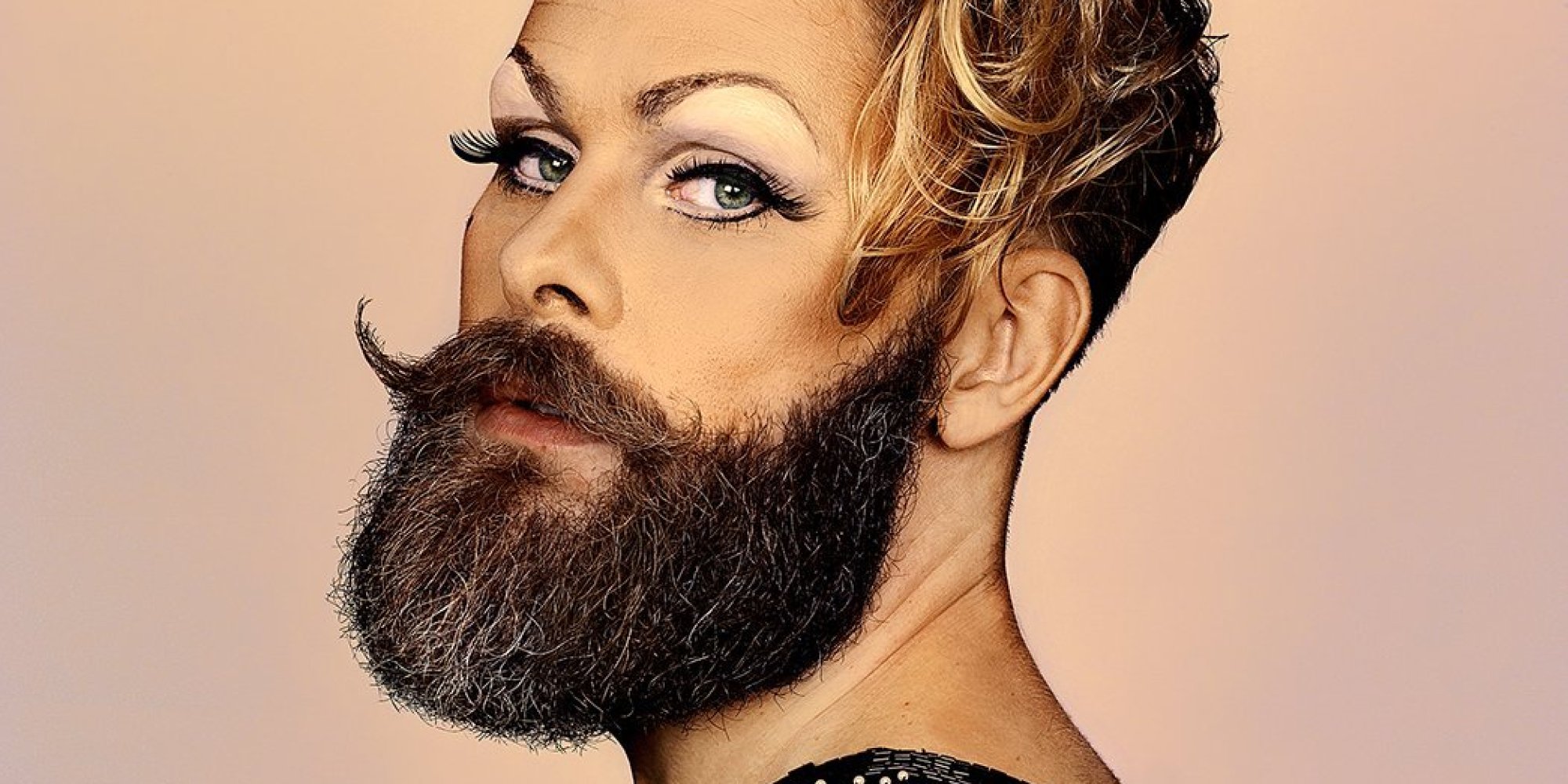 The beard is a signifier of many things – perhaps most obviously of masculinity.  Elbank draws attention to the phallic qualities of the beard, including a portrait of drag queen Stefan Boström sporting a strong beard (see image above), and a woman (Harnaam Kaur) who has grown one of the more competitive beards in the show. Surprisingly her portrait avoids the cliché of the old time circus’ ‘bearded lady’ and accordingly she is one of the more beautiful bearded specimens exhibited.

While the beard is, traditionally, a symbol of masculinity, many of those displayed are so carefully thought through and groomed that they verging on the overtly feminine: many of the beards photographed are more metrosexual than ‘manly’, and in this way the exhibition manages to consider the increasingly transgressive gender boundaries of the 21st century.

Right now beards are notoriously fashionable, which makes it all too tempting to dismiss them as part of a smug hipster trend. Throughout history however, the beard has meant many different things. The most relevant, and perhaps interesting, is its role as an anti-capitalist symbol. Not only do ‘quirky’ beards feel like a stance against the systematic and faceless corporations that have defined economic life, but they have a place in anti-establishment history: Karl Marx was identified by his thick dark beard and moustache; his writing partner Friedrich Engels held a ‘moustache evening’ with his peers in opposition to clean shaven bourgeois ‘philistinism’; and Che Guevara, fashion’s favourite communist, doesn’t require an introduction. 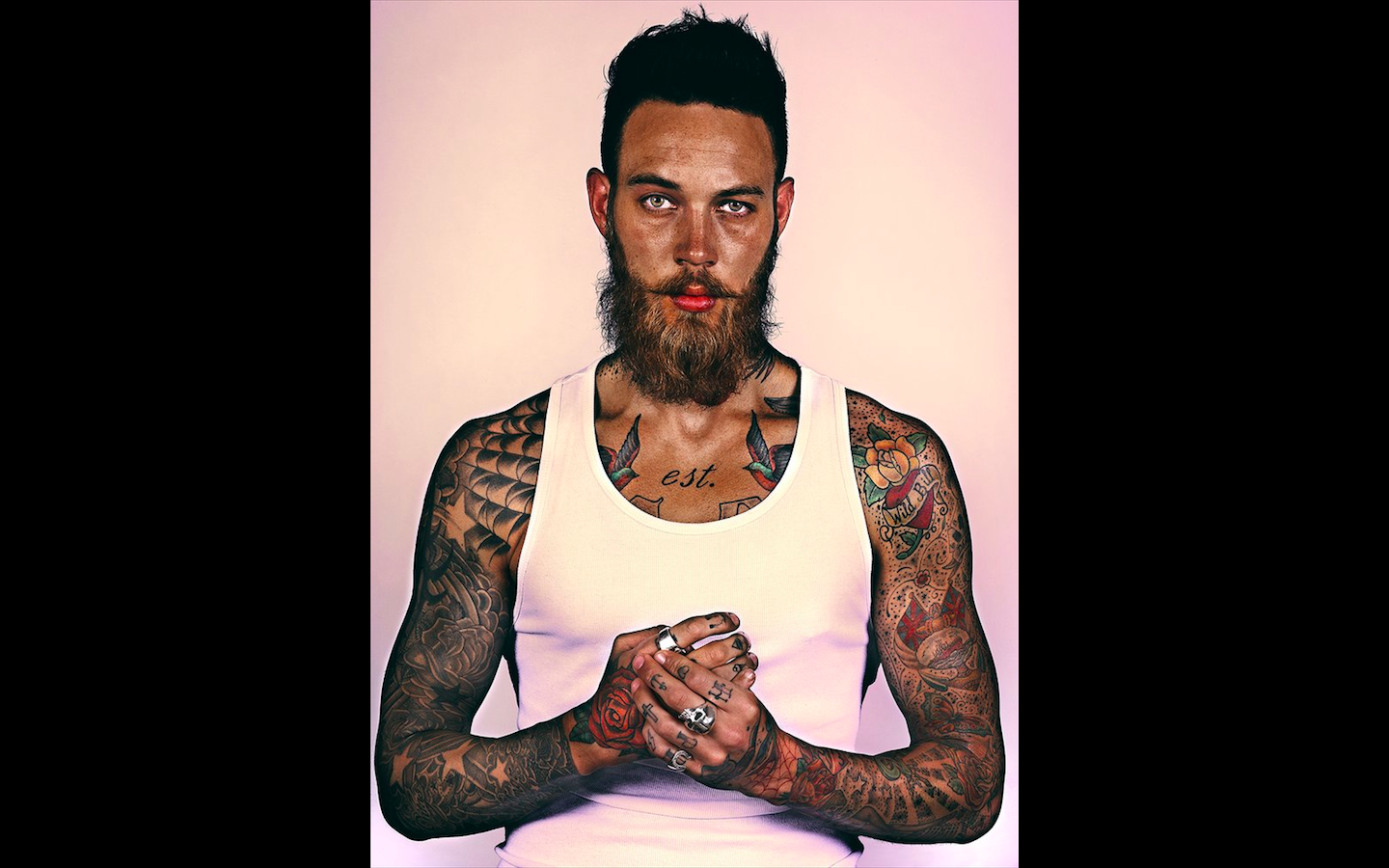 The exhibition’s greatest invocation is perhaps the self-construction of image, however. The upkeep and grooming of the beards photographed requires careful commitment, and each person photographed appears to conscious of how they want to be perceived. I doubt that any of them are consciously thinking about masculinity, anti-capitalism or Che Guevara every time they reach for the clippers, but the beard does imply all of these things. In some sense these implications are present when a man (or woman) is curating their self-image.

The beard’s religious connotations as well as its ability to disguise are two elements the exhibition leaves unexplored: there is no direct acknowledgement that beards can prevent us from fully knowing their owner’s features; or that beards can be a visible indication of religion and are an integral part of some religious practices. Despite these oversights, BEARDS marks the current cultural cross roads between our fascination with body hair, image, and self-construction via photography.