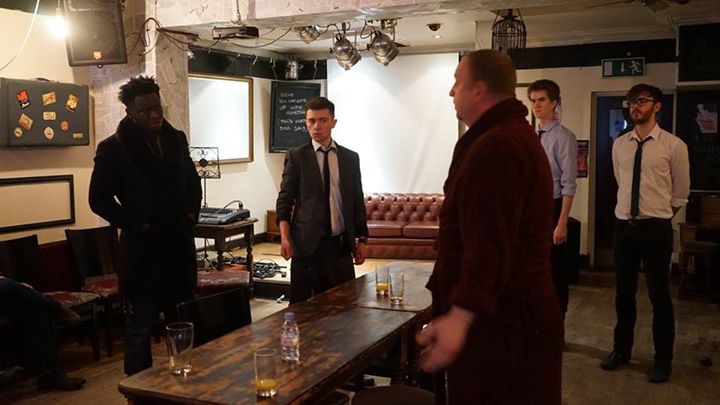 NIALL ADAMS reviews ‘Othello’ at the Pack and Carriage.

V&G Production’s ‘Othello’ transports Shakespeare’s tragedy from the Elizabethan stage to a Camden Bar with varying degrees of success. Featuring several UCLU Drama society favourites, the performance has an incredibly atmospheric setting and some terrific cast-members.

For those not well-versed in the Bard: ‘Othello’ is the tale of the eponymous Venetian Moor, his love for senator’s daughter Desdemona, and Iago’s many Machiavellian deceptions and betrayals. Lust, envy, and wrath quickly take hold as Shakespeare artfully explores race, gender, and the limits of trust. 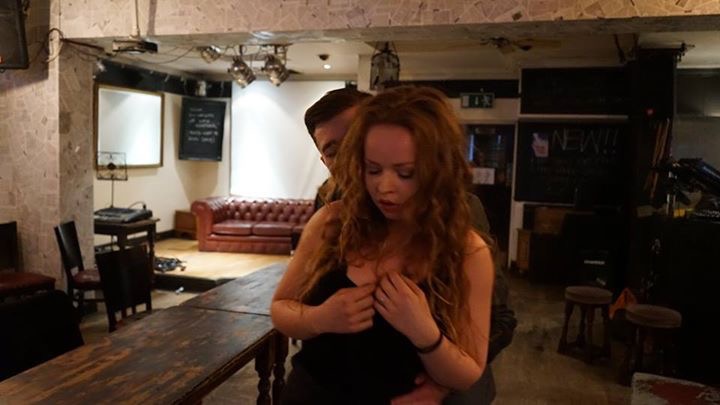 The Pack and Carriage makes for an interesting and unconventional venue. The audience is seated around scattered tables in deep sofas and along the bar – an unusual setting for Shakespeare! The pub is dimly lit and cosy with a minimalist set and use of props, thus casting the spotlight on the actors themselves. The directors’ (Vince Gill and Sasha Stamp) decision to stage the performance in-the-round creates an immersive performance that innovatively uses the small performance space.

The use of audience interaction throughout serves to heighten this effect. The audience is directly drawn into the action, becoming the senators bearing witness to Othello’s testimony, in Acts One and Five, as well as being complicit in Iago’s scheming throughout. Whilst this generally works very well, at times this overpowers the play itself. For example, during a pivotal scene between Iago (Jayson Sparks) and Cassio (Jack Redfern) Othello’s conversations with audience members makes it difficult to hear the important exposition.

Generally, the cast give astounding performances. Jayson Sparks is confident throughout, meticulously portraying the intricacies of the villain from the deceptively ‘honest Iago’ to the vengeful devil. Sparks’ jumps between Iago’s many personalities with ease, acting as a constant reminder to the audience of his character’s artificiality.

Roíse Anne, likewise, is perfectly cast as a modern Desdemona. Whilst true to Shakespeare’s depiction, Anne’s Desdemona readily challenges Othello throughout with the lamentful ‘willow, willow’ transformed into an angry, drunken outburst against her husband.

The smaller roles of Cassio and Emilia (Louisa Cowan) are elevated in this production. Cowan has terrific chemistry with the entire cast and her scenes with both Iago and Desdemona are highlights of the production. Redfern’s Cassio is scene-stealing, providing both welcome comic-relief and a convincing dramatic performance at the conclusion of the play. 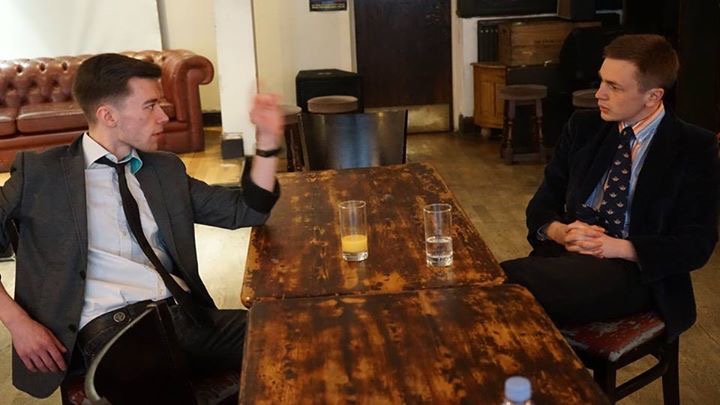 The crucial weak-link in the cast is unfortunately Othello himself (Yinka Awoni). Although he is capable enough in the role, Awoni appears less confident with the script, occasionally stumbling over lines and deflating the chemistry and tension within scenes. As the play progresses, he becomes much stronger; but earlier acts inevitably suffer from a less assured lead with his performance at times feeling forced.

Despite some significant faults, ‘Othello’ is on the whole a great adaptation of Shakespeare’s tragedy with some amazing casting and a great setting. The audience is constantly drawn into the performance, skilfully creating an intimate production.