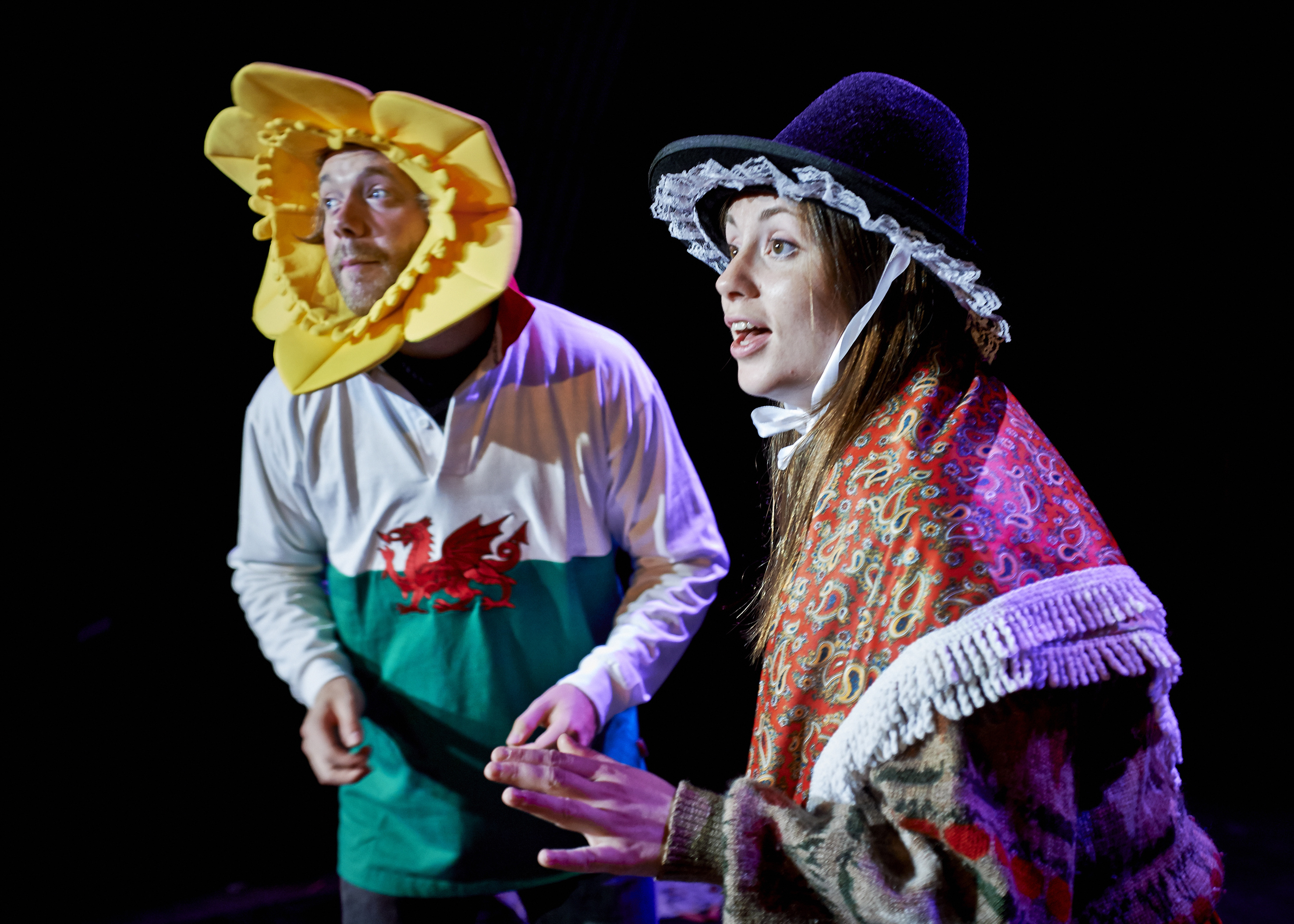 From the moment the young Welsh trio frolic onto the stage, they have the audience in stitches. Rife with costume change and emotive live music, the intimate upper room in Soho Theatre seamlessly moves between a farmhouse kitchen, the M4 motorway, a Camden pub, a funeral home, and a West End art gallery, in order to recount a young girl’s quest for freedom and fulfilment beyond “y hen ŵlad ein tadau” (the land of her fathers).

This coming-of-age story is presented as the personal history of leading actress Buddug James Jones. She is eager to chart her own future far away from the agricultural doldrums of Newcastle-Emlyn. As poor Buddug observes, there are only two ways to get out of mid-Wales: as mutton or as a university student. After she opts for an art degree in London however, the very forces of nature combine to prevent Buddug from leaving “Cwl Cymru” (cool Wales) and consequently betraying the legacy of national heroes, like Llywelyn ap Gruffudd and Catherine Zeta Jones. When Bud’s adventures in the big city come to a sudden halt, “hiraeth” (longing for Wales) sets in. Gradually – and with the help of friends – she comes to discover both a love of home and love of herself.

Refreshingly unpretentious, Hiraeth‘s minimalistic set almost makes the play into an endearing game of make-believe (for example, the Land Rover consists of three chairs). Audience participation adds a daring element of improvisation: the cast reacts to laughter and applause, calling people up to sing and dance (successfully, I might add!). Leading actor Max memorably tried to set up the very-single Buddug with a nice new boyfriend. Meanwhile Max himself nearly steals the show with skilful acting and impersonations, single-handedly playing at least six different characters. 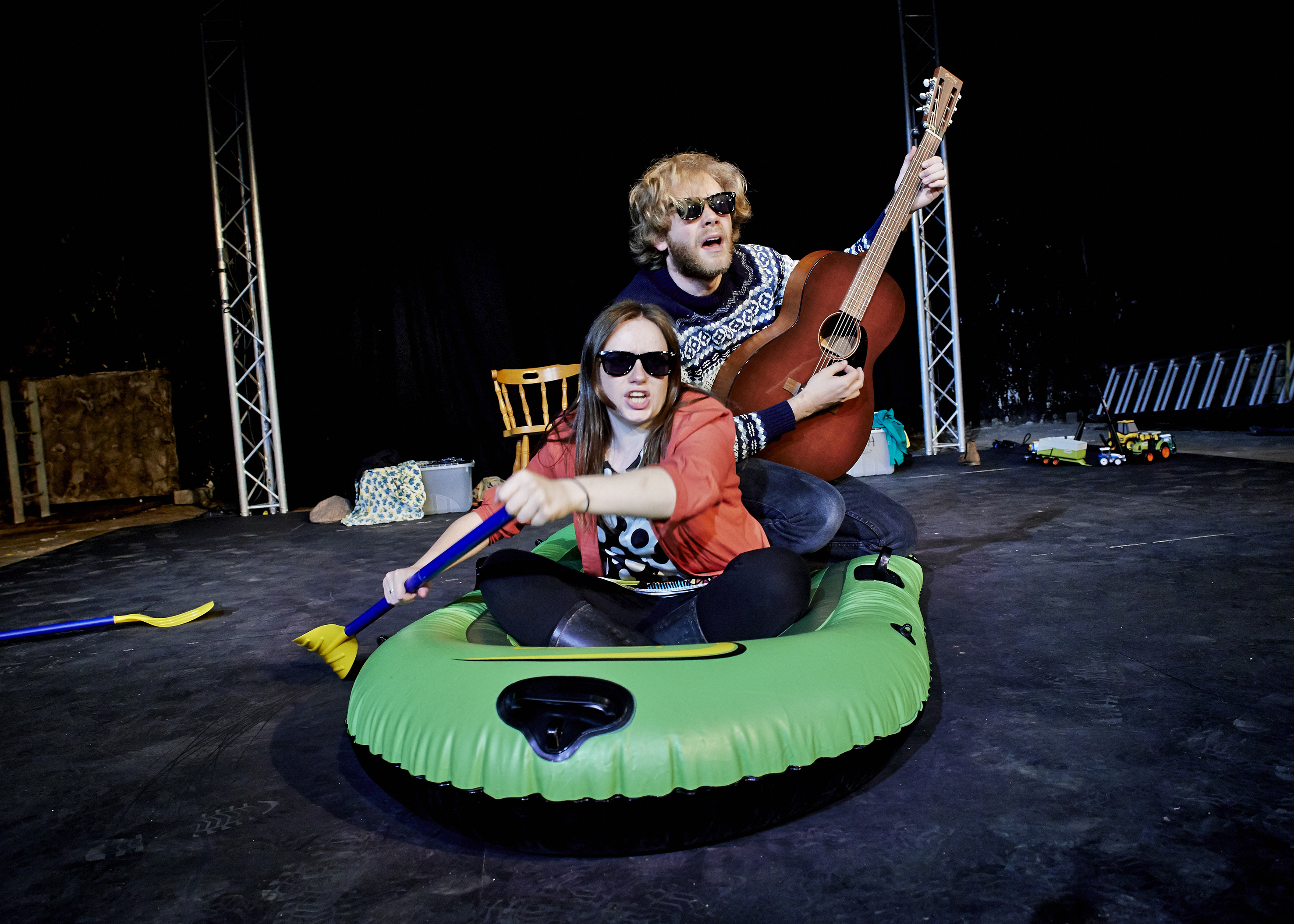 The highlight of the production for me was hearing snatches of bilingualism: some of the melodic Welsh was translated, but other phrases remained obscure. As explained by Buddug: “I speak in Welsh, because it’s sexy”, suggesting a whole foreign world of experience beyond what we assume Welshness to be. If anyone had remained unconvinced by the cast’s acting and singing, then complementary Welsh cakes at the exit would prove a sure way to the audience’s heart: a production well-deserving of the S4/C Welsh news coverage received for its London debut.