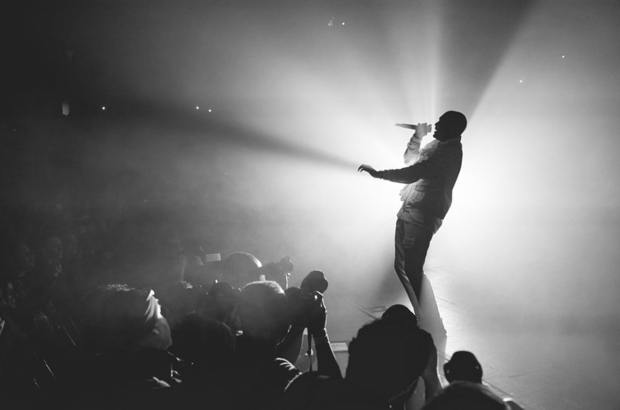 IMOGEN DICKINSON reviews Kano’s 2019 performance at the Royal Albert Hall in light of Kano’s Mercury nomination for his album, Hoodies All Summer.

Last October I had the unexpected opportunity of seeing Kano live in a sold out performance at the Royal Albert Hall. This was part of the Albert Sessions and to celebrate the release of his sixth studio album Hoodies All Summer. With a venue as iconic as the Royal Albert Hall, this concert promised something great, and Kano did not fail to deliver.

Kicking off the proceedings was Kojey Radical, a fellow East London rapper with undeniable amounts of talent. An energetic and engaging performer, his new album Cashmere Tears – detailing his struggles with mental health – provided a refreshing outlook on a topic rarely spoken about in male communities. Kojey was followed by The Heartless Crew, a garage group who turned up the volume yet again. The repeated statement that this evening was ‘historic’ was perhaps nothing shy of the truth, and the desire to be part of it was palpable from the performers.

Kano, accompanied by a string ensemble and gospel choir, entered the stage in a striking all white outfit. The ensemble and choir were also dressed in white, allowing the music to take centre stage, with Kano utilising the acoustics of the Hall to full effect. My personal highlights from his performance of his new, now Mercury nominated album, Hoodies All Summer, were Trouble and Teardrops, which combined lighting techniques, background accompaniment and hard-hitting lyrics to deliver emotive performances. Like much of Hoodies All Summer, Trouble and Teardrops administer a powerful social commentary on the life Kano and many others face growing up in London, and also the UK more generally. In particular, he highlights the pervasive issues of knife crime and police negligence of black communities. Put best by Kano himself, ‘the weak won’t last a week in shoes like our ones, when it rains it pours, hoodies all summer ‘cause teardrops from the sky only seem to fall on you and I’ – an eloquent acknowledgement of the inequalities of our society. In the wake of BLM protests, these lyrics and this album are more important than ever.

It was his older material, however, that provided the most electric atmosphere at the concert. P’s and Q’s and This is England from his fifth studio album Made in the Manor had the ground shaking. The epitome of this was in 3 Wheel Ups, which contained a surprise performance from London rapper, Giggs. There were also appearances from Ghetts, Lil Silva and D Double E. These performances served not only as an added bonus to the audience, but also highlighted the respect and support Kano has within the industry and his desire to showcase other talent, making his Mercury nomination all the more deserved. With no expense spared (in addition to the choir and string ensemble) performances featured a brass ensemble, a sousaphone battle, and an entire steel band for his performance of the song Pan-Fried. A fan of grime or not, you would be hard pushed to have left the room without a newfound appreciation for Kano and his music. Kano’s own response to the night, announcing that he simply had ‘no-words’ was a feeling I imagine many who attended shared. Whether historic, epic, or indescribable, what was clear was that we had witnessed something special.

Kano may be made in the manor, but a Mercury nomination is exactly the recognition due for such a talented artist. Given the notorious unpredictability of the Mercury Awards, whether Kano will win or not is anyone’s guess. Nevertheless, for anyone who has listened to his music or attended one of his shows, it is obvious that this album is deserving of all the acclaim it receives.

Hoodies All Summer was released on Parlophone Records on the 30th August 2019.