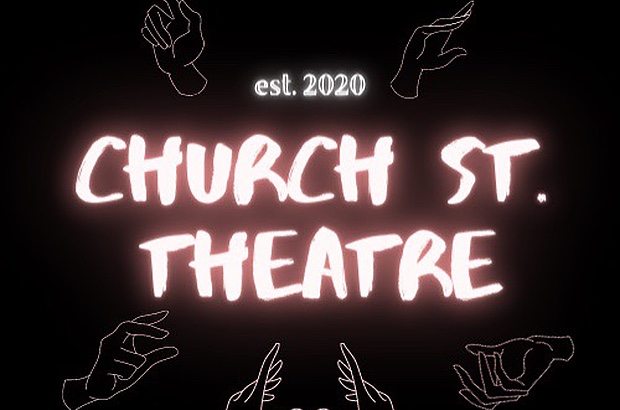 What inspired you to set up Church St. Theatre?

THOMAS: I suppose the right thing to say here is that, at the start, I didn’t. Beth did and, once she proposed it to me, I couldn’t get enough of the idea. Beth and I both had plays on in the past year, and we’ve always said to each other how much we admired each other’s work, so not only did the opportunity to do something with her excite me, but also the fact that it would allow us to work with other writers, actors, directors and designers of our age and take our work to the next level. Also, since the coronavirus basically closed down a lot of the channels that would otherwise have been open to us, it seemed the perfect way to reopen those channels and work creatively with people as passionate about theatre as we are.

BETH: We seek to provide an opportunity for young theatre-makers to network and establish connections with one another, and the space to create their own work where they and other young people are entirely in control of both the material and the way in which the production is executed. Many professional theatres boast young companies or affiliates of a certain age bracket, however Church St.’s managerial team is comprised (currently, at least) entirely of individuals of this same age demographic. Hopefully this makes us more approachable as a company, as well as more easily accessible. We’re also a rather novel company in that our prioritisation of young writers is not often seen in many of these ‘young companies’ which focus primarily on actors and directors. Though we recruit for most of the roles necessary in the production of a show (we intend to expand beyond directors, actors, and writers in the future to designers etc.), we encourage the writer to be involved in every stage of the process. We also offer feedback and guidance for those who submit their script, who may not have had access previously to such things in a professional context or are yet to have developed relationships with professional theatrical establishments. Church St. was, ultimately however, borne out of being deprived of seeing theatre and the ensuing desperation to make our own.

What is the story behind the name Church St. Theatre?

BETH: The name can only be attributed to my good friend and flatmate, Sam, who I force to come and sit and listen to me ramble on about theatre at least twice a day. I was discussing what would then become Church St. Theatre with him but couldn’t think of a name. He suggested Church St. because it’s our address, and I liked it because it makes us sound a bit more professional than we actually are.

THOMAS: The street Beth lives on is called Church Street. It’s as simple as that. Her name though, not mine, and thank goodness for that because Hungerford Road Theatre would surely have been shortened to HRT, which might have given a wrong impression about the kind of group we’re starting.

Talk to me about your artistic and theatrical vision for Church St. Theatre

BETH: We’re incredibly inclusive and encourage script submissions of any style or genre regardless of the writer’s previous experience, or lack thereof, for writing for stage. The longest part of the process is in producing a play is, for us, the editing stage – we’ll try and guide the writer to fully realising their intention with a piece and the correct means of articulating it, so no one should feel discouraged from submitting. If you have a promising embryonic idea, we’ll help you develop it – we don’t demand immediate perfection, though we do want scripts that possess a sophisticated initial idea and voice. Naturally, we also strive for socio-political inclusivity (as is, fortunately, the case with most theatre companies now). Church St. was established with the aspiration of creating a community of interesting and diverse individuals who can foster relations with each other. We don’t have a niche or (beyond our age-bracket) a certain demographic; we simply want to make theatre with others who are equally invested, passionate, and talented. That being said, we actively encourage submissions from underrepresented minorities and are working to diversify our managerial team/company of dedicated affiliates.

THOMAS: I hesitate to call it an ‘artistic vision’ because, as it stands, my primary goal is to create the sort of space where people feel comfortable and [are] supported achieving their artistic vision. The extent to which we are artistically unified is entirely dependent on the people who respond to our call-outs. When a writer wants to do comedy, we want to be able to support them as much as we would if they’re doing a tragedy. Setting out a manifesto of ideas, opinions and styles that we all have to stick to seems counter-productive to that goal and, if we are eventually to do that, I hope it would come about naturally through the work we produce. 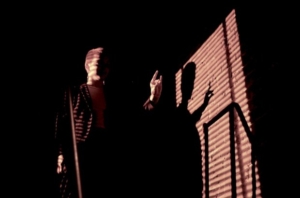 In an Instagram post on the company’s page, you both give an insight into your theatrical backgrounds and interests. If you both had to choose one play that influenced you, which would it be and why?

BETH: There’s no single play that’s influenced me above all others, but rather, I’ve been introduced to plays in certain periods of my life when the effect or message has been exacerbated by an already present hunger for that sort of art. Also, with everything I’ve ever written – from an extensive play to a three-page monologue – there’s always been some distinctive influence behind it. My first play was a bit of experimentation with Martin Crimp’s style (I’d just seen When We Have Sufficiently Tortured Each Other), but the play I’m writing at the moment could be described as a combination of Chekhovian explorations of domesticity and frictional community, with more modern plays’ (such as Simon Stephen’s Port, Leo Butler’s Redundant, Samuel Bailey’s Shook, or Alice Birch’s [BLANK]) exploration of poverty, disenfranchisement, and the malevolence that arises from boredom. Ultimately, however, the play which certainly provoked me into pursuing playwriting as a career and hobby was Tennessee Williams’ A Streetcar Named Desire at the Royal Exchange Theatre in Manchester, which I saw at the all-too-impressionable age of sixteen. Though it doesn’t represent the sort of writer I want to become, it implanted an insatiable need to write drama myself. I came out of that theatre entirely changed as a person. I don’t think that I’ve ever seen a piece of drama that hasn’t influenced me in some minor or significant way, even if that’s merely down to the way lighting has been utilised in a particular production – that’s why I simply try and see everything I can, because there’s nothing truly to be lost from seeing something that I don’t personally enjoy, even if I struggle to stay awake beyond the second act and I’m in my overdraft again.

THOMAS: This is such a difficult one to answer because different plays teach you different things. Angels in America taught me that the more creative and ambitious your approach to a subject, the more interesting your conclusions will be, and Stephen Sondheim taught me you can still be entertaining without compromising your ideas or principles. I think my choice would be The Glass Menagerie though simply because it’s everything any playwright wants to achieve on-stage. While the tragedy is what lingers with you after seeing it, it’s really a play about memories, and all the regrets, small pleasures and messiness that comes with them. It does everything perfectly, the best example of picking a topic and revealing its emotional truth through narrative which, at the end of day, is what it’s all about. 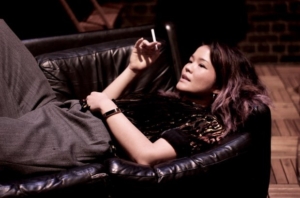 What challenges do you think you will face in the early days of Church St. Theatre?

BETH: Conveniently, we’ve established a theatre company in the midst of prolonged closure of theatres around the world. The fact that we are currently unable to logistically stage anything in front of a live audience is an enormous problem, though we’re optimistic that theatres will be opening – at least with reduced capacity – in the near future. Hopefully, in the next few months we’ll also be able to have some sort of revenue and will be able to pay our collaborators, especially those working professionally in the industry, though that’s largely dependent upon ticket sales, and therefore, actually having a live audience. At the moment, we’re looking into rehearsing minimalistic pieces (monologues, or plays without much set design elements) and filming them on a stage to keep the theatrical integrity intact, and then reviving them once theatres open as a live performance – a bit like what the BBC and the Bridge Theatre have just done for Talking Heads. If that doesn’t become possible by winter, we’ll plan to arrange scratch-nights and read-throughs with a small audience, hosted at my flat.

THOMAS: The worldwide public health crisis isn’t ideal, but it won’t stop us finding ways to be creative and make theatre so we’re ready when they re-open. I think that, other than that, the main challenge will be working out who we are as a company, the kind of things we’re going to do, and the manner in which we want to do them, which is a pretty exciting challenge to have. We’re desperate to do that with the people who are submitting plays and signing up to be directors so, if you love theatre as much as we do, come hang with us and we’ll overcome that challenge together.

Finally, when can we expect to see the first show on stage?

BETH: Certainly, we’ll do all that we can to present something to a live audience within the first three months of theatres reopening, but it’s a precarious time for the industry and we don’t wholly know what to expect once they do start to open again. The lack of governmental transparency regarding live performance makes it all the more difficult, but we’re producing some introductory content for our company now, which should be filmed and then produced live as a showcase of sorts at a later date. Hopefully, within a year, we should be putting on plenty of live performances, though we should be using the time we have now to collate a selection of great pieces so that we can hit the ground running once normality resumes.

THOMAS: There are no definite plans yet because the theatres are still shut and we’re still receiving and going through submissions, but Beth and I are writing some monologue pieces that will be filmed and put up as a little introductory thing. We’re looking for directors to do that with us right now, so send us an email if you feel like getting involved.

You can find Church St. Theatre on Instagram at @churchsttheatre.

They are also accepting submissions for short scripts – if you are interested, drop them an email at [email protected]