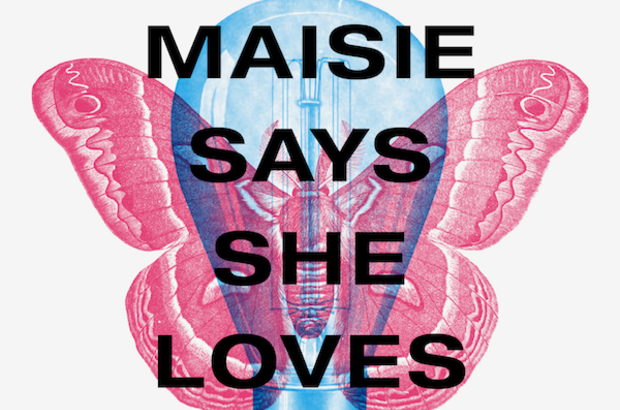 ROSEMARY MOSS talks to writer and director David Aula about his new show Maisie Says She Loves Me, playing at the VAULT Festival this week.

At a time when aggressive, macho men dominate the political world, it can be a comfort to encounter those who are unafraid of voicing their vulnerabilities and insecurities. David Aula, director and star of Maisie Says She Loves Me, one of the last in a series of plays at the VAULT festival, strongly advocates the need to redress perceptions of masculinity in society. Through the monologue of protagonist Sheldon, the play hopes to send the message that in order to be ‘full humans, worthy of partners and being loved, [men] not only need to be highly respectful of those around them but of themselves and have emotions, be vulnerable, and open themselves up to feeling and failing’.

Aula is experienced in all aspects of theatre. Variously a director, actor, writer and workshop leader, it is obvious that his affinities do not lie solely with adapting old material. FallOut Theatre (the company he co-founded with Dr Abigail Rokison in 2007) is ‘committed to the drama of aftermath, the beauty of chance, and the overwhelming energy of conflict’. Aula is an artist unafraid to provoke and challenge, and his new project delivers on both of these fronts.

The play is the latest in a long line of artistic collaborations between David and writer Jimmy Osborne. The two met while at university: Osborne, ten years Aula’s senior, was the go-to man for drama room bookings, and after watching the youth appear in a few shows (so as to make sure he ‘wasn’t shit’), the two began a long working partnership. Osborne is writer in residence at FallOut Theatre, where the two have co-adapted Ian McEwan’s The Cement Garden and staged on Osborne’s original play MEAT, a ‘play about the nature of justice in the twenty-first century’.

The friends have a symbiotic creative relationship: whereas Jimmy is concerned with the ‘inner world of people’, Aula says he is the visual inventor, invariably ‘looking for ways to make the ordinary extraordinary’. While David initially expected just to direct Jimmy’s new work, he soon felt he could bring something unique to the role of Sheldon. Aula recalls that many of the characters he has previously played share a similar arc; they can appear foolish or naive, but under the surface, they can be dangerous or difficult. At the centre of this piece is the conflicted Sheldon, battling with his perception of himself and his masculinity during a romantic relationship with the eponymous Maisie. Aula saw that the way to make such a problematic and conflicted character like Sheldon work would be to inject a lightness into the performance, carving out an accessible route into an otherwise confused and problematic psyche.

In this production, individual members of the audience are implicated as the characters in Sheldon’s life. The audience interrupts the monologue as David ‘[bestows] a character upon them’. Aula finds that this freshens and skews aspects of the material each night, depending on the nature of the audience and how they respond to his interactions, which accentuates the vulnerability of his character and the precariousness of his performance.

Part of Sheldon’s struggle is his inability to talk to Maisie openly and make her a ‘full, proper three-dimensional character’. Yet paradoxically, Aula’s choice of staging becomes a ‘group sharing’ arena. Aula considered inventing Sheldon as a therapist who takes over the group therapy session (created by the active audience) to share his story. Clearly the piece aims to go beyond the monologue, reaching into the world outside the story and represented by the audience. For Aula this heightens the cathartic nature of the material, thereby emphasising the issue as something that needs to be vocalised.

Maisie stands as another step in the changing presentation of male characters in drama. As Aula recognises, the typical male monologue deals with the ‘grand plan or the grand philosophical idea’, with an ability to touch on profoundly abstract concepts yet ultimately detached from anything truly personal. Now, fortunately, there appears to be a growing shift towards a pattern of displaying the frighteningly intimate emotions in the mundane everyday. Sheldon exemplifies this change in action: his problem ostensibly has no worldly importance more than that of a 30-year-old man ‘trying to work out how to be loved’. Aula’s voice is just one in a growing tendency – typified by Grayson Perry’s The Descent of Man – to make men comfortable with the notion that they can allow themselves to display their vulnerability. For Aula, richer experience and better relationships can flourish if one can ditch the machismo.

Aula has several new projects in the works. There is talk of taking his previous production, The Vanishing Man, to Edinburgh. He also hints at another project in the pipeline with FallOut, perhaps centred on artificial intelligence, as well as a new collaboration with Osborne focussing on the plight of young adults in Scarborough as they try to escape poverty.

But, for the time being, Maisie Says She Loves Me seems to be an utterly fulfilling and affirming experience for Aula. Every night, Aula gets to know the audience, gaining a deeper insight not only into himself, but the families, friendships and relationships of strangers. In no way should this monologue be branded as an individualistic experience. It instead should encourage us – and particularly men – to realise and open up about trauma in everyday life, rather than stifling our emotion, and in doing so, ourselves.

Maisie Says She Loves Me is playing at the VAULT Festival from 1st – 5th March. Find tickets and more information here.