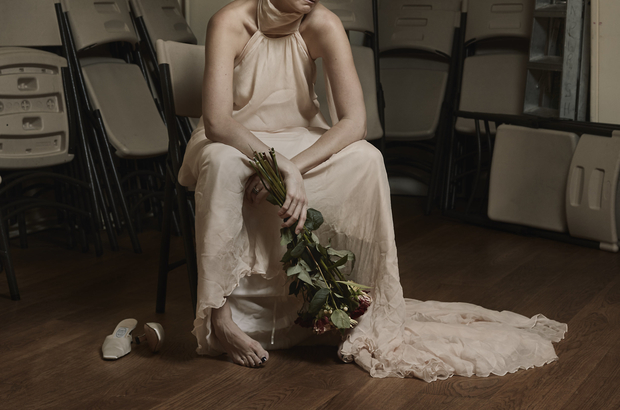 JAMES WITHERSPOON reviews Pop-Up Opera’s I Capuleti e I Montecchi at The Vaults.

There’s something thrilling about the offbeat venue of The Vaults, a series of darkened spaces, accessible only through dimly lit passages of the grungy tunnels under Waterloo station. James Hurley’s modernisation of I Capuleti e I Montecchi matches the space perfectly precisely in its incongruity; the audience sits amongst the cold stone of a fluorescently lit railway arch, witnessing a highbrow production of an esteemed classical Italian opera. It evokes in many ways a feeling of the forbidden – a clash of two cultures, a juxtaposition that draws out the best of both in this odd couple. The great composer Bellini’s telling of the age-old Romeo and Juliet tragedy proved to complement the dingy space exceptionally. Indeed, it gets one thinking about how classic art forms – distanced in the modern age by their archaic nature – can be reinterpreted to excite a new audience.

Both leads flourish, with Flora McIntosh as Romeo exerting her deeper, richer tone coupling perfectly with Alice Privett’s soaring melodies as Giulietta. Berrak Dyer’s piano accompaniment was equally moving, played with the ease of a knife swiping through butter. The musical class and vigour brought the performance together perfectly. On account of the opera’s being written in 1830, social roles and interactions are expectedly dated, yet the urgency of the railway tunnel and the use of firearms help to dispel the centuries-old dust. The modernisation is further aided by a series of intermittent, almost casual translations which appear projected onto the wall (think more ‘get back here you little shit’ rather than ‘thou shalt not runnest away from me’). Although perhaps responsible for a couple of inadvertent laughs, modern wording really aids in drawing the audience into the experience. In this way the performance has been made more accessible to audiences unfamiliar with opera, while preserving its authenticity, as the words themselves remain untouched. Love and violence emerge consistently in the arts across time and culture, and can provide a still molten emotional core. Hurley has exploited this in choosing a piece that leans on emotional heft rather than narrative verve to capture his audience.  This envisioning of I Capuleti e I Montecchi seems like the perfect springboard to propel a modern crowd into infatuation with a less accessible art form.

Instead of what opera-goers were treated to in the 19th century, one would imagine, Pop-Up Opera stages a situation not entirely unlike Quentin Tarantino’s Reservoir Dogs, with the multitude of characters constantly threatening each other with raised pistols, the entire audience just waiting for the loud crack of gunfire. The modern flavour of this setup is perfect for inducing a 21st century audience to live and breathe a production rooted in the past. By using the venue almost as a character in itself, the violent and seedy nature of the gangs are heavily accentuated. In this way, without manipulating the script, the audience is allowed to form a connection between antiquated Verona and a cutting-edge London, and feel the emotions that Bellini had intended for his contemporary viewers. Though the production is touring, all its venues of choice hold a similar aura to The Vaults, including the Brunel Museum Thames Tunnel Shaft, and the abandoned chapel of The Asylum in Peckham. The importance of performance space has clearly been identified by the creatives behind this project, as it is not merely a stage but a vehicle for bringing a sidelined artform to the masses.

Indeed, it flows naturally on from this to confirm that Pop-Up Opera’s production of I Capuleti e I Montecchi is a brilliant success in finding the balance between modernisation and preservation of  a traditional artform. Hurley is able to take a somewhat old-fashioned text, chosen correctly for its modern features, and transport it to a distinctly post-industrial venue that feels both decidedly modern and enticingly dangerous. In this way, combined with relatable translations, the audience is able to feel connected to the main characters, and thus become gripped in their struggle. As such, it seems to be a perfect example of how to translate archaic masterpieces into a contemporary sensation – something many productions fail to achieve – and how to engage a modern disconnected audience in order to prevent classical forms from dying out.