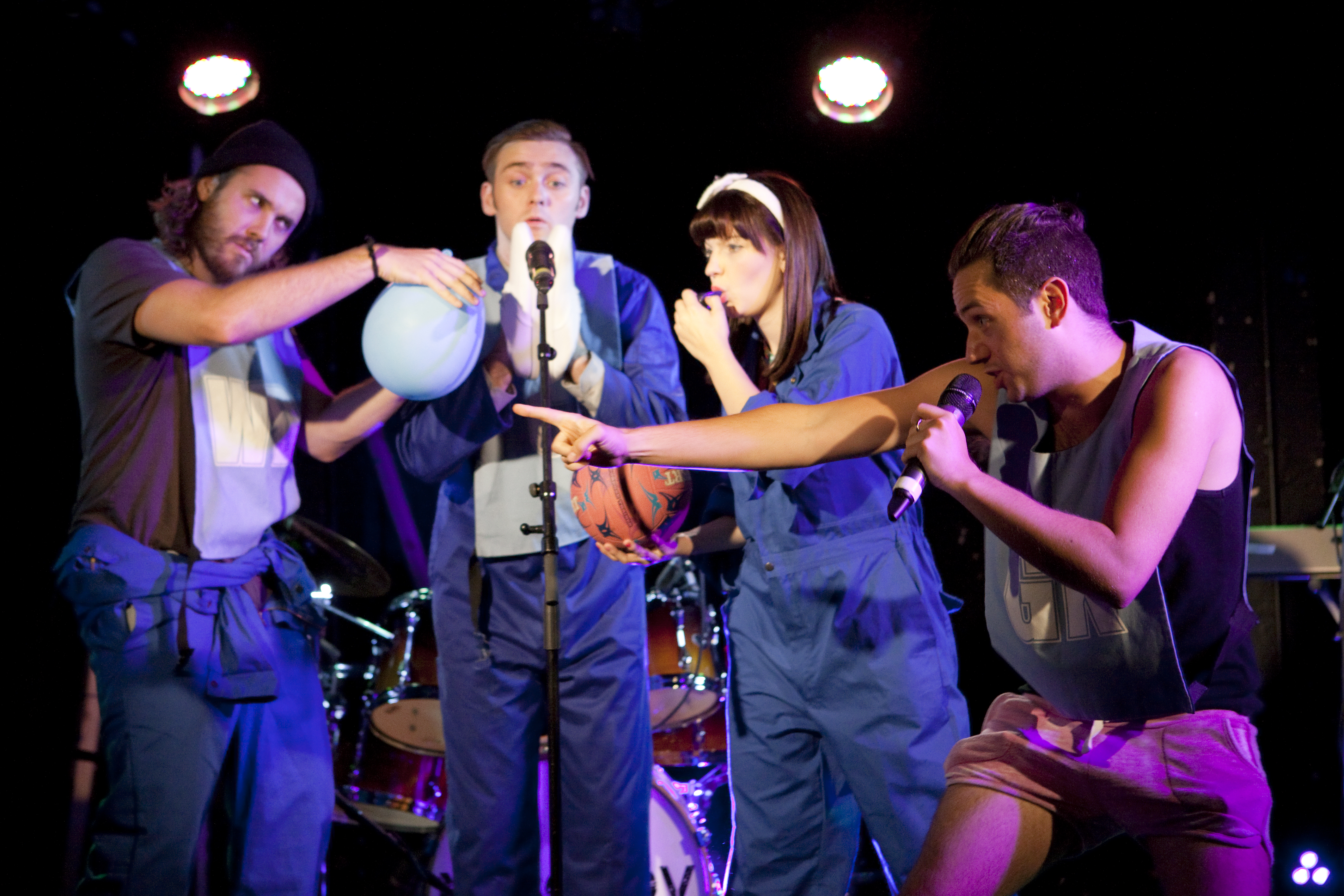 Silence is a powerful tool in theatre: done right, it creates poignancy and enhances overall comedic timing; but done with a heavy-hand, awkwardness inevitably ensues. In ‘Symphony’ – a rollicking treat born out of a collaboration between the award-winning nabokov, the Soho Theatre and Snorkelling Team’s Ed Vaughan – silence is rare, interspersed cleverly amidst the roaring electric guitars and drum beats.

Bright lights (pink, blue, purple and red, reminiscent of a Lily Allen concert, circa 2008) distinguish each play, but they also connect them. This world, we’re told, is larger than life, a caricature of reality; this is theatre, so much like our world, only brighter. 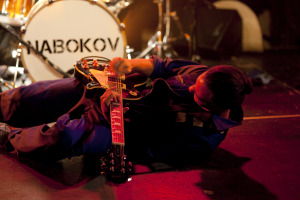 The show is made up of three short plays by acclaimed playwrights Ella Hickson (‘Wendy and Peter’), Nick Payne (‘Constellations’), and Tom Wells (‘Jumping the Goalposts’, ‘The Kitchen Sink’). Their characters are the play’s most charming aspect: quirky, neurotic, eccentric and sometimes just plain strange, and it was easy to love them even if you only knew each one for an average of 15 minutes.

The actors (Jack Brown , Katie Salt, Iddon Jones, Liam Gerrard) all bring to life the insanity of each character. They also have musical talent in spades and they seem to be able to play just about every single instrument that comes up on the stage: bass, electric and acoustic guitars, drums, violin, xylophone, etc. The play brims with music, helping to define characters and create different atmospheres – silly Zoey Deschanel music for the Londoner Rose (complete with floral dress and brogues), or Nickelback-esque rock for one of the awkward heroes. 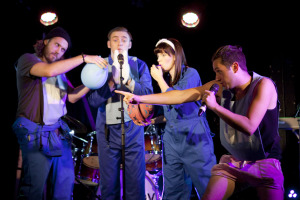 At the heart of the play though are voices lamenting disconnection. One such character is Jonesy, who recounts a young pubescent boy’s misunderstanding of reality and expectation – a la Joseph Gordon-Levitt in ‘500 Days of Summer’. His voice flips between the reality of his quavering falsetto and his internal, self-assured tones. Similarly in ‘This Is A Love Song for the People of London’ Alex and Rose continually failing to connect with each other on their daily commutes, whilst ‘My Thoughts on Leaving You’ charts the rise and fall of a relationship of two people who expected more than they should.

The plays are largely made up of monologues; lamentations to the audience, which allow them only a vague glimpse into the characters’ minds and expectations. This frustrates the desire for a more three-dimensional perspective of them, and cleverly limits the audience’s knowledge in the same way that the characters themselves fail to make connections with those around them.

‘Symphony’ is in many ways a contemplation of the the isolation of London; the city, and the impossibility of truly knowing anyone. It’s also, if anything, funny. This is why you should go see it – t’s warm, unusual and undoubtedly one of the best Soho Theatre has to offer.

‘Symphony’ is playing at the Soho Theatre until the 30th of November.  To find out more please click HERE