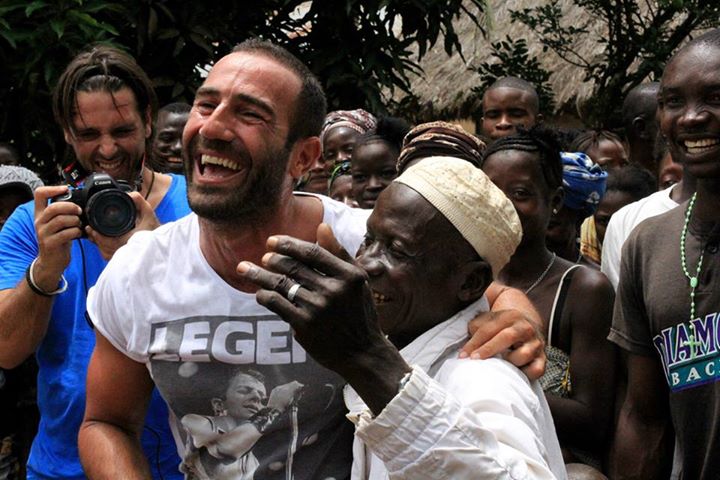 When I see ‘development’ and ‘documentary’ in the same sentence, I’m not sold. Whatever ‘documentary’ this is to be, I feel as though I have already watched it a thousand times. Images of misery and sentimental dialogue will culminate in an uninformed conclusion about how much we should pity Africans. It is a sad truth that the majority of development documentaries reinforce the same situations they venture to challenge, by cultivating the perceptions partly responsible for these situations in the first place.

Yet, I daresay, Immersion is different. It’s true that it surveys Africa from a predominantly Western point of view. However, where it differs is in making no claim to objectivity and no effort to dispel this initial standpoint. Immersion is sincere and sufficiently self-aware, assuming neither omniscience about development, nor an attitude of self-righteousness. It looks at Sierra Leone through the eyes of an average Westerner, and that is exactly its point.

This approach turns out to be superbly clever, given that the goal of the documentary is to introduce a largely uninformed audience to development for the first time. Sponsored by Action Aid, and presented, directed and produced by Antonis Kanakis, a renowned figure of Greek TV, its target audience is primarily Greek; however, do not let that put you off. Kanakis is a simple, funny, and incredibly energetic guy, who holds no pretensions about his aim; he is an average European visiting Africa for the first time, with no preconceptions but the ones imposed on us all by popular development discourse. As a result, Kanakis is astoundingly easy to identify with, and the viewer is bound to find themselves lost in Kanakis’ narrative, travelling with him on his journey.

Despite the subject matter, Kanakis achieves a remarkable balance between wit and seriousness. With charming innocence and humour, he points out all the things that any Westerner visiting Africa inevitably observes – the terrible roads, the omnipresent Coca Cola advertisements, the warmth of the people – so much so that the naive excitement with which certain situations are approached is not always entirely appropriate. Nonetheless, this is a necessary downside of a genuine account of a Westerner’s trip to Africa, and anyone can recognize their own failings mirrored in Kanakis as he finds himself in such a foreign environment for the first time.

As the voyage progresses, so too do Kanakis’ observations; he questions his intentions and doubts his own utility. By the end of the journey, he comes to ask all the fundamental questions surrounding international development: What is development? What is civilization? What does it mean to be rich, and who’s actually better off, given that, with all our opulence, we seem to be so unhappy? Whilst never fully shocking his audience, Kanakis’ reflections reach a satisfying level of critique. What’s more, the documentary takes an appreciably rounded approach to development, going beyond the general to incorporate discussions of gender, health, politics and education.

To someone with strong opinions on international development Immersion may feel a little underwhelming. However, it is worth recalling that the film is not aimed at development experts but everyday people, so sit back and simply try to enjoy the ride (if nothing else, your senses will be highly rewarded – the cinematography is absolutely astonishing). Yet for those with little first-hand experience of Africa looking for an honest, unpretentious, first-person account of the experience, Immersion is heartily recommended.