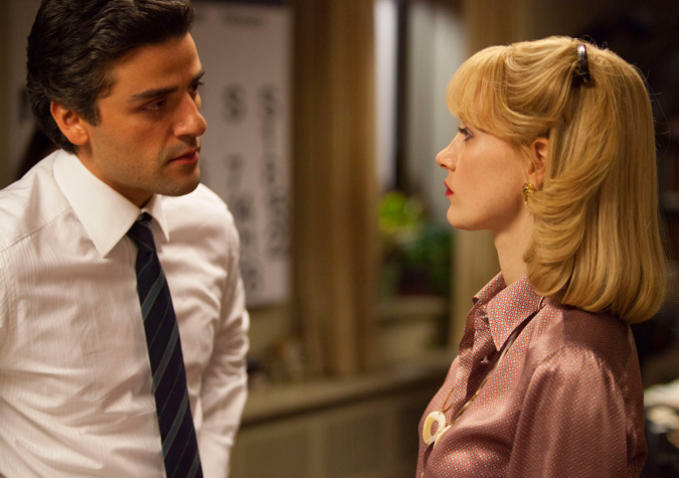 LOUIS CROSS gives a guided tour through J. C. Chandor’s career in cinema so far: with just three films under his belt Chandor is already establishing himself as one of Hollywood’s hottest properties.

Versatility is a quality under-appreciated in contemporary cinema, often foregone for the sake of consistency and reliability. The ‘If it ain’t broke, don’t fix it’ mentality has become a defining characteristic of the American film industry, not just for the blockbuster guns-for-hire, but also for some of the medium’s most original creative minds, such as Quentin Tarantino, Wes Anderson and Christopher Nolan.  This is not to dismiss the indisputable talents of these filmmakers, but one cannot help but think their last few films have felt like rehashes of the efforts which christened them innovators of their medium in the first place. While it is no small feat for an artist to create their own unique style, there is a need for filmmakers to exhibit a greater sense of daring experimentation in their work.

The name J.C. Chandor may not ring as familiar as some of the more prestigious filmmakers working today, yet he is arguably the most chameleonic creative working in the film industry; his impressive work rate of three films in as many years has not dampened their artistic merits one bit. While by no means a household name, Chandor has proven himself one of cinema’s finest emerging talents, exhibiting a great ability to get the best performances out of some of Hollywood’s finest actors. He has a perceptive ear for dialogue, a powerful visual aesthetic and perhaps most interestingly, the ability to endow superficially uninteresting plots with a startling sense of tension and thematic resonance.

At first glance, the financial crisis of 2007-8, a solitary old man lost at sea and the heating oil business in 1980s New York City appear topics unsuited to the cinematic medium. Yet under Chandor’s insightful eye, they have formed the concepts for some of the young decade’s most fascinating films, engaging timeless themes such as greed, mankind’s ability to survive and the American dream with a directness few filmmakers are willing to do.

Chandor’s debut effort Margin Call (2011), resuscitated from limbo on the Hollywood Blacklist, was released to critical acclaim after a successful première at Sundance and boasted an ensemble cast crammed with enough talent to make any first-time director envious. Examining the beginning of the economic recession, which has become such a focal point of our generation, the film confronts the corruption and brutality of modern capitalism. There are no heroes here, with the characters indulging in their innate sense of self-preservation rather than a desire for the common good, while those willing to resist succumb to the same notions of greed and power by the end.  The film features strong performances from members of the Hollywood elite such as Kevin Spacey, Jeremy Irons, Paul Bettany and Stanley Tucci as well as relative newcomers Zachary Quinto and Penn Badgley. Margin Call’s greatest strength, however, lies in its lean, sharp script. Characterized by quick-fire financial jargon, Chandor’s skills as a writer-director ensure that the audience can follow the narrative easily without getting lost. For his efforts, Chandor was nominated for the Academy Award for Best Original Screenplay, signalling his talents to the high-powered studio executives otherwise preoccupied with their umpteenth film about the Second World War.

Instead of following in a similar vein, Chandor’s sophomore film All Is Lost (2013) represented a 180-degree turn from Margin Call, and showed just how versatile a filmmaker he is. Where his debut was driven by crackling dialogue, All Is Lost is almost completely devoid of speech and features just one actor: Hollywood royalty Robert Redford, who delivers one of his finest performances to date. While on paper Margin Call might have sounded dull, All Is Lost sounds downright unfilmable. Yet, in testament to both Redford’s magnetic acting presence and Chandor’s dynamic direction, the film is one of the most absorbing survival tales ever made, capturing the unnamed hero’s desperation and resilience with a palatable sense of humanity and pathos. All Is Lost eschews the flashbacks of a number of more popular survival tales such as 127 Hours, Life of Pi, Gravity and Lone Survivor and instead engages the subject with a relentless focus. About as radical a departure from a debut as one could possibly imagine, Chandor demonstrates his mastery of visual storytelling is as refined as his crackling dialogue.

Chandor’s third and most recent film to date A Most Violent Year (2014), criminally overlooked in the awards season in an overcrowded year, is yet another creative left turn, while at the same time building upon the same themes of his previous efforts. Set in 1980s New York City, a grimy metropolis far from the pristine skyscrapers which characterized Margin Call, the film echoes the early works of Martin Scorsese and Francis Ford Coppola as well as other New Hollywood filmmakers such as Sidney Lumet and Sam Peckinpah. The film follows ambitious young immigrant Abel Morales, played with a simmering, reptilian intensity by rising star Oscar Isaac, (reminiscent of Michael Corleone of The Godfather Trilogy) and his scheming wife, played with chilling ruthlessness by Jessica Chastain as their attempts to expand their heating-oil business during one of the city’s most violent years on record are stymied by hostile forces. Despite its title, the film resists urges to indulge in excessive sequences of shocking violence, a trait exhibited by a number of Chandor’s contemporaries. Instead, the film’s sense of restraint is rewarded with a building sense of constricting tension, which reaches a devastating emotional climax. A thematic successor to Chandor’s previous two efforts, the film examines the corrupting influence of the American Dream and the morally compromising decisions made in order to survive, and thrive, in the face of adversity. While cops and criminals represent more glamorous figures in crime dramas, Chandor manages to present a fascinating account of the people who are not so easily categorized, yet are forced into equally uncomfortable moral dilemmas.

Throughout all three of his films, Chandor grapples with issues that are simultaneously timeless and reflective of the state of the human condition today. However, unlike many of his contemporaries working in independent cinema, his films are not tedious experiences which leave non cinephiles baffled and bored. Not since the recently-retired Steven Soderbergh has a filmmaker so seamlessly merged arthouse sensibilities with an accessible sense of base enjoyment. Through his works, Chandor has managed to recall the talents of the unparalleled New Hollywood era of 1970s cinema while establishing his own unique and modern aesthetic.