As a massive Smiths and Johnny Marr fan, it is slightly difficult for me to avoid bias. Johnny could show up and play one solo for an hour and I would probably still love it. That being said, my expectations are set quite high because of this. From seeing him live before, most recently up close at the BBC Studios, I know that the audience is pretty much guaranteed a great night. Due to my frequently seeing him live, though, I’ve started to wonder as to whether he wouldn’t be able to impress me any longer. Apparently nothing is impossible for the man.

As the lights go out at 9pm sharp, bright letters light up the new album title, Playland, which is also the title song he opens with. Soon afterwards he plays the classic Panic as the second song. This sends the crowd into frenzy and the atmosphere is set for the rest of the night. 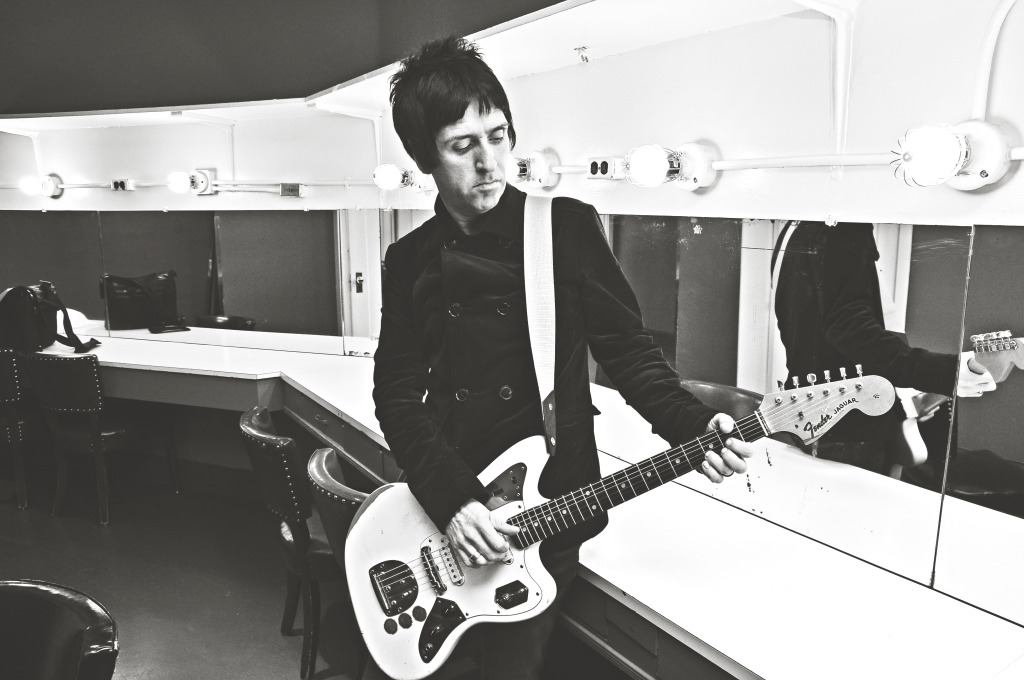 The set list was a varied mix of songs both old and new, and Smiths fans were well satiated with Johnny playing 6 tracks from their storied history. The fact that Johnny is a genius guitar player has already been established for a long time now, but songs from the new album show that he has grown as a songwriter as well. Johnny has toured relentlessly this past year, and it shows, he has become much more comfortable in the spotlight.

The admiration for Johnny amongst the audience was palpable, this was felt most when he dedicated There is a Light that Never Goes Out to “everybody in the room…and nobody else”. A day before the gig, rumours started to circulate that Noel Gallagher would join Johnny on stage for the show. As the show went on, a smattering of devoted Gallagher fans wearing Oasis T-shirts were starting to question whether there was actually any truth to the claim.

Doubts were culled the second a red Epiphone was brought on stage for the encore. Soon afterwards Johnny announced the arrival of his good friend and Noel joined Johnny for his two final songs. The two proceeded to end their brief interplay after rocking out to How Soon Is Now. The night could not have ended more perfectly. My expectations for the next inevitable concert have been raised incredibly, and I’m sure he will please once again.